Unusual weather has ‘flipped the norm’ and left parts of northern Scotland enjoying warmer temperatures than the freezing southern England, the Met Office has said.

An overnight low of minus 8.6C was recorded in Benson, Oxfordshire, on Monday, whereas a comparatively balmy 10.6C was registered at Altnaharra in the Highlands, it said.

Met Office spokesman Oli Claydon said: ‘It’s relatively unusual – we obviously expect it to be the other way around, especially at this time of year, but, due to the position of high and low pressure around the UK, it’s flipped the norm.’

He said temperatures will ‘start to even out’ by Wednesday but there will still be a ‘little bit of disparity’ with it likely remaining a ‘bit colder in the south’. 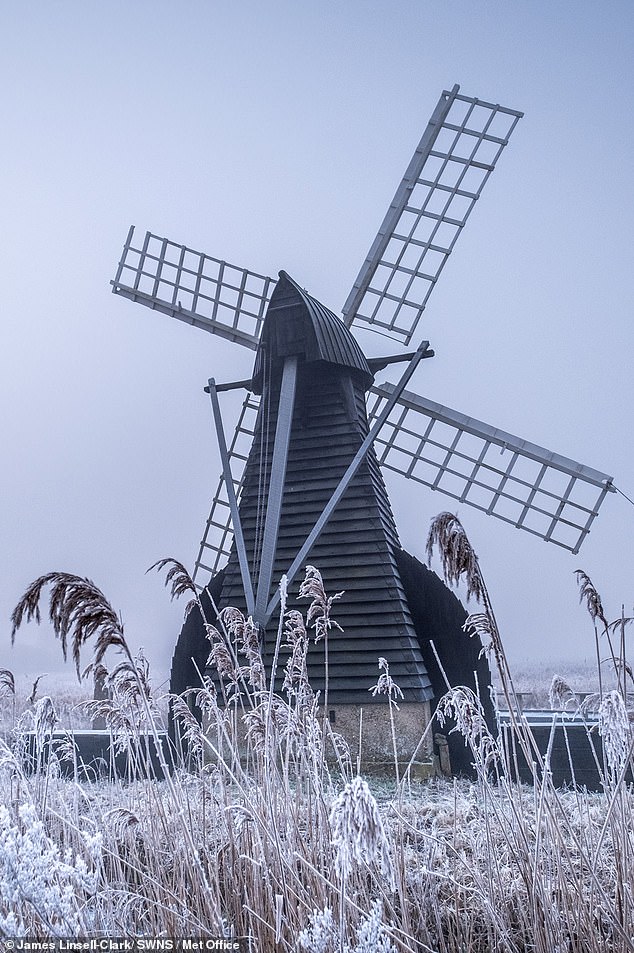 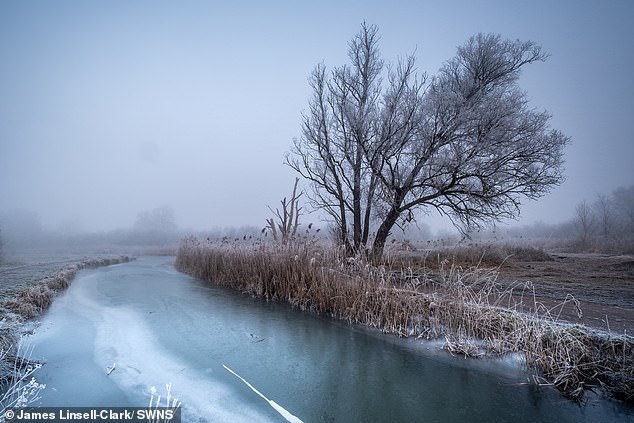 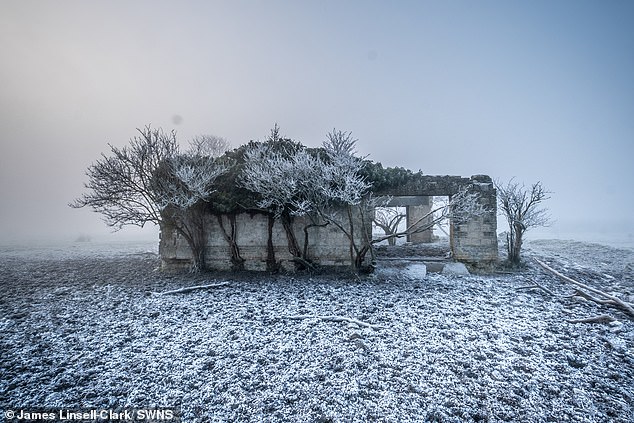 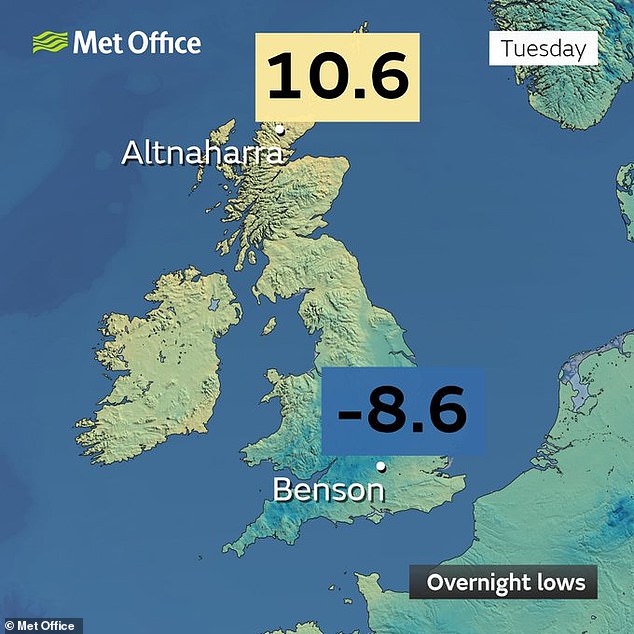 Flipped fortunes once again this Tuesday morning, with a large difference in temperature across the UK

But he expects ‘more uniformity’ by Thursday, with temperatures of about 7C or 8C expected ‘across the board’.

The UK Health Security Agency (UKHSA) has extended a level 3 cold weather alert until 9am on Friday, and urged people to keep warm and check in on family and friends who may be more vulnerable.

It will be mostly cloudy across much of Scotland, northern England, Northern Ireland, north-west Wales and south-east England on Tuesday, with freezing fog clearing for some, but remaining cold in the South, the Met Office added.

Highs of 12C or 13C could be recorded in parts of north-east Scotland on Tuesday, compared with likely highs of 4C or 5C in the South of England, Mr Claydon said.

The forecaster expects it to be cloudily across much of northern England and Scotland on Tuesday night, with rain over western hills and over parts of Scotland.

It anticipates there will be more freezing fog over parts of southern England on Wednesday morning, with early cloud and rain over Scotland drifting southwards to reach southern England later that day.

Its provisional outlook for Thursday to Saturday forecasts that it will be ‘mostly dry through this period, away from western Scotland’, with ‘some frost and fog patches overnight into Thursday and Friday, but less so by Saturday’. 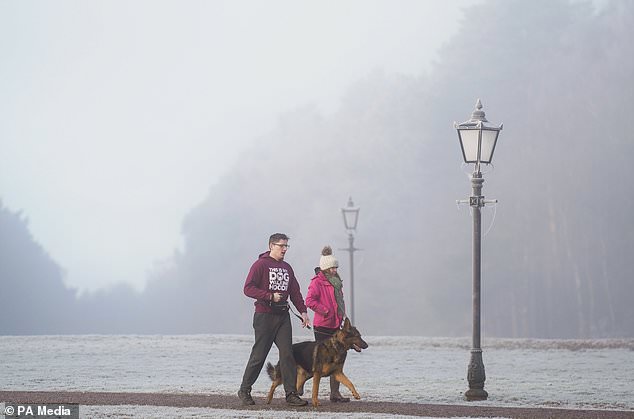 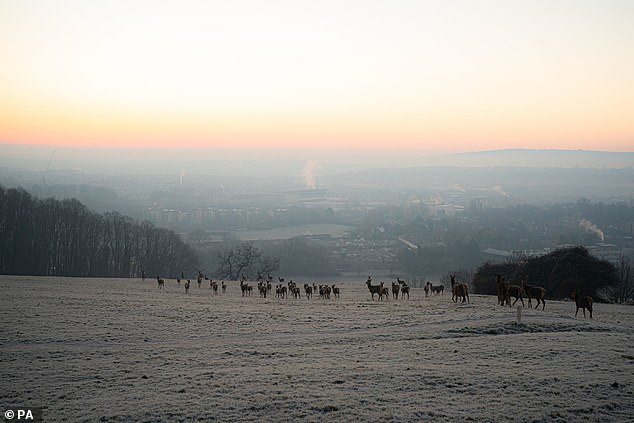 Deer graze during sunrise at Ashton Court Estate, Bristol, where clear misty skies and a cold morning brings frost across parts of the south west. 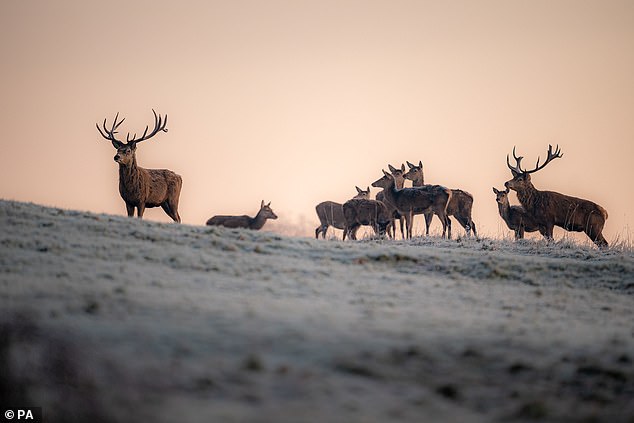 People across many parts of the country are bracing themselves for few days of travel disruption as snow, ice and bitterly cold temperatures grip the nation 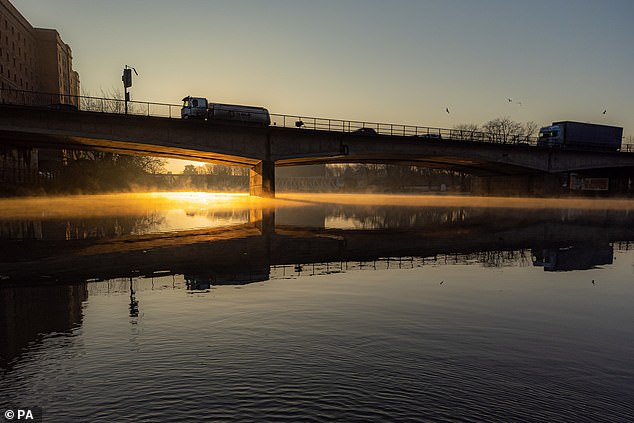 Reflected sunlight through mist beneath commuter traffic in Bristol this morning

It came as London Mayor Sadiq Khan issued a high air pollution alert for the capital for Tuesday.

He said: ‘We all need to be careful over the next few days.

‘I’m urging Londoners to look after each other by choosing to walk, cycle or take public transport where possible, avoiding unnecessary car journeys, stopping engine idling, and not burning garden waste, all of which contributes to high levels of pollution.

‘This is particularly important in order to protect those who are more vulnerable to high pollution.’

The Environment Agency has 30 flood warnings in place across England, for areas where flooding is expected.