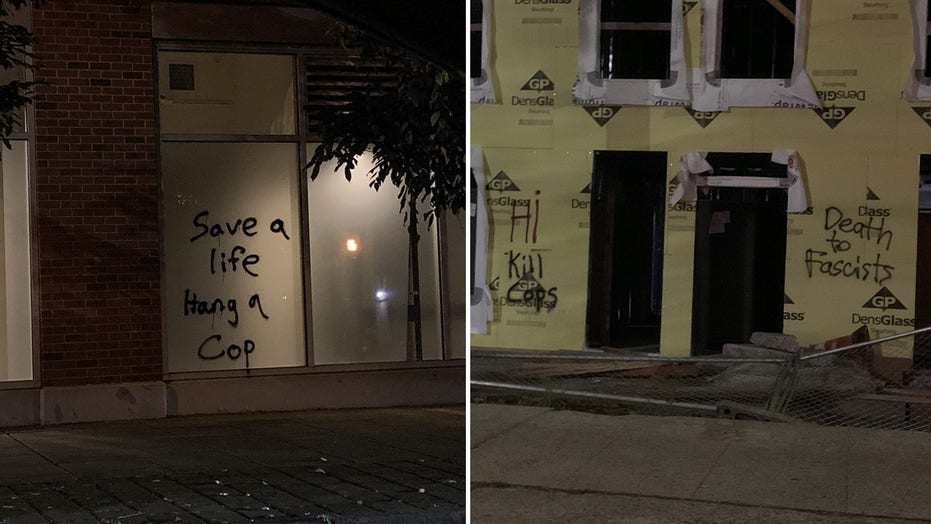 Seattle police arrested more than a dozen protesters who allegedly vandalized buildings and threw an explosive at officers during a demonstration Saturday night, authorities said.

A group of protesters marched from Cal Anderson Park shortly after 9 p.m., and a few members of the group began damaging property along the way, police said in a news release.

The group shattered windows of a Starbucks Coffee shop and threw an explosive inside, according to police. 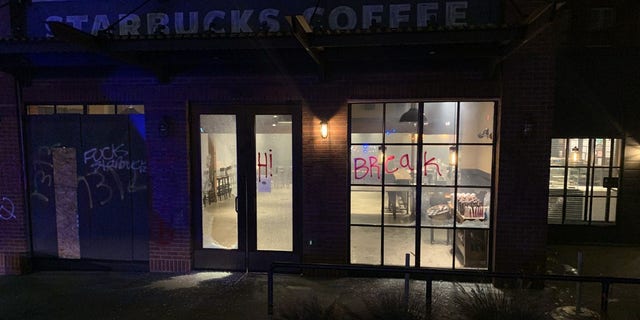 Police said protesters shattered the windows of a coffee shop and tossed an explosive inside on Saturday night.
(Seattle Police Department)

Photos showed graffiti spray-painted on buildings reading “Kill cops” and “Save a life, Hang a cop.” 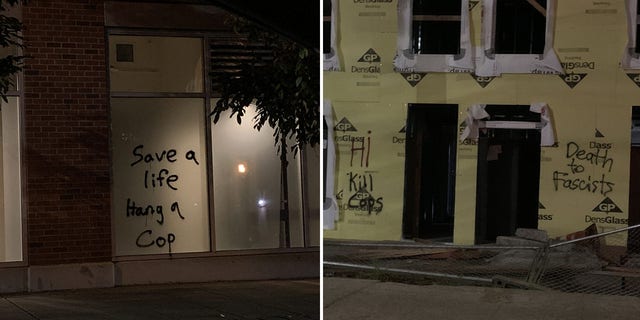 Police declared an unlawful assembly and ordered the crowd to disperse. As officers began moving the crowd out of the area, police said an explosive was thrown at officers.

A total of 16 protesters were arrested for property destruction, assault, failure to disperse and rendering criminal assistance, police said.

After a violent spate of vandalism throughout the city last weekend, Seattle's interim police chief, Adrian Diaz, told KOMO News that the violence must stop.

"If there are people going out and peacefully protesting, we will help facilitate that peaceful protest," Diaz said. "But if they are coming to create this mayhem, we are going to address this mayhem."

He said there were plans for staffing changes, with at least 100 officers moving from other departments and back to patrol to reduce 911 response times.