A second person has been charged with murder over the death of Ballarat mother Kobie Parfitt.

A 32-year-old woman who is currently in a correctional facility faces one count of murder, according to Victoria Police. She will appear at the Melbourne Magistrates Court on Monday. 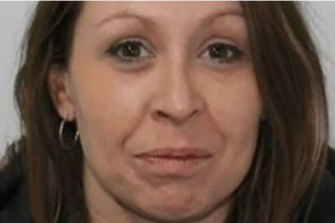 The fresh charge comes a month after Wendouree man Brendon James Prestage fronted court charged with one count of murder in relation to Ms Parfitt’s disappearance. The 31-year-old was arrested in Kinglake in December with the help of Victoria’s Critical Incident Response Team.

Remains police believe belong to Ms Parfitt were found at the bottom of a mineshaft last month at Snake Valley, a town 27 kilometres west of Ballarat. The 43-year-old vanished from her Hickman Street home in Ballarat on April 28.

Ms Parfitt had lived at her Ballarat residence on and off for some time and had been estranged from her family, who she last saw in March.

Forensic officers and detectives from the missing persons squad executed a warrant at the Hickman Street home in December. Police searched various other properties before finding human remains in the Snake Valley mineshaft.

Police did speak to a 31-year-old Mount Clear woman last month in relation to Ms Parfitt’s disappearance, but she was released without charge.

Anyone with information regarding Ms Parfitt’s death is urged to contact Crime Stoppers on 1800 333 000 or submit a confidential crime report at www.crimestoppersvic.com.au