SHOCKING video shows the moment rioters scream “where the f**k is Nancy” after breaking into the Capitol.

The protesters can also be heard saying they were “listening” to Donald Trump, who has been accused of inciting the mob. 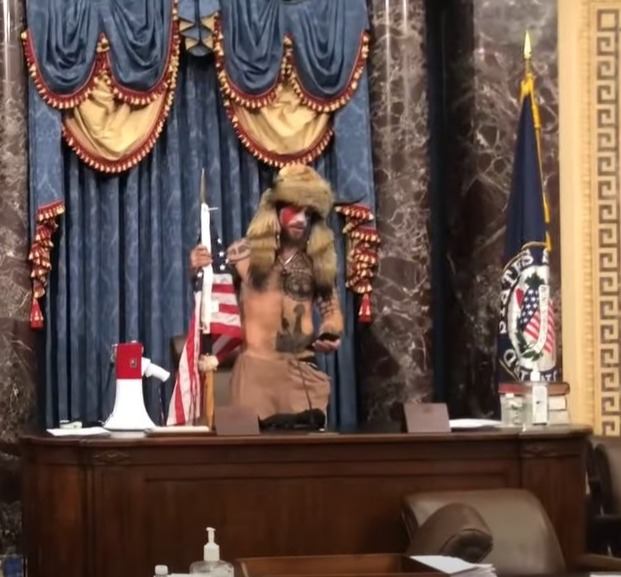 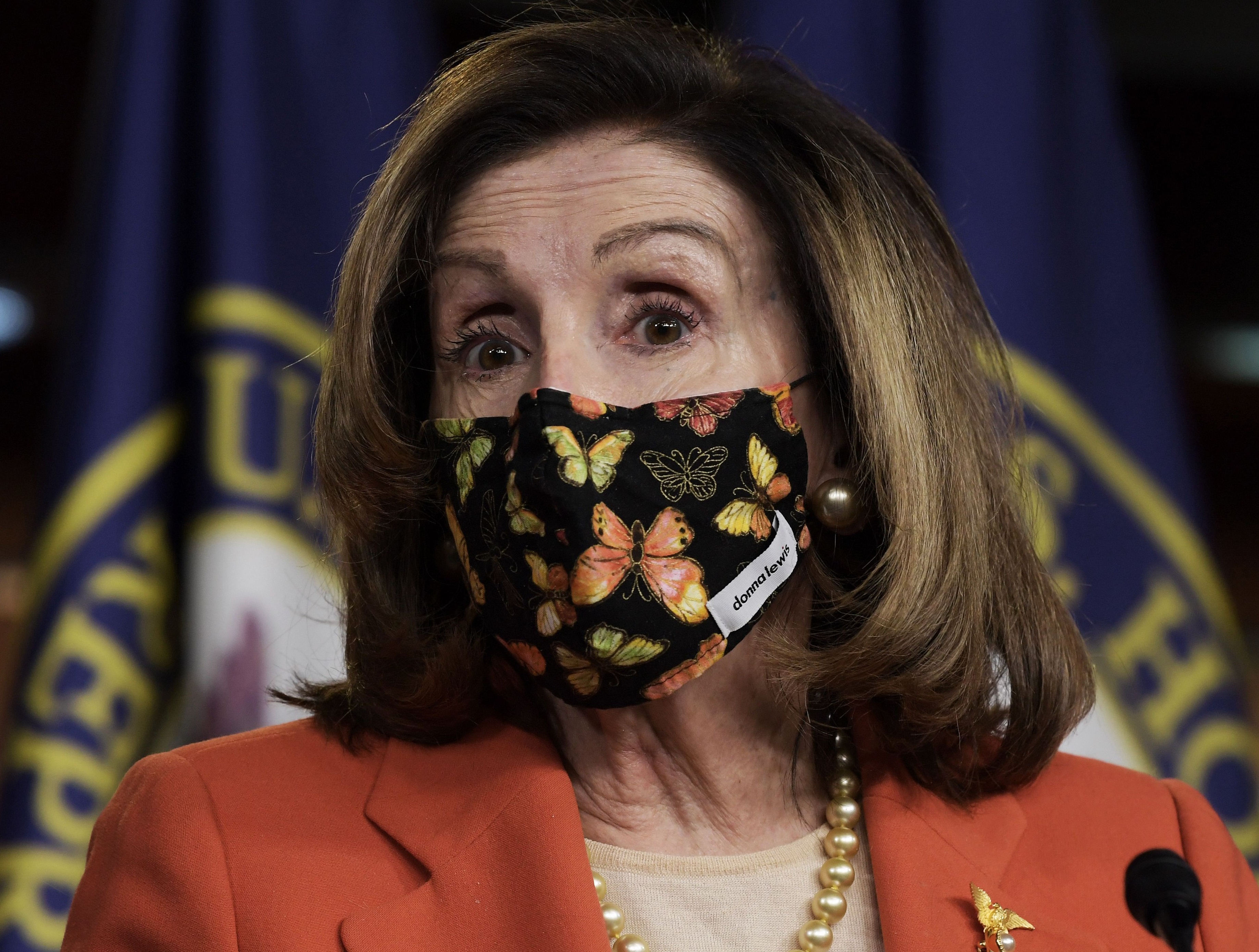 The riot claimed the lives of five people and resulted in several life-threatening injuries as police attempted to contain protesters.

The footage was shot by war correspondent Luke Mogelson and publishedby The New Yorker on Sunday.

A group can be seen searching for lawmakers who had been voting on confirming Joe Biden as President-elect, with House speaker Nancy Pelosi the focus of their rage.

One can be heard shouting: “Where the f**k is Nancy?” 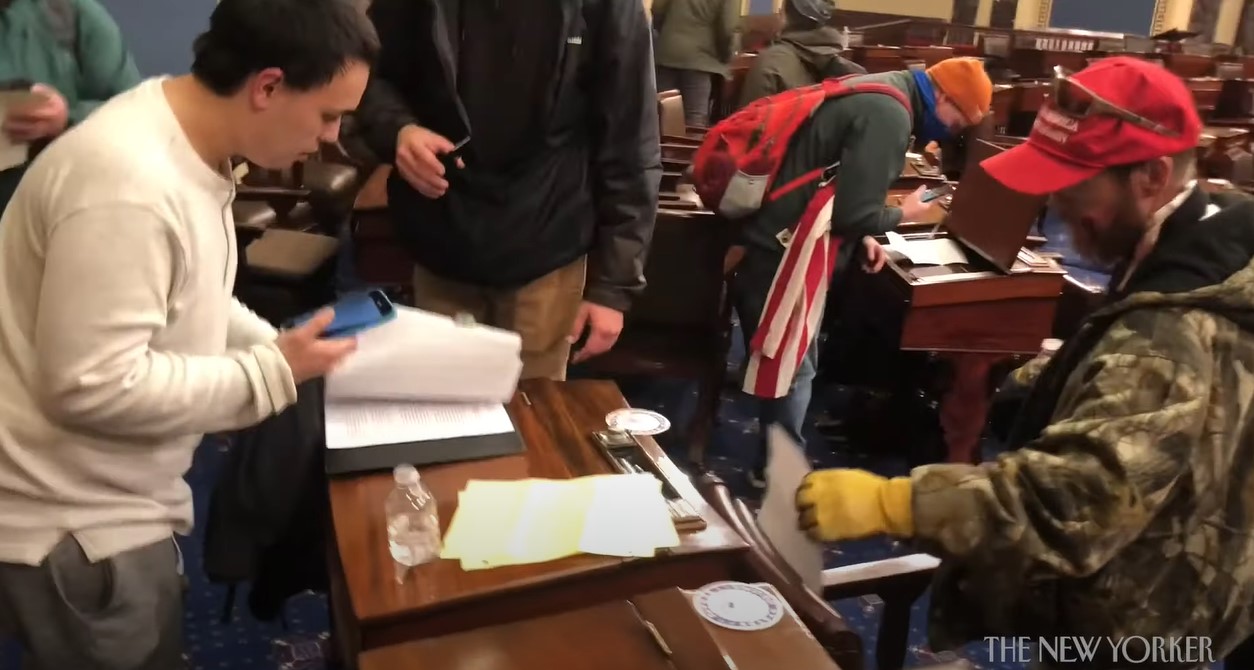 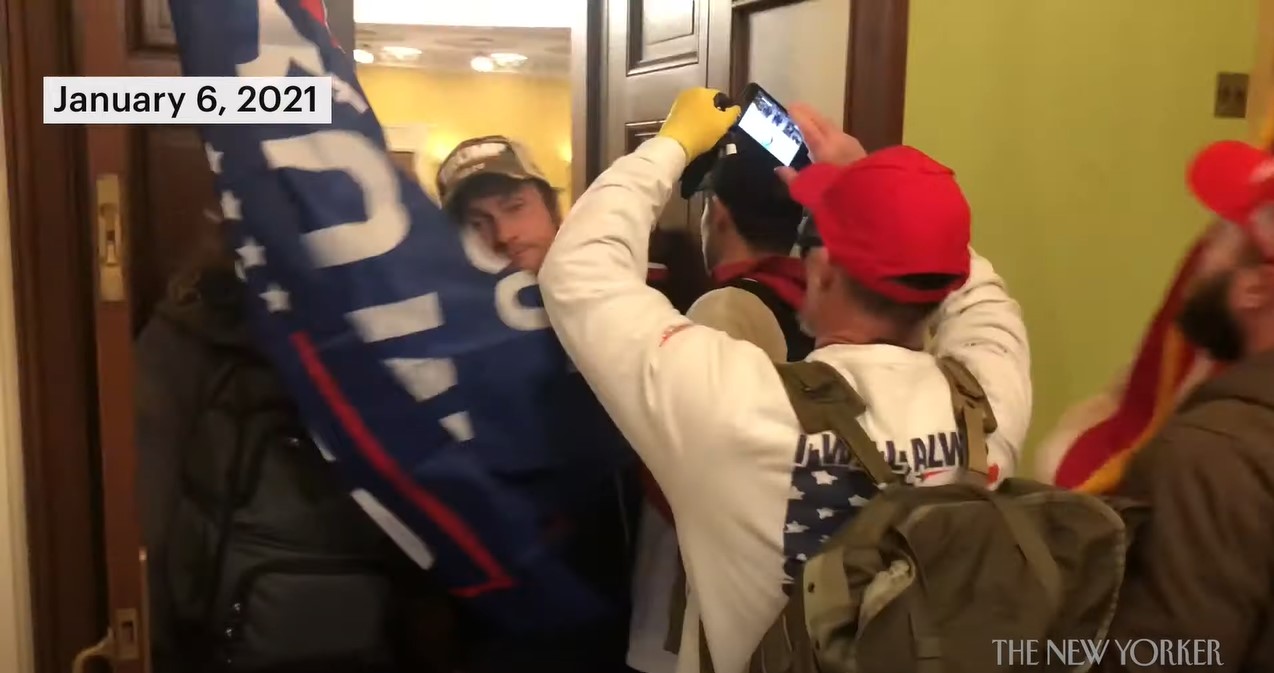 Pelosi and other lawmakers were evacuated for their own safety as part of the mob broke into her office and even read her emails.

One of them, Richard "Bigo" Barnett, who was pictured posing with his feet perched on her desk is one of those arrested.

The rioters also appear to be taking their cue from the President, who is facing an unprecedented second impeachment after being accused of whipping up the mob.

“There’s a f–king million of us out there, and we are listening to Trump, your boss!,” one of the mob can be heard saying.

The video also features Jake “Angeli” Chansley, 32, aka "QAnon Shaman" – among those arrested for storming into the Capitol. 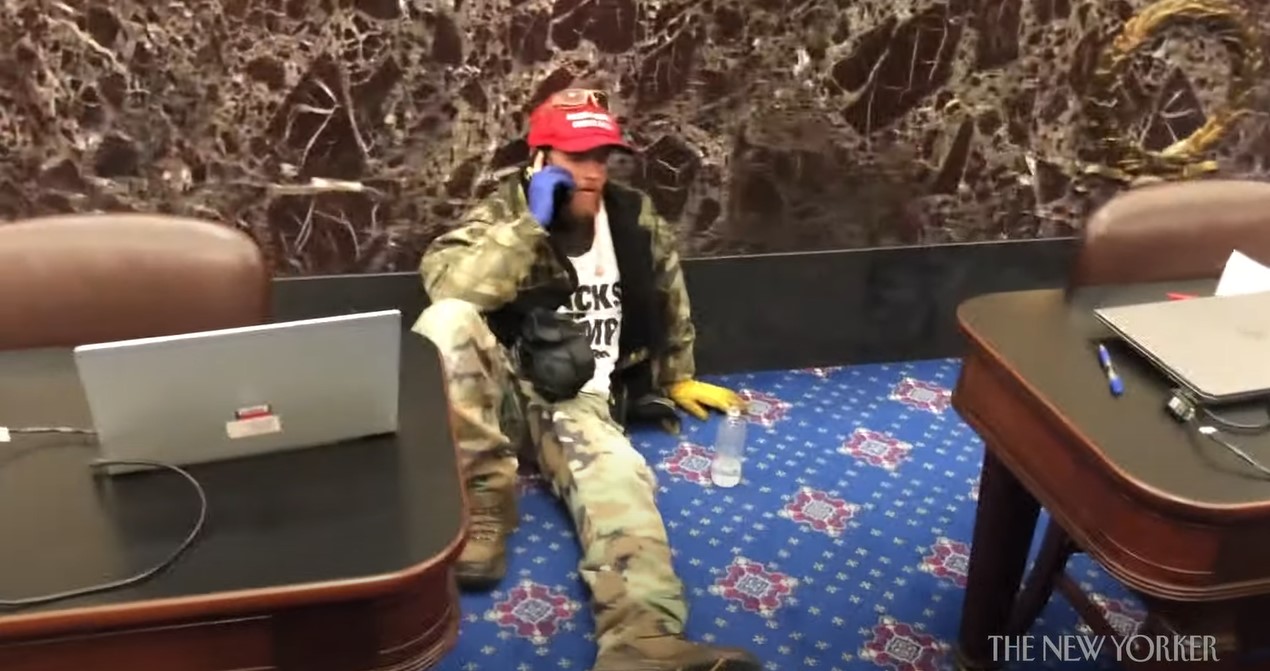 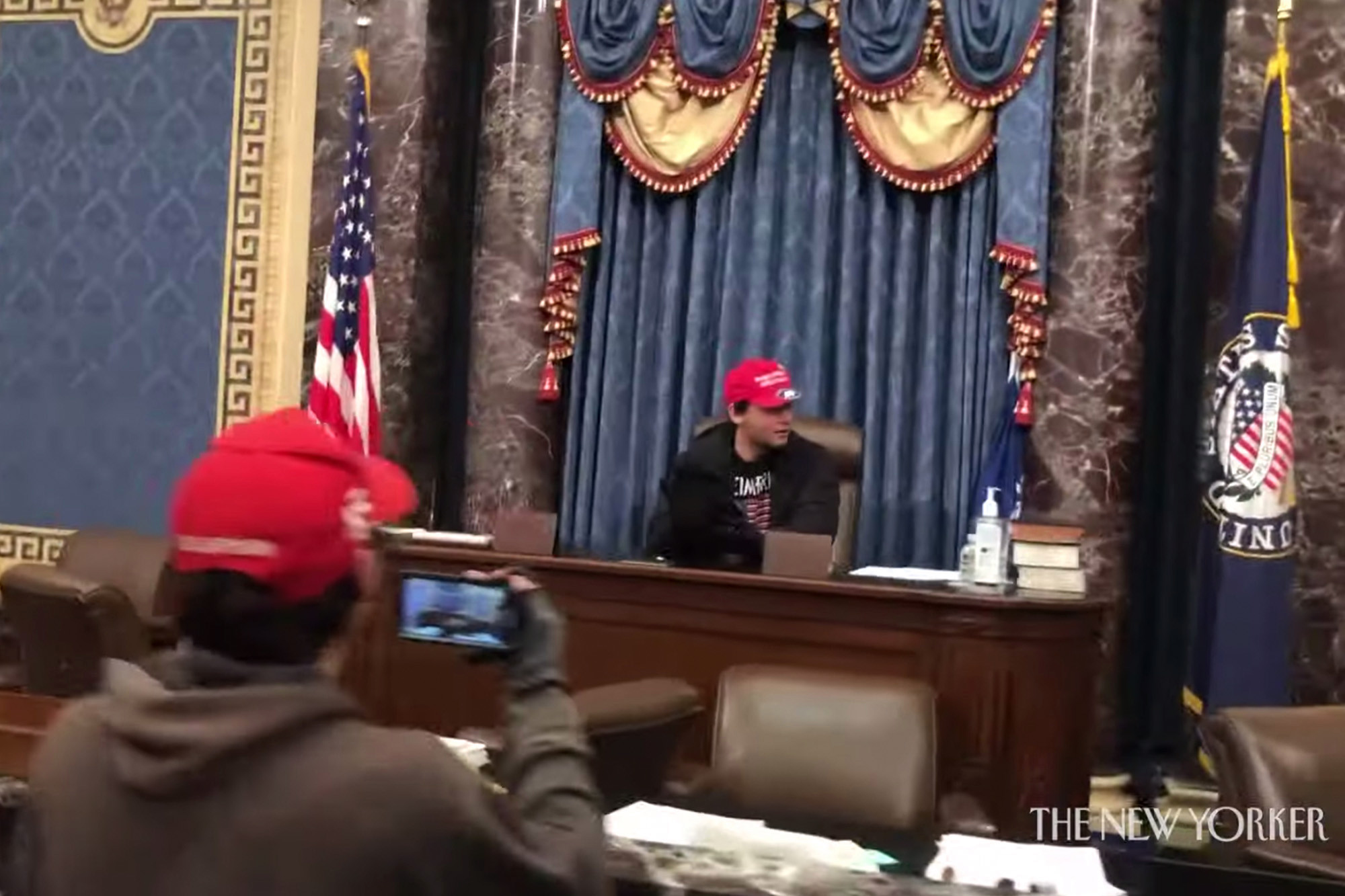 Chansley is seen dressed in his helmet and red, white and blue face paint, chanting unintelligibly, rhythmically stomping his feet and the pole of an American flag.

He made his way down onto the Senate floor and sat in the seat reserved for Vice-President Mike Pence.

The riot took place after Donald Trump addressed a crowd of his supporters, who then marched to Congress in a bid to halt the confirmation of Biden as President-elect

Footage reveals the rioters’ confusion over Ted Cruz, who was one of those who questioned the legitimacy of the Democrat’s win.

A handful of intruders stumbled on papers showing what one identified as Cruz’s “objection to the Arizona” election results. 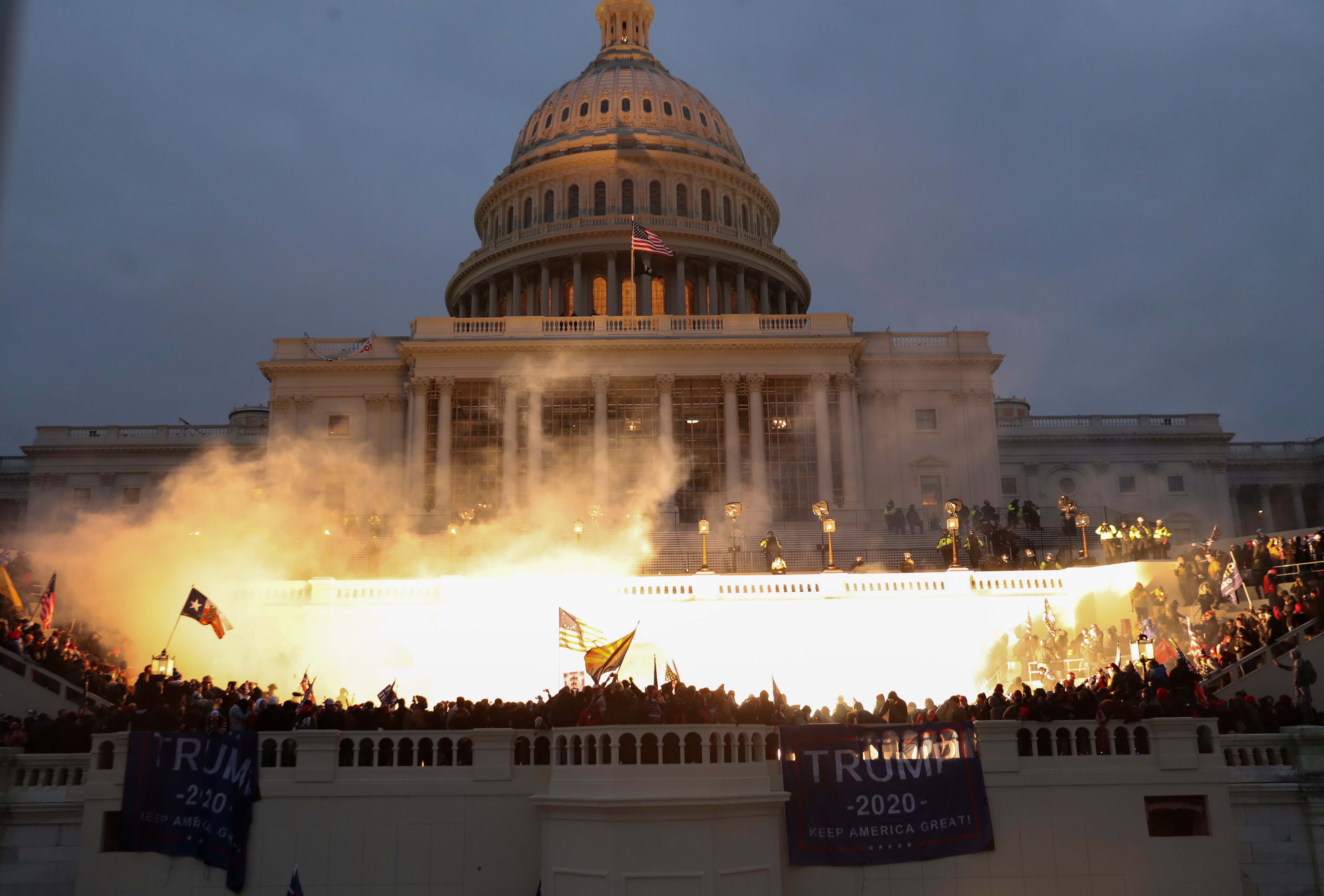 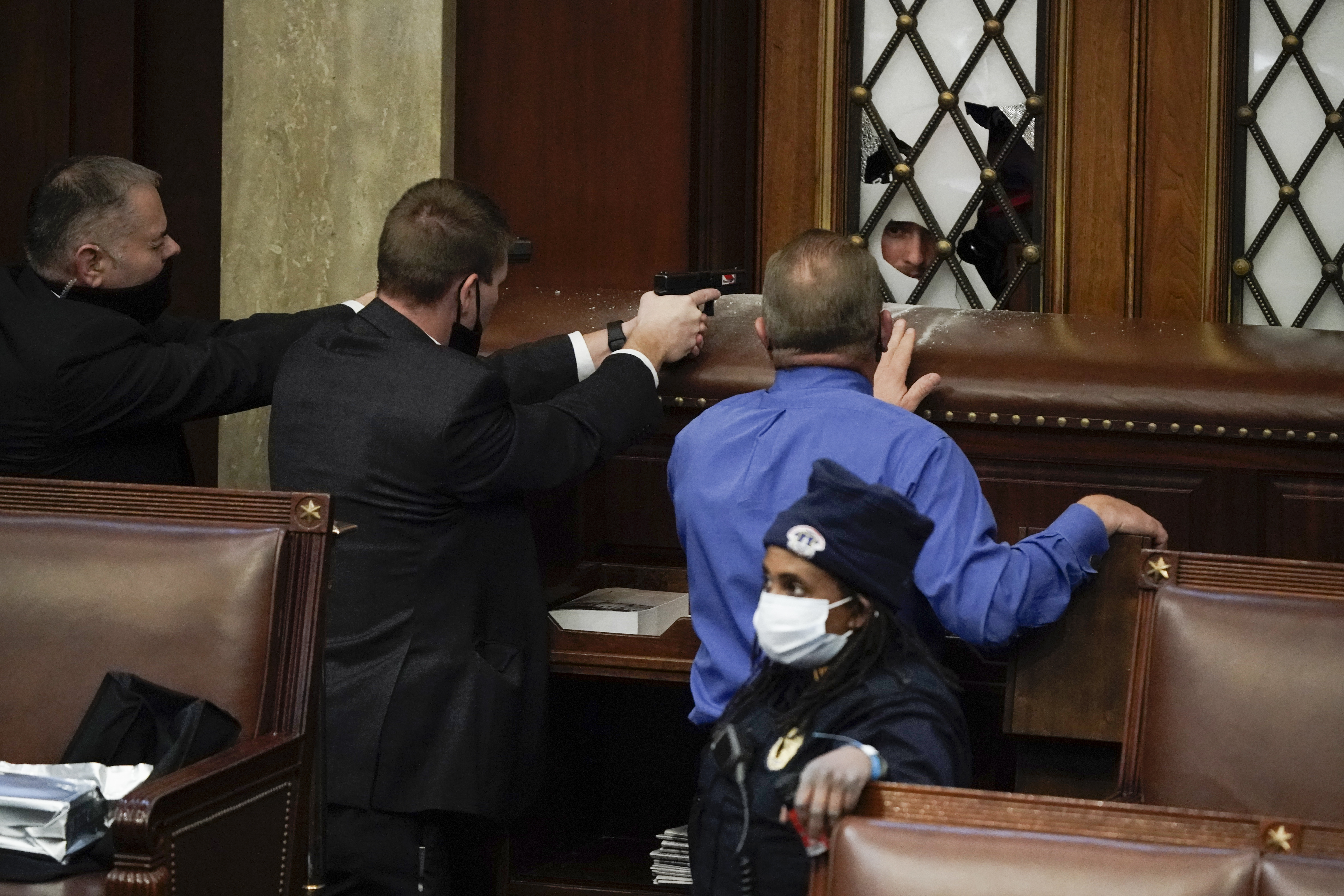 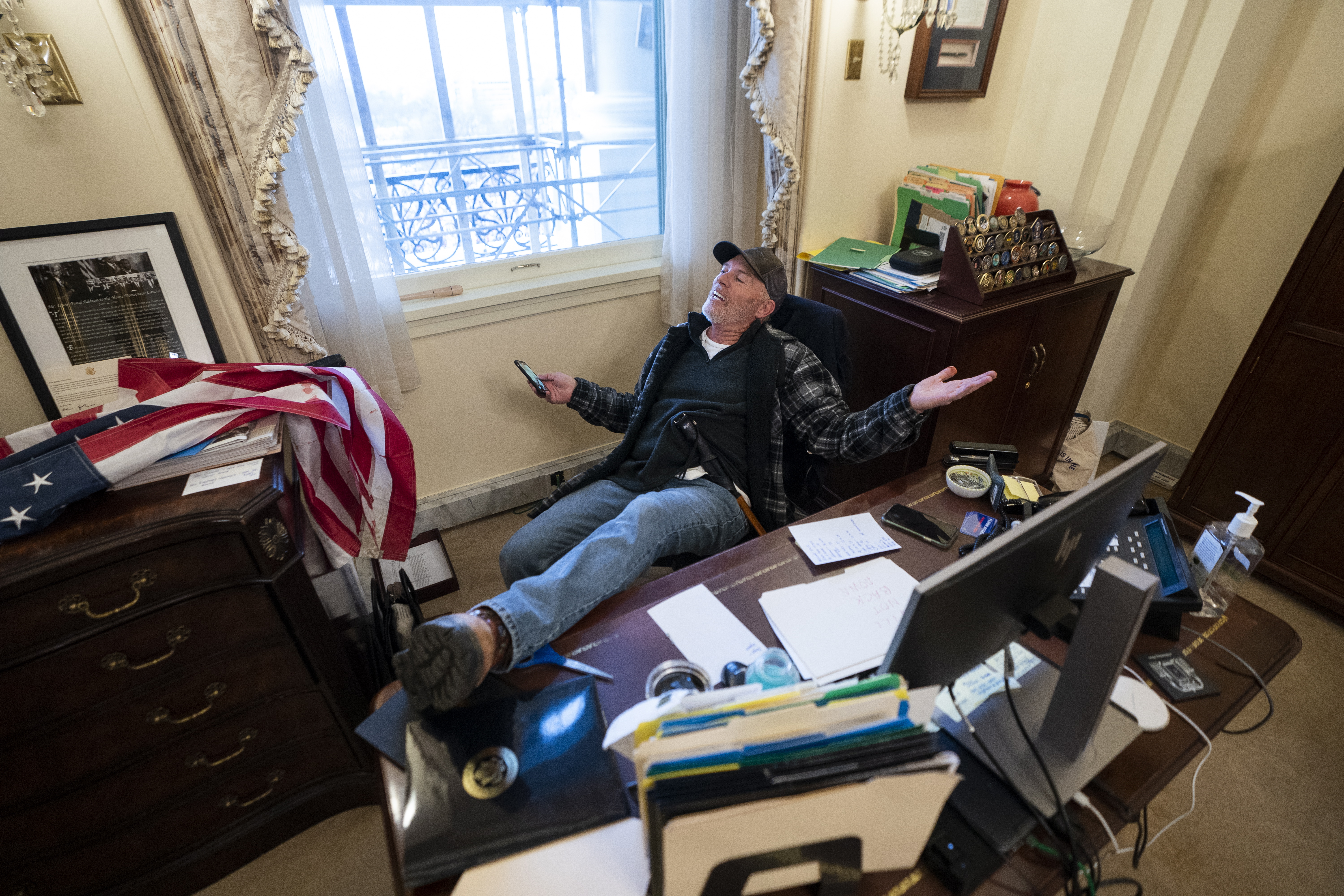 “His objection! He was gonna sell us out all along!” one man raged about the Texas Republican Senator and Trump loyalist.

But as others gathered another said: “Wait, no, that’s a good thing.”

In her first press conference after the protests, Pelosi broke down in tears as she branded the Capitol riot an "assault on our democracy."

Pelosi said there were "so many disgusting images" from the riots in Washington DC.

She appeared teary-eyed as she spoke of a man wearing a shirt with "Auschwitz" on it during the insurrection.

So far, authorities have taken over 100 people into custody and have over 200 cases open and under investigation. 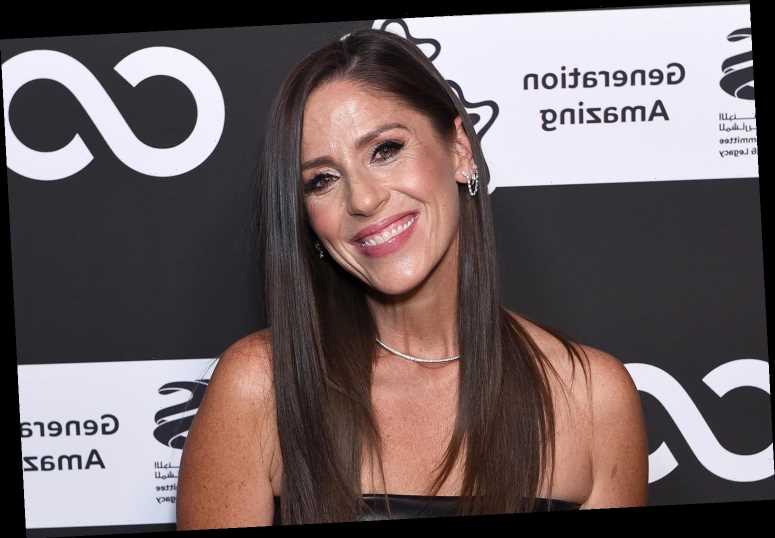