A 192-year-old maker of English luxury shoes worn by Prince Charles has revealed that Brexit red tape will cost the firm an extra £100,000 per year on exports to Europe.

Tricker’s said invoices are mounting from parcel firms that ship the company’s heavy £450 brogue shoes and boots to EU clients.

Though a last-gasp trade deal between London and Brussels averted a no-deal scenario and the big barrier of border tariffs, Tricker’s is finding that paying VAT has become a lot more complicated for direct sales to consumers.

Tricker’s has handed the task to parcel firms which are charging additional handling fees for each package sent to the EU from the company’s factory in Northampton, a central English town famous for its boots and shoes since the 1400s. 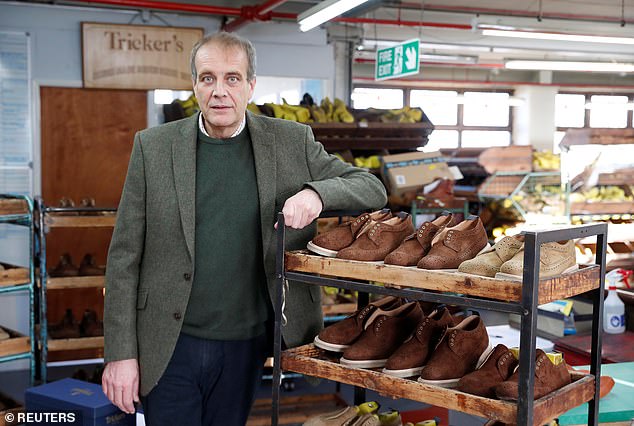 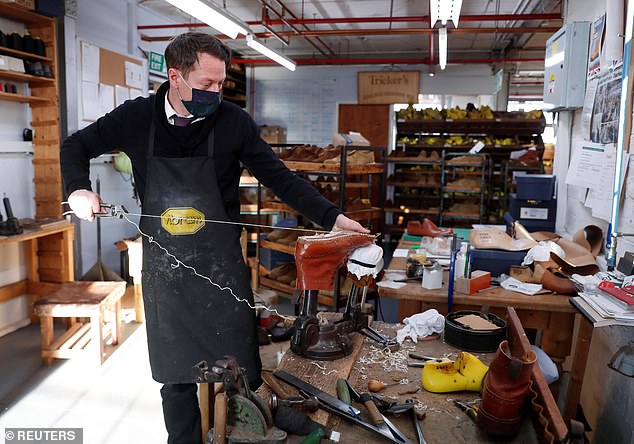 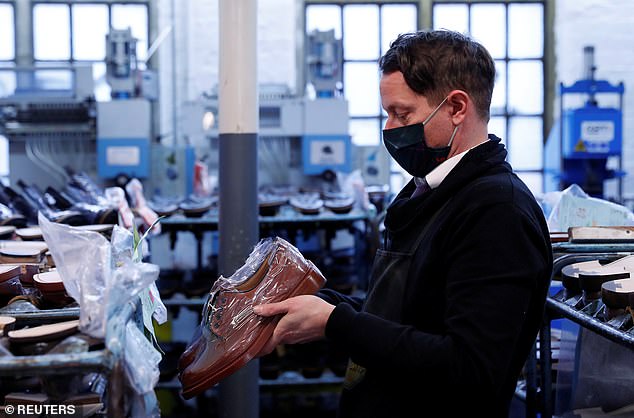 Shipments that used to take one day to arrive are now taking three or four.

And when the couriers get things wrong, the strain of the paperwork only grows at a time when Covid-19 is already stretching many manufacturers to the limit.

‘We’ve been through… world wars, financial crises, stock market crashes. Last year, the first lockdown was the first time we’d actually been closed,’ Tricker’s managing director Martin Mason said on an empty shop-floor in the factory where normally 86 employees would produce 1,000 pairs of shoes a week.

‘Even during the world wars we were open, making boots for the army,’ he said.

‘To deal with Brexit on top of what we’ve been experiencing with coronavirus has been certainly a double whammy. We will get through it. It will be tough.’

Boris Johnson has said the recent disruptions to trade are largely ‘teething problems’ and he points to the potential for export growth if Britain strikes trade deals with the United States, India and beyond. 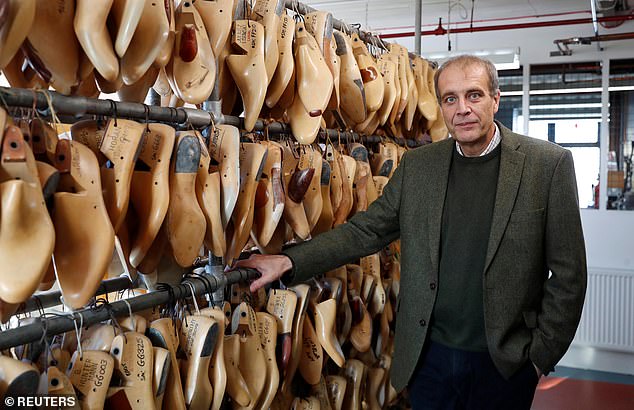 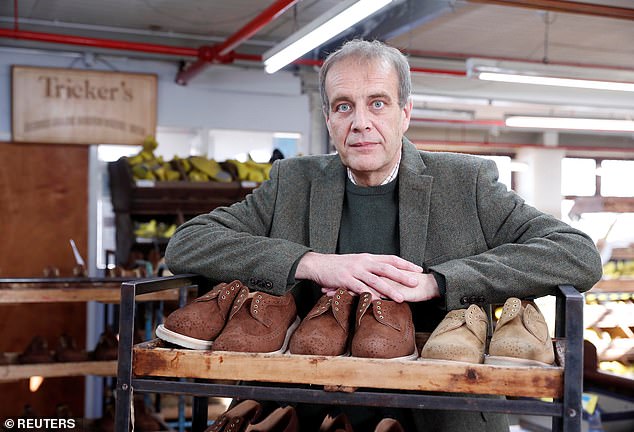 Tricker’s has handed the task to parcel firms which are charging additional handling fees for each package sent to the EU from the company’s factory in Northampton, a central English town famous for its boots and shoes since the 1400s

VAT rules for exporting goods from UK to EU

Britain and the EU agreed to zero tariff and zero quota trade on goods – meaning that businesses will not face costly tariffs when trading.

However, British firms must now comply with different VAT rates across the bloc’s 27 member states.

With the withdrawal of the UK from the EU, all movement of goods between Britain and mainland Europe now count as imports and exports, meaning they are subject to import VAT.

Businesses will require an Economic Operator Registration Identification (EORI) number from both the UK and EU to move goods.

But, many EU countries do not offer a similar scheme to UK businesses.

Compounding the problems are VAT invoices sent by parcel firms for shoes sent back to Northampton by wholesalers and by EU clients seeking repairs which should incur no tax.

The expected Brexit-related costs of about £100,000 pounds a year would be equivalent to almost 10 per cent of online sales which in turn represent about 15 per cent of total turnover at Tricker’s, Mr Mason said.

That has led the firm to raise prices for EU customers and absorb the rest of the hit in its bottom line.

‘I think all companies here in the UK are getting extra costs as a result of the deal,’ Mr Mason said.

Other British companies, who opted not to pay the VAT themselves, are now facing a wave of returned goods from disgruntled customers.

British consumers are also balking at paying more than they expected for goods bought from EU vendors.

Brexit has tangled up many businesses from fashion producers to fisheries, in extra paperwork and higher costs, hindering or even preventing them from getting goods into the EU.

British government budget forecasters estimate that the country’s economy will be four per cent smaller in 15 years’ time than it would have been had it stayed in the EU.

Mr Mason said there were some potential upsides for Brexit for his firm which exports about 85 per cent of all the shoes it makes.

A deal agreed with Japan – which accounts for a third of Tricker’s business compared with about 15 per cent which comes from the EU – would be a help and an agreement with the United States might lower its import tariffs.

But for now, his immediate priority is to sort out the VAT problems.

‘I really hope that over time common sense prevails and people do understand that this friction of getting product into Europe has got to be smoothed down,’ Mr Mason said.

‘It is a bit of a barrier to recovery post Covid, but… if wise heads get together and solve some of these issues then hopefully it will become easier.’