LUXURY car owners were left feeling crushed – after their pride and joys were destroyed by a mechanical digger.

A collection of 21 vehicles worth a total of £900,000 including a Bentley Flying Spur, Porsche 911 , Mercedes SLK , Lotus Elise and ultra rare McLaren 620R , were left lumps of twisted metal. 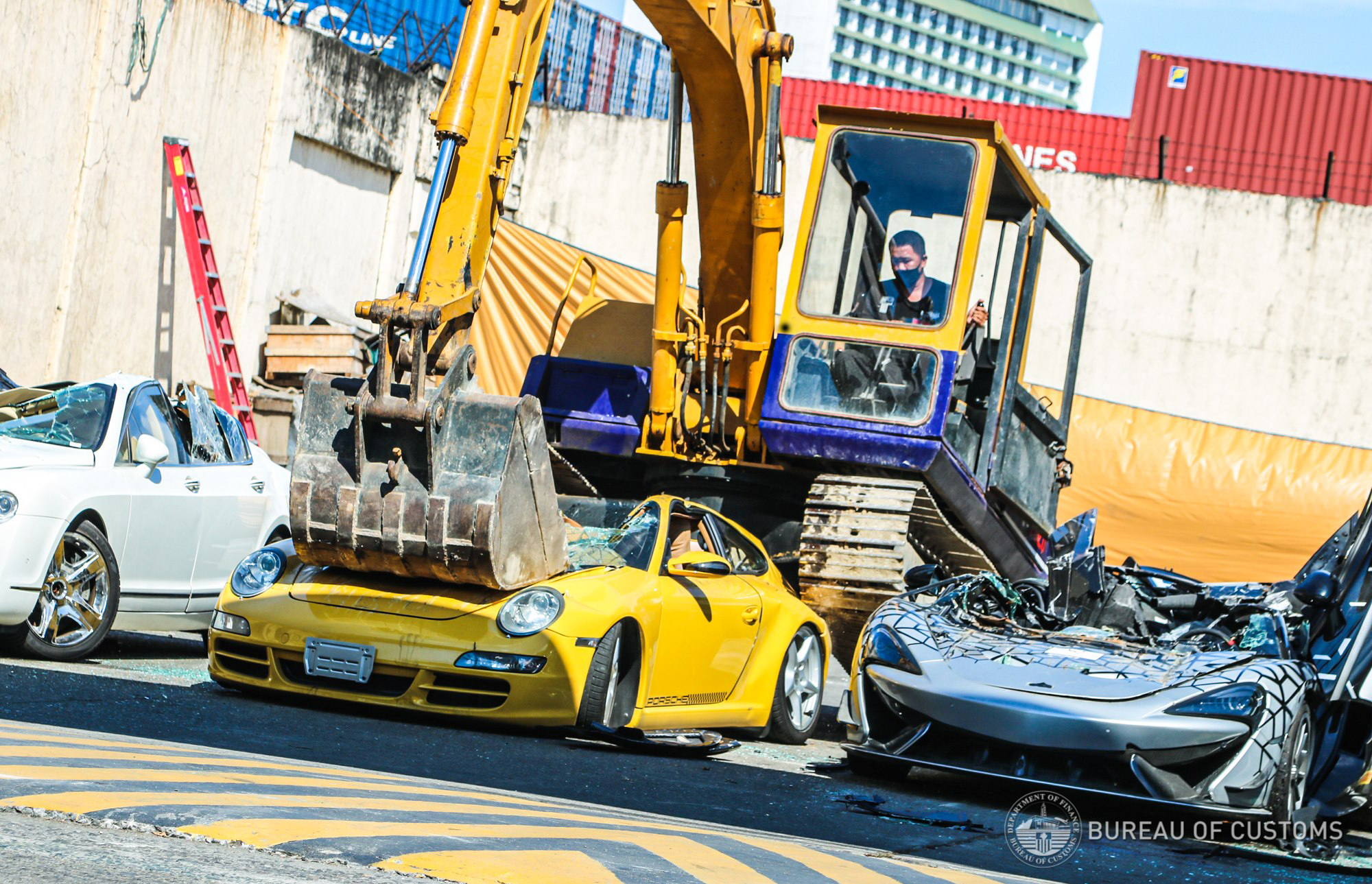 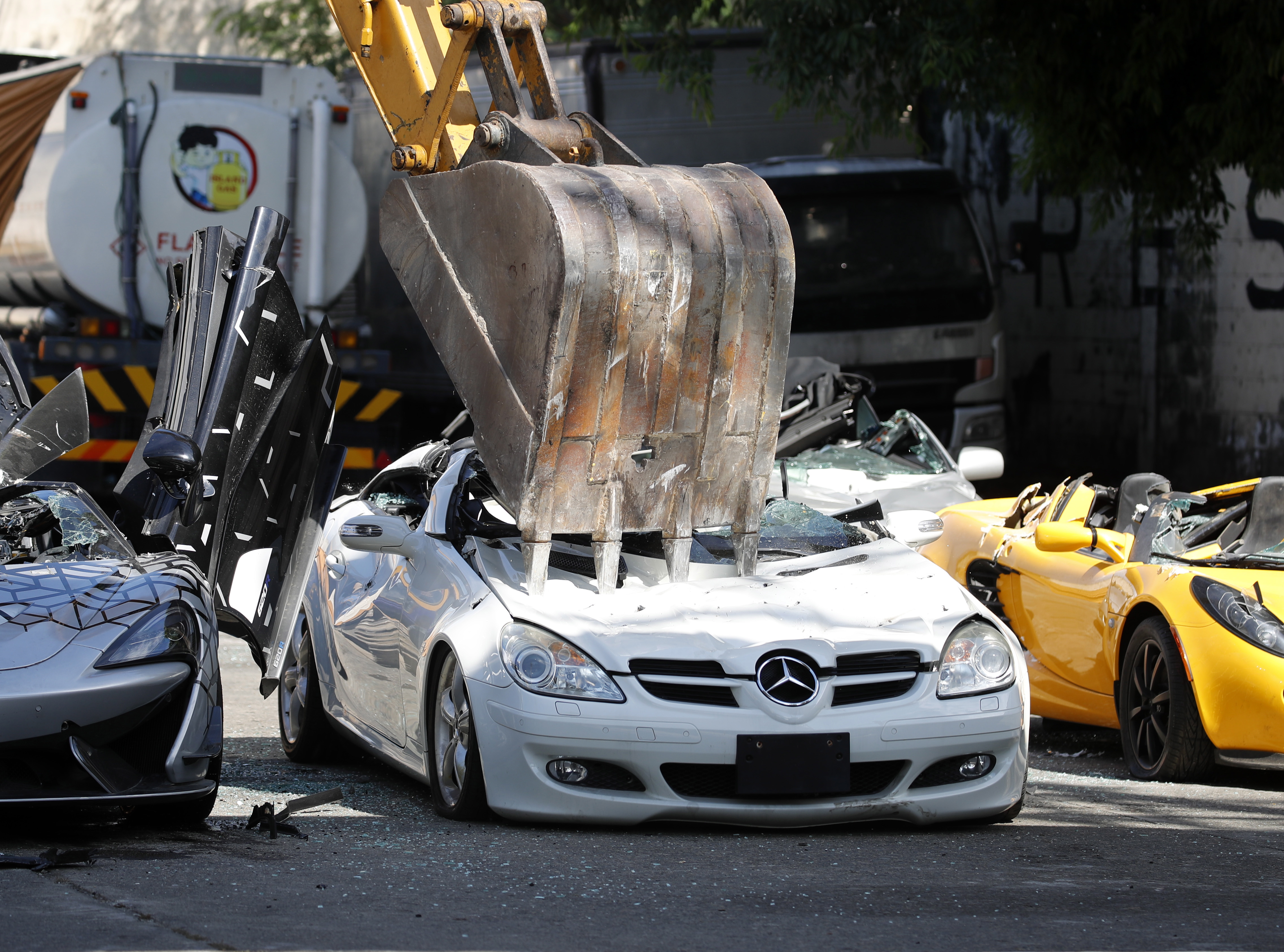 The motors were seized as illegal imports by Philippines customs and publicly smashed as a warning. 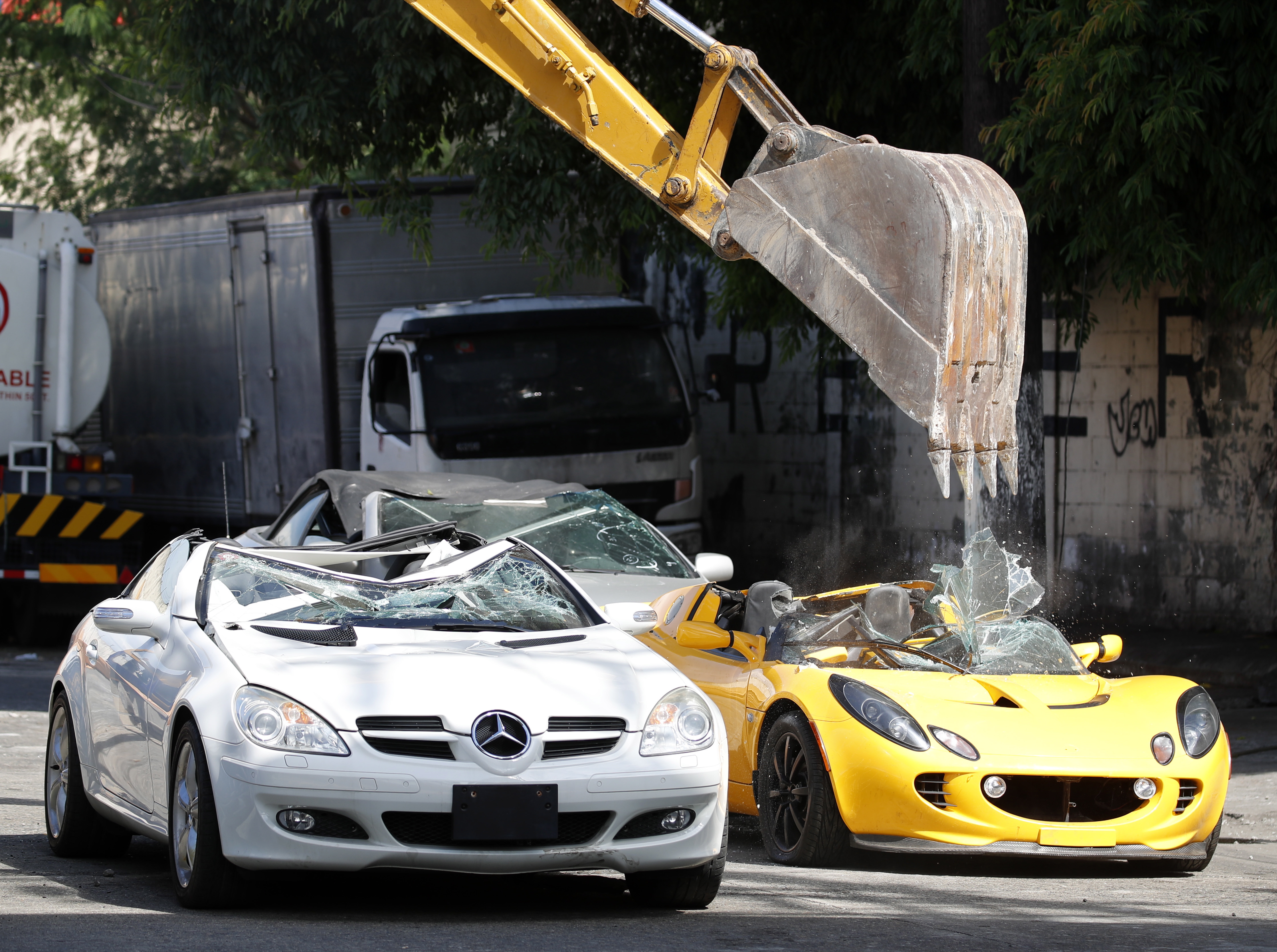 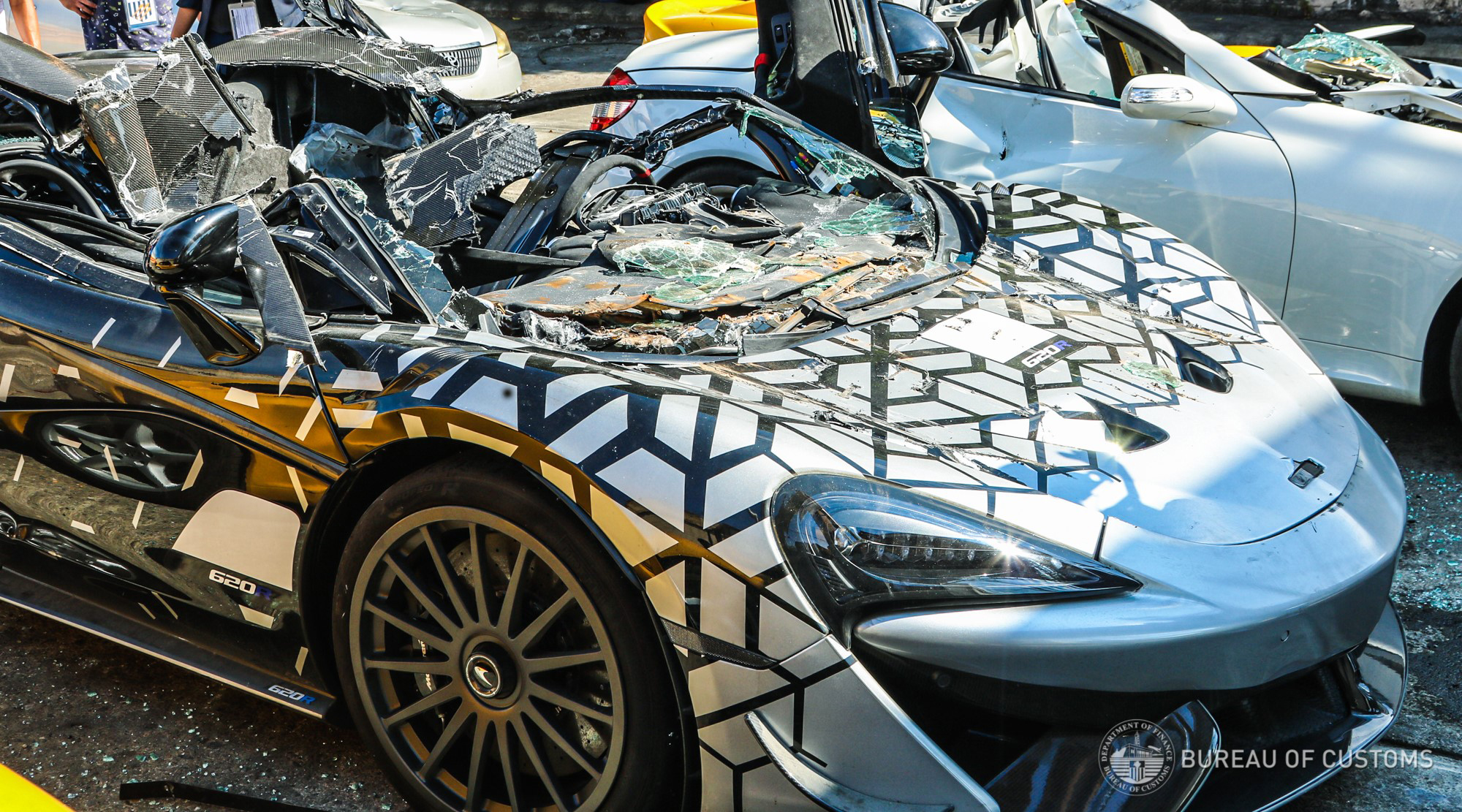 The displays have become regular events.

President Rodrigo Duterte said it sent a “strong message” his government was “ serious in its efforts against smuggling”.

He refused to auction the cars to raise cash for the impoverished country’s coffers. 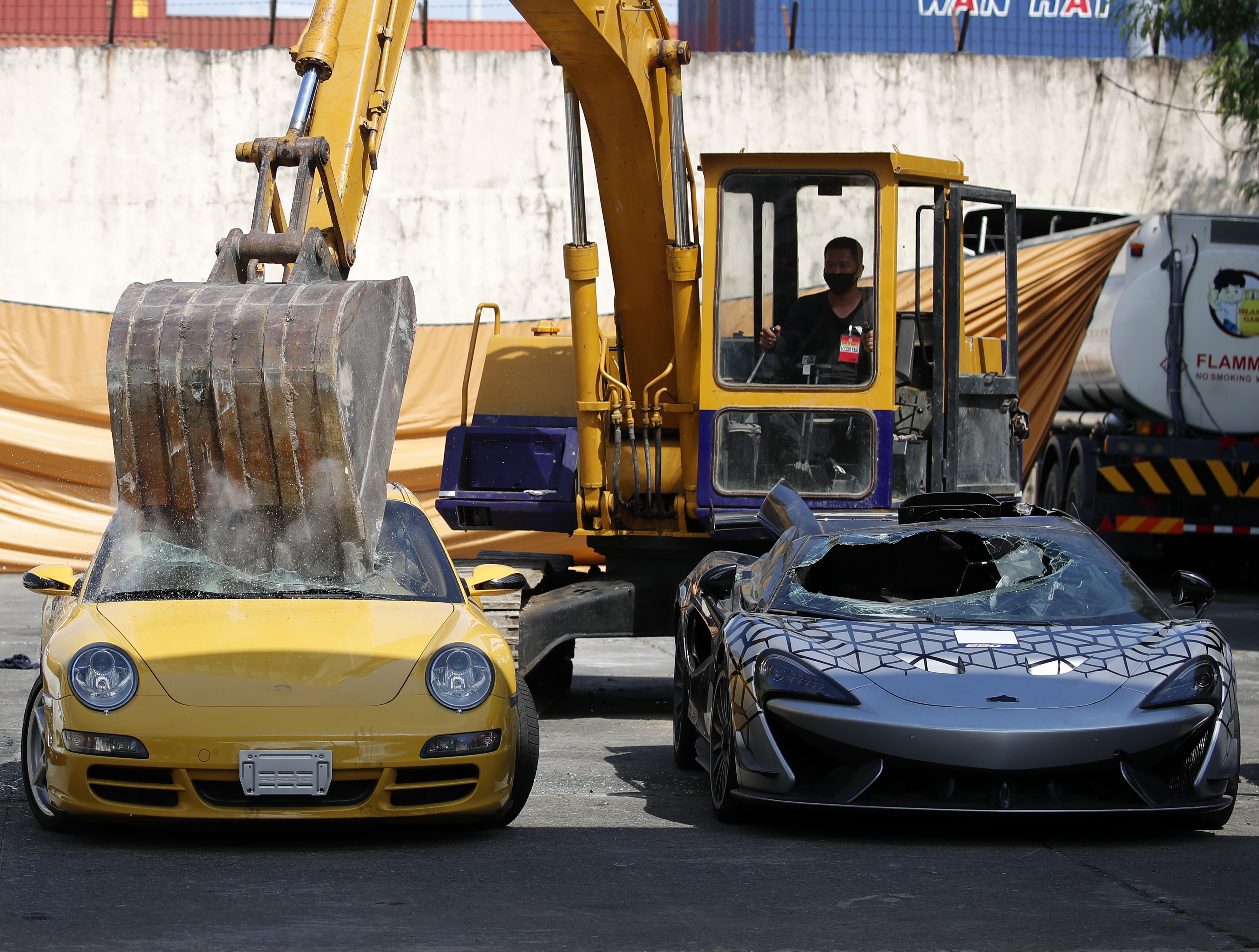 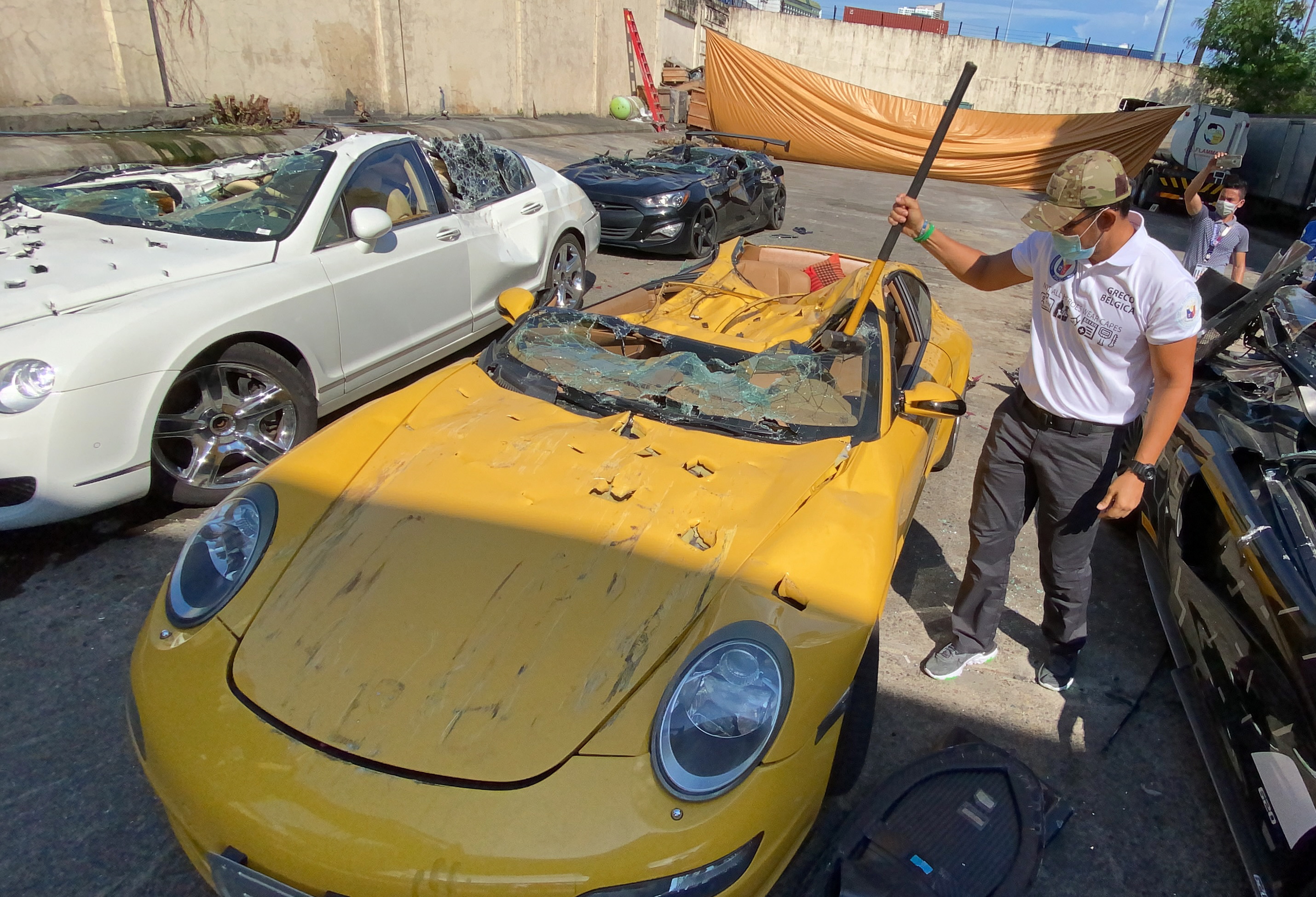