‘There ain’t no party like (ANOTHER) Downing Street party!’ Social media is flooded with hilarious memes mocking PM over ‘BYOB’ garden party at No 10 during height of lockdown

Social media users have flooded Twitter with hilarious memes mocking the Downing Street garden gathering after a bombshell email proved workers were told to bring their own drinks.

It is understood that around 40 staff – thought to include the PM and his wife Carrie – met for drinks and food from 6pm on May 20, 2020, at a time when only two people were allowed to socialise outside while two metres apart under national Covid curb.

A bombshell email leaked on Sunday proved that Boris Johnson’s principal private secretary Martin Reynolds invited more than 100 staff to bring their own drinks to No10’s lavish gardens to ‘make the most of the lovely weather’.

Scotland Yard has confirmed that they are now ‘in contact with the Cabinet Office’ over reports of the drinks party. The force is reportedly waiting to see if Sue Gray’s inquiry identifies rule-breaking before considering if further action is needed.

Some Twitter users shared hectic scenes from musical festivals and compared them to the alleged No10 garden party, while others posted memes suggesting Scotland Yard are sweeping allegations under the carpet. 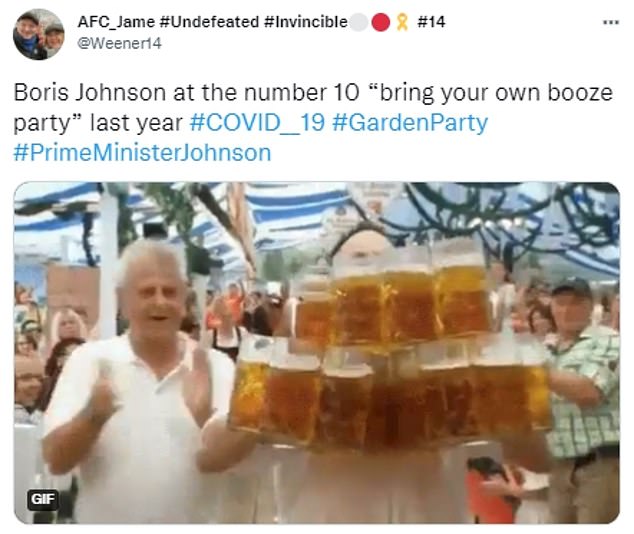 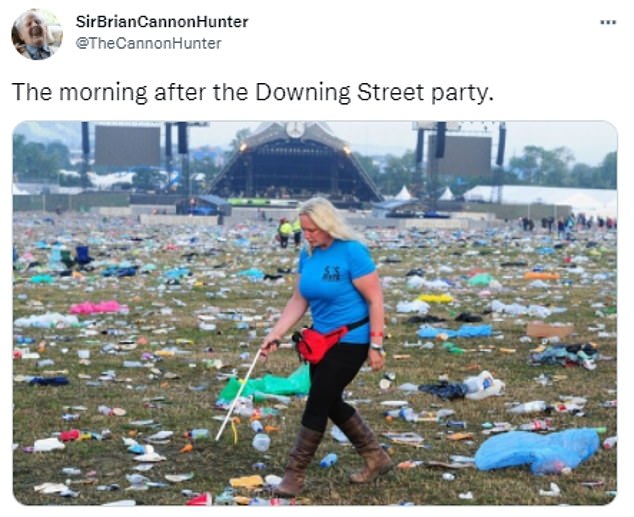 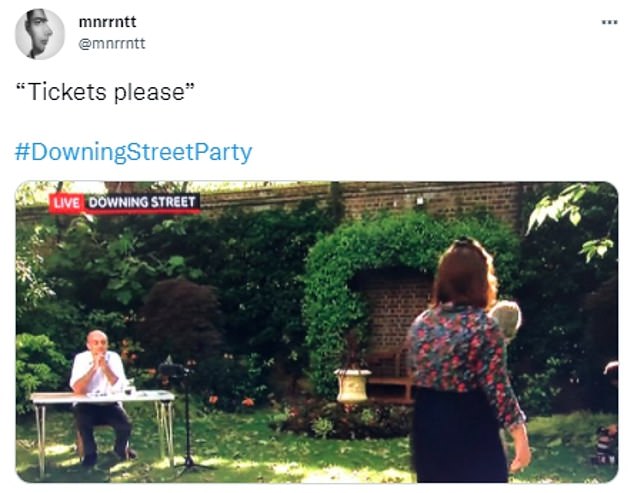 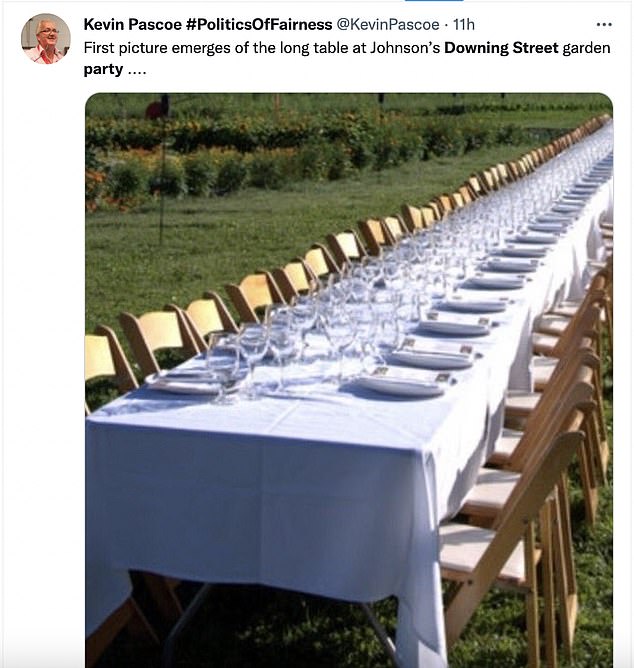 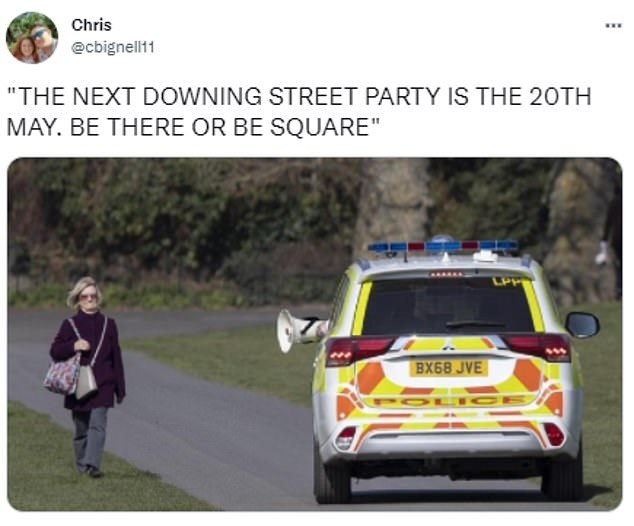 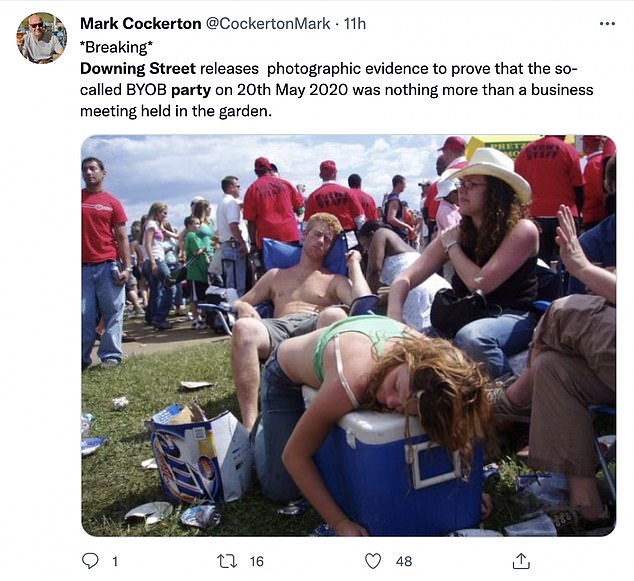 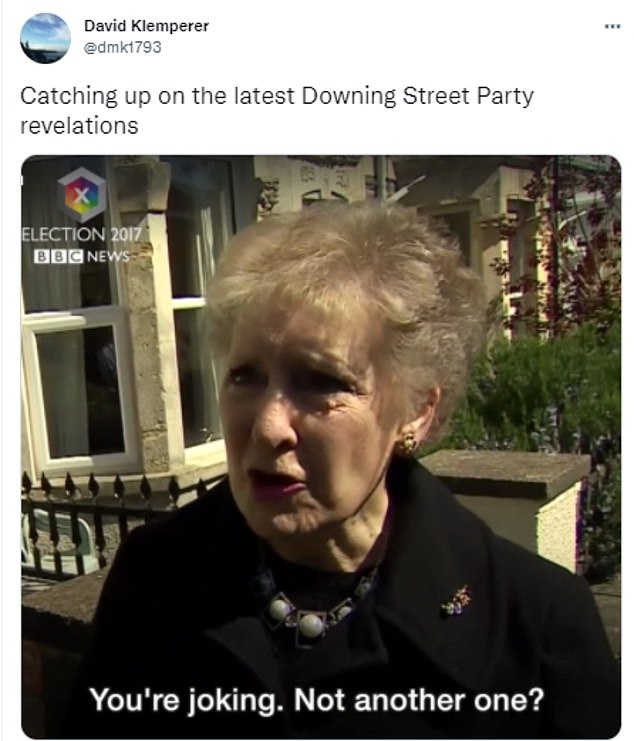 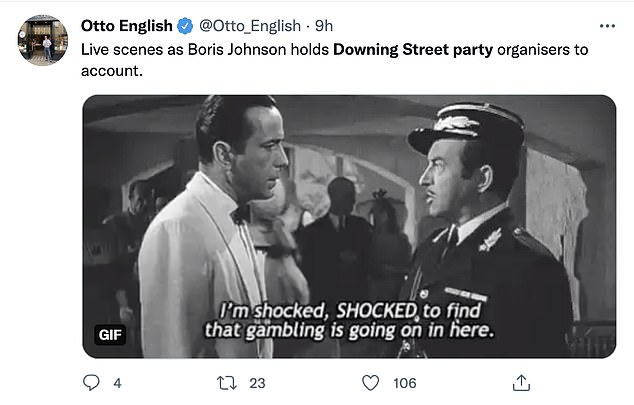 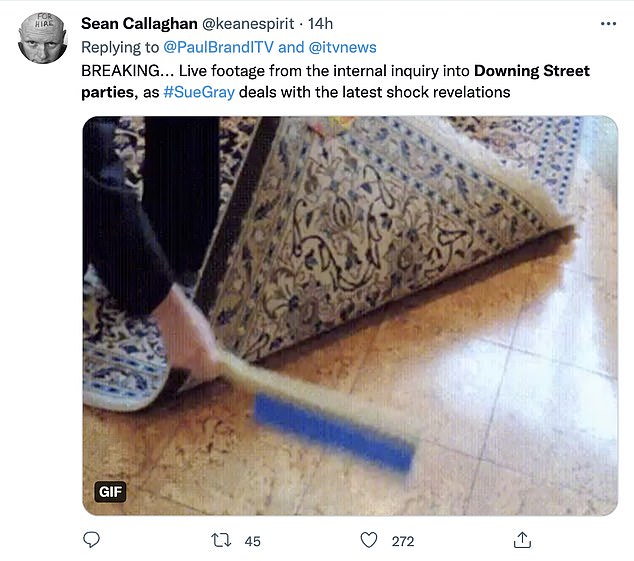 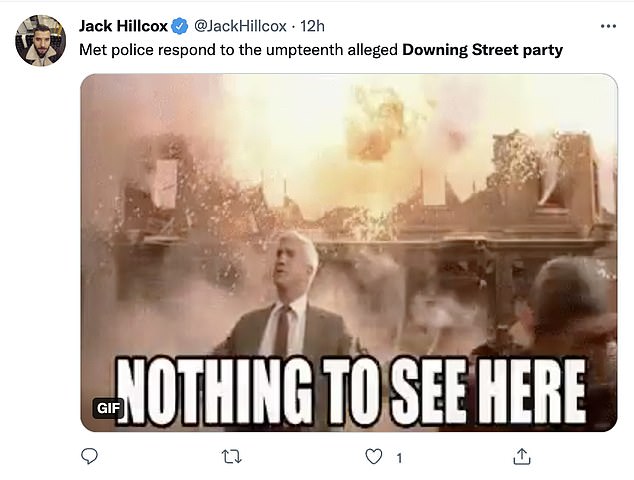 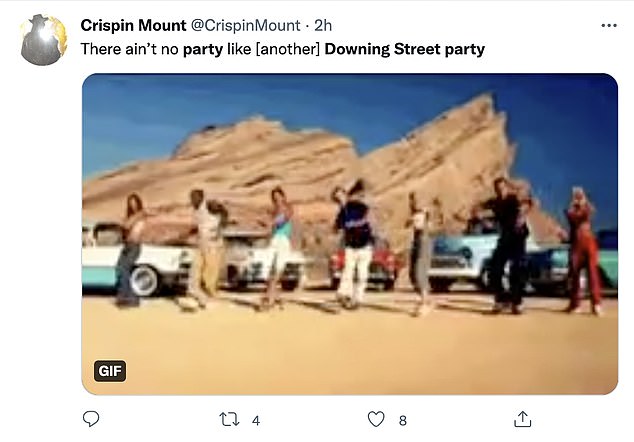 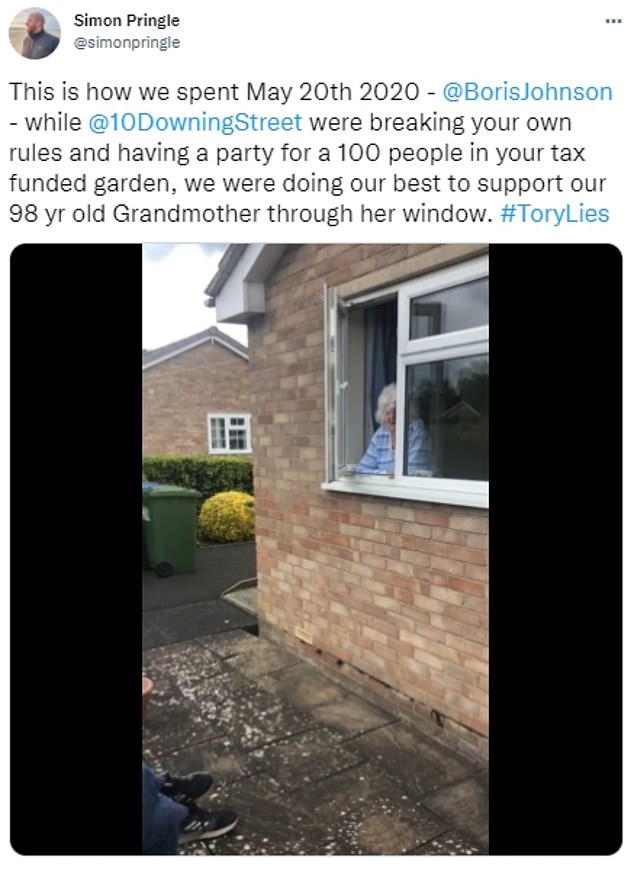 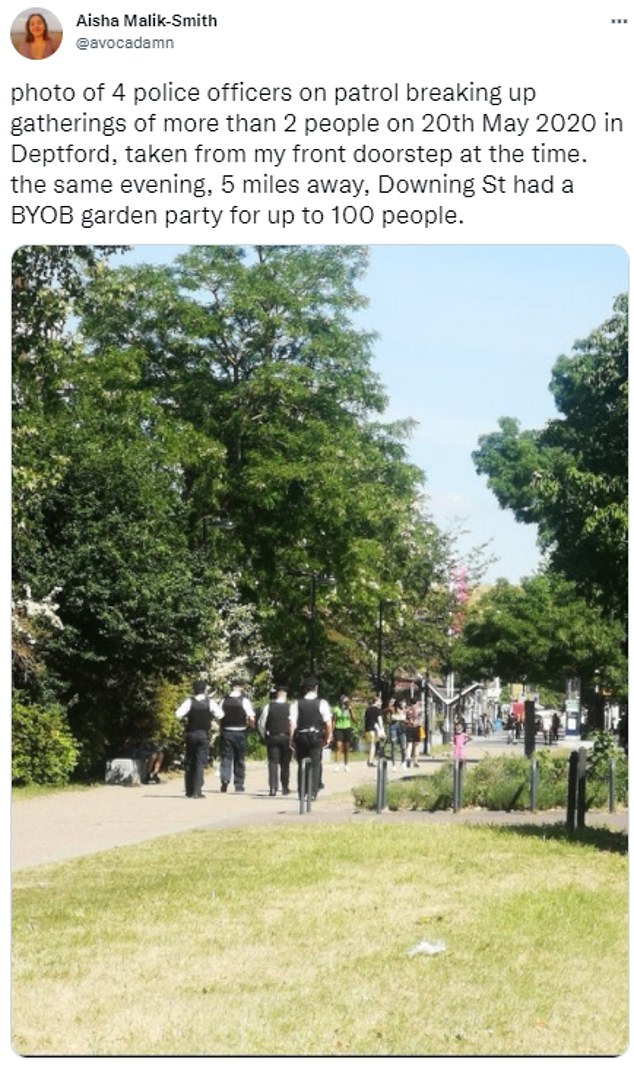 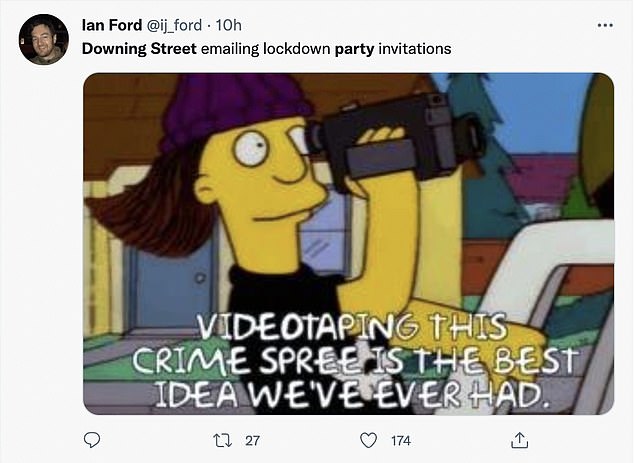 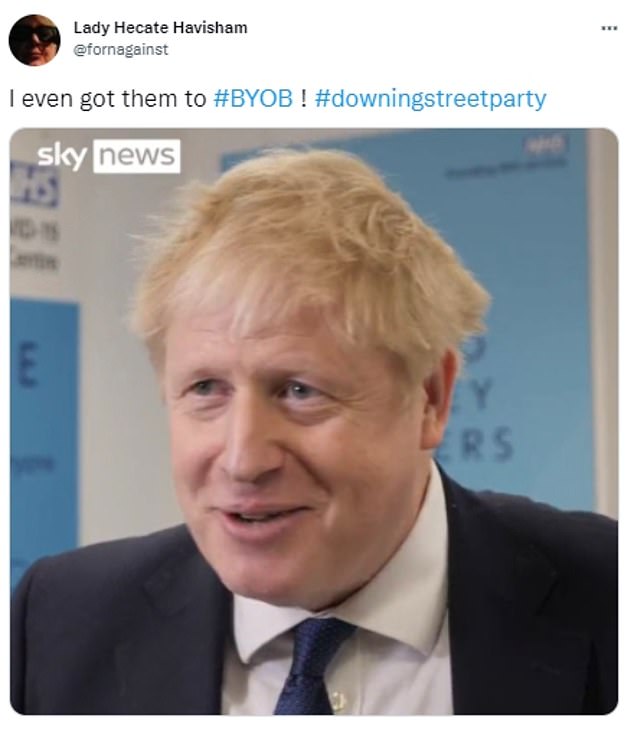