Old Spanish football shirts are being given a new lease of life on hospital wards.

Rather than let the unwanted La Liga kit go to waste, one company is upcycling the shirts into hospital gowns to help younger patients recover faster.

Children at the Hospital San Rafael in Madrid have been seen wearing Barcelona, Real Madrid and Atletico Madrid jerseys emblazoned with some of the nation’s most famous players. 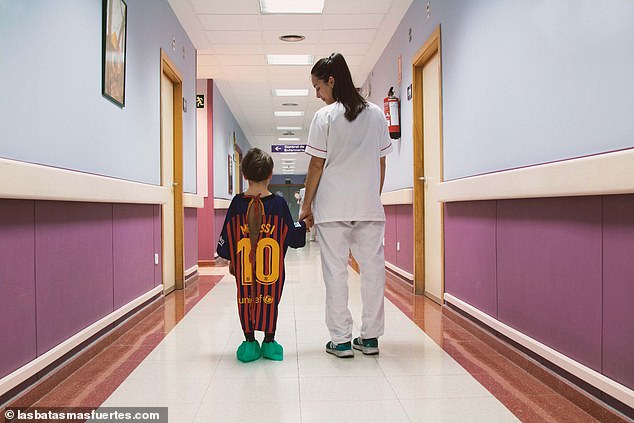 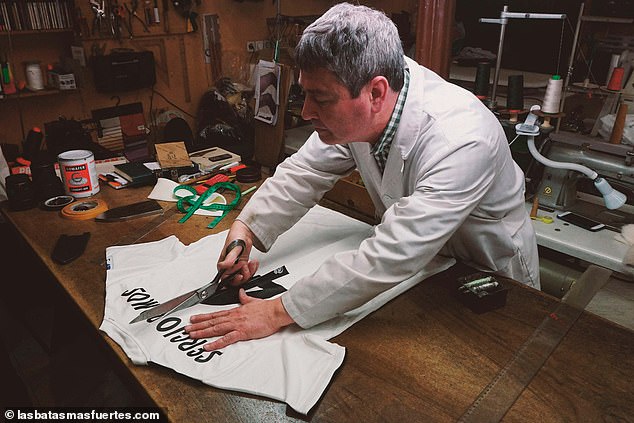 The campaign, Las Batas Mas Fuertas – ‘The Strongest Hospital Gowns’ in English – was created by Spanish football magazine Panenka, who teamed up with We Are Xuxa to launch the gowns.

The idea of turning La Liga jerseys into gowns is to replace the usual green hospital robes with something more cheerful.

They hope this can make child patients feel stronger, which could reducing their hospital stay. 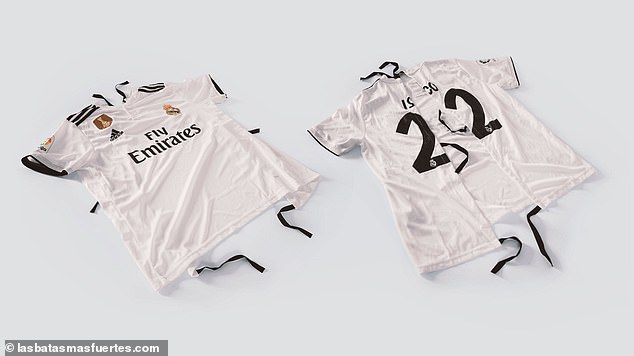 In a promotional video filmed at the Madrid hospital, captions explain that the campaign is there to help children ‘face their hardest match’.

‘Illness is a scary rival. But it can be beaten,’ it reads.

‘Because something great happens when we wear our team shirt. We become braver, stronger and more prepared to beat our opponent.’ 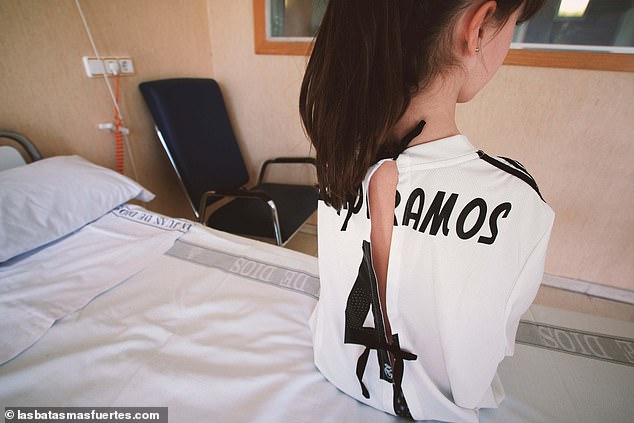 The finish product: A girl wearing the Sergio Ramos gown after it has been upcycled 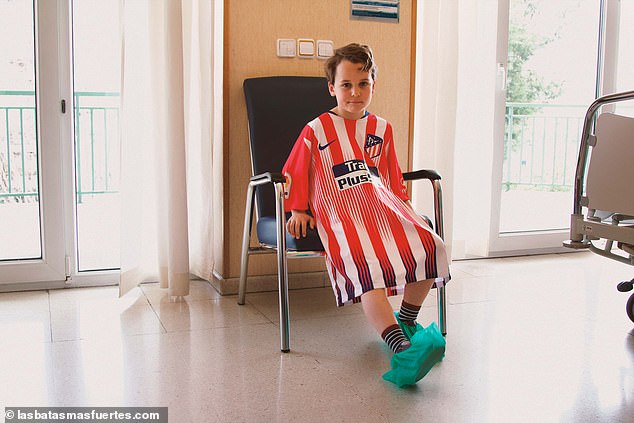 A boy looks happy to be wearing his Athletico Madrid hospital gown. The campaign runners believe the initiative help children to feel stronger and recover more quickly from an illness

A nurse at the hospital also explained why the project is so important for giving the children a quick recovery.

‘The state of mind influences the evolution of a child, impacting how many days of hospitalisation,’ she said.

‘A gown gives you so much joy, can reduce stress and in turn reduces the hospital stay, because it improves your mood and defenses at the same time and helps to recover faster.’

Las Batas Mas Fuertas is now looking for other hospitals to join the campaign.

Panenka have said they firstly want to get hospitals and health centres to express interest in the campaign, and will start to collect kits in June. 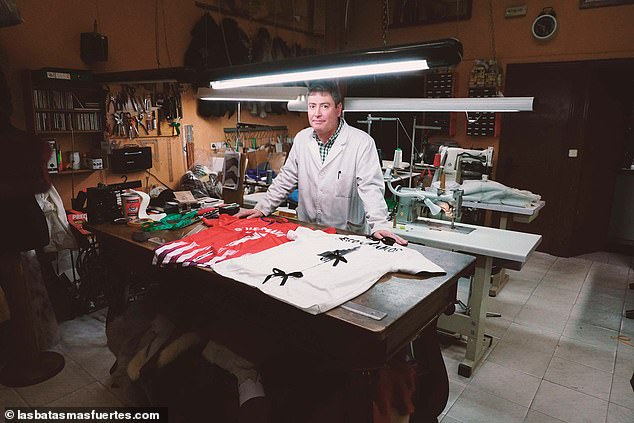 Las Batas Mas Fuertas – ‘The Strongest Hospital Gowns’ in English – is looking for more hospitals to join the campaign, which was launched this week