Specialised aged-care GPs should be created to visit older Australians at home or in care, with doctors opting to receive an annual fee instead of Medicare's existing fee for service, the Aged Care Royal Commission's senior lawyers have recommended.

While Australia was proud of its universal health care scheme, the commission heard evidence that aged care recipients were often denied practical access to this health care.

Senior counsel assisting the commission Peter Gray QC said the existing fee-for-service model was recognised as in conflict with the proactive coordinated and team-based approach needed to prevent and manage chronic and complex conditions. 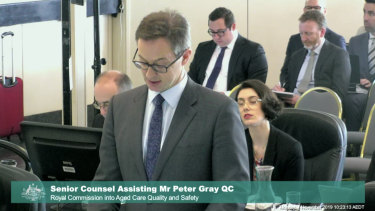 The commission’s senior counsel assisting Mr Peter Gray QC made the recommendations to the royal commission.

"With a population who do suffer over the average more complex and chronic conditions, a more regular form and continuous form of care is called for and that calls for a different approach to funding, not simply an approach based on fee-for-service," he told the commission on Friday.

"High levels of frailty and acuity mean it's difficult for some people receiving aged care, particularly those living in residential care, to travel to receive healthcare services. There must be access, therefore, to outreach healthcare services … I mean services which will travel to where the people are who need those services," Mr Gray told the commission. 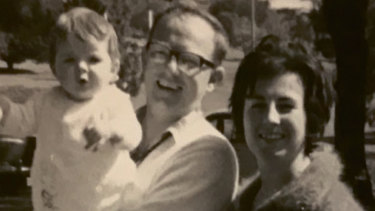 Allan and Lynette Sheldon with their daughter Rhonda, who gave evidence to the royal commission on aged care.

Mr Gray said the evidence, from residents, families and staff, was there were "real limitations in the access that's enjoyed to general practitioners and other primary healthcare practitioners."

Ms Payget told the commission that one GP refused to talk to her family directly about her mother's condition. "She doesn’t really trust him… He may be a good GP, but they just don’t have a good relationship, and her need is really to feel like someone is looking at her as a whole person; that’s her words."

The inquiry also heard how 83-year-old Allan Sheldon spent four days begging to see a GP, and told a Melbourne facility's nursing and care staff he was having a heart attack.

His daughter Rhonda McIntosh took him to a doctor, who called an ambulance to take him to hospital where he was diagnosed as having a heart attack. Ms McIntosh said her father should be able to see a doctor when he wants or needs to, like anyone else. "He shouldn't have to beg staff for it or he shouldn't have to wait until we're able to advocate for him," she told the Canberra hearing