A woman exploring the bush above one of Sydney’s most popular beaches has stumbled across a massive snake swallowing an animal while hanging from a tree.

Lucy Morris was enjoying her daily exercise in Shelly Beach at Manly when she spotted the diamond python devouring the animal – believed to be a ringtail possum – whole.

The Balgowlah resident took her phone out and filmed the python as it neared the end of its meal with the possum’s tail hanging out of its mouth.

The snake appeared to have attacked and eaten its prey while managing to hang from a tree branch. 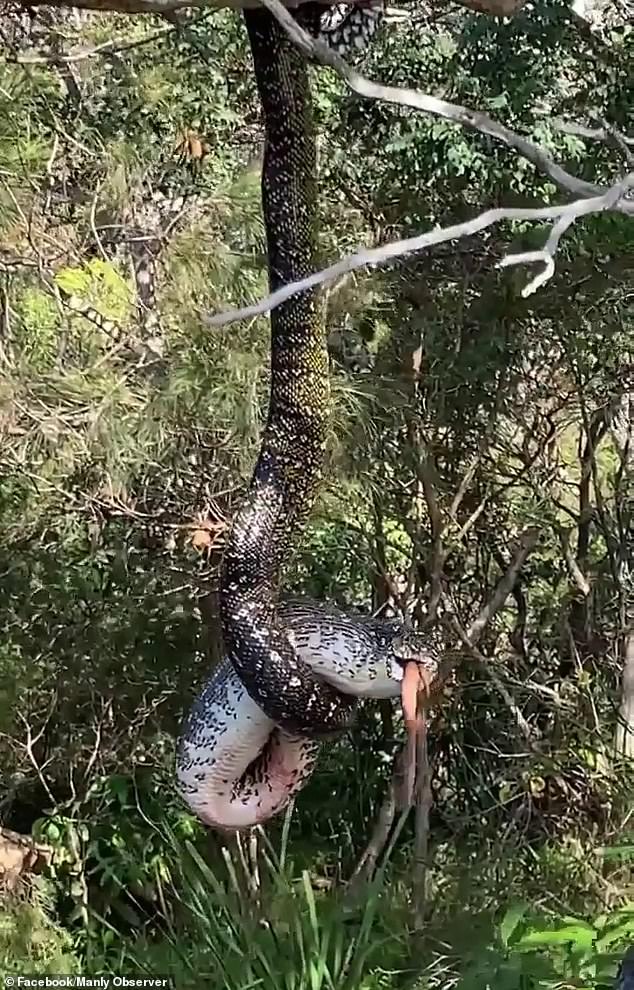 Ms Morris said she decided to take a different route to the sometimes packed Shelly to Manly walk and instead explored the hillside at the far southern end of Manly.

She shared it to Instagram, where it was picked up by local news publisher Manly Observer.

Most social media users agreed the unlucky animal was a possum, but others thought it could have been a huge rat, small wallaby or even a cat.

Pythons are known to eat small mammals and lizards.

One woman called the hungry snake ‘a happy tree noodle’, while others said they had also seen diamond pythons in the area.

Diamond pythons grow up to three metres long and are not venomous – although they can administer a painful bite with fangs.

They are constrictors which means they wrap themselves around prey and suffocate it then swallow it. 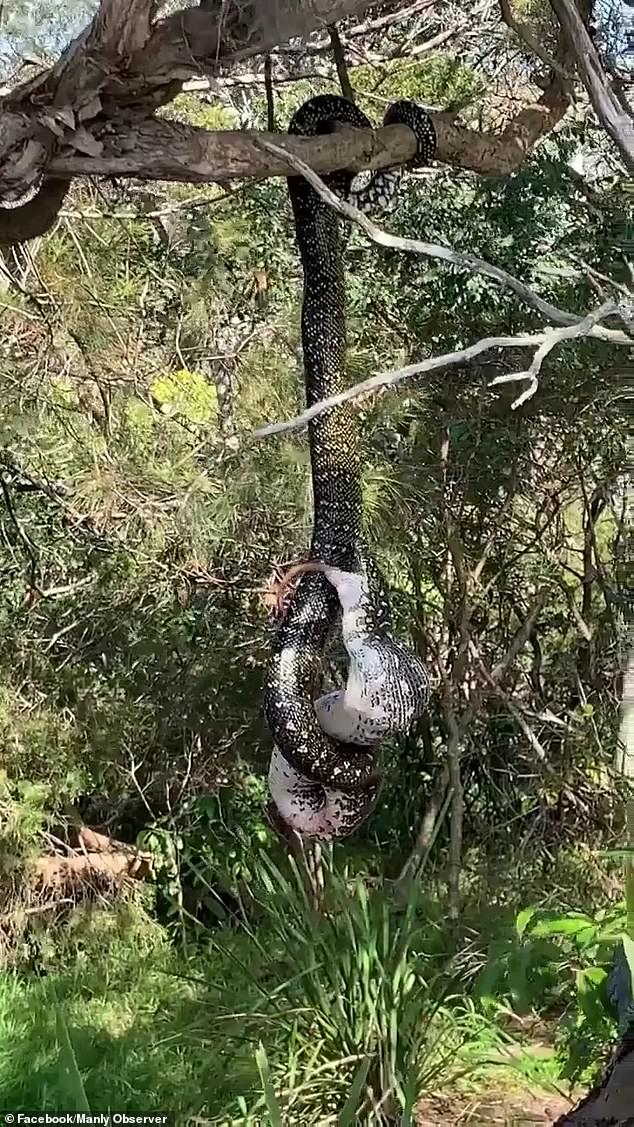 The python hung from a tree as it continued eating the animal, which social media followers thought was probably a possum