Telling stories to sick children can ease their pain, a study has found.

Scientists recruited 81 children, aged between two and seven, who were in intensive care suffering from illnesses such as asthma, bronchitis and pneumonia.

Half of the group were read stories for up to 30 minutes, while the other half were told riddles.

Before and after each session, saliva was collected from each child to analyse levels of the hormones cortisol, which is related to stress, and oxytocin, which is linked to feelings of empathy. 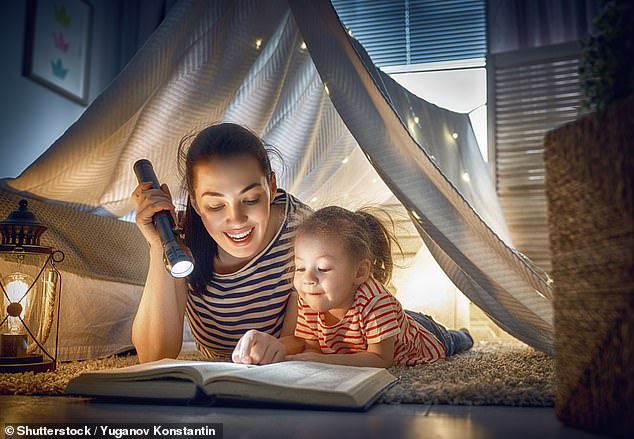 Telling stories to ill children can help ease their suffering, according to researchers from the D’or Institute for Research and Education in Brazil

Both stories and riddles reduced levels of cortisol and increased oxytocin. The children’s feelings of pain and discomfort were also lowered.

But in the storytelling group, the positive results were twice as good. Their oxytocin levels were boosted six-fold, while pain scores were reduced five-fold.

Lead author Guilherme Brockington, of the D’or Institute for Research and Education in Brazil, told the Proceedings of the National Academy of Sciences journal: ‘During storytelling, something happens.

‘The child, through fantasy, can experience sensations and thoughts that transport him or her to another world, a place that is different from the hospital room and far from the aversive conditions.’ 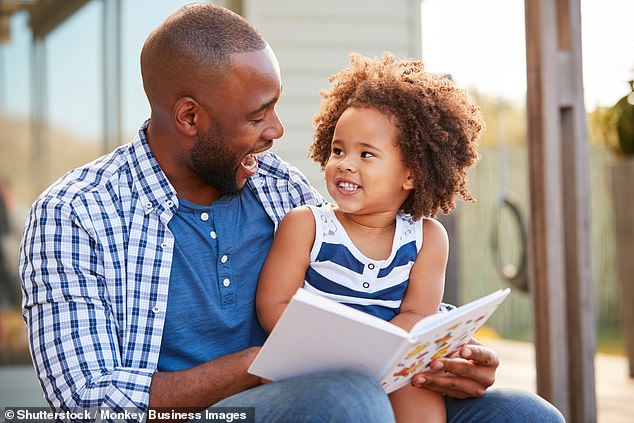 Half of the children in the study were told stories, while the other half were told riddles

During the study the children were able to choose which story they would be told, and were read to by a researcher one-on-one.

Jorge Moll, who also led the research, said: ‘I consider this study to be one of the most important I have participated in, due to its simplicity, rigor, and potential direct impact on practices in the hospital environment, aiming at the relief of human suffering.

‘As it is a low-cost and highly safe intervention, it can potentially be implemented in the entire public system, once larger-scale studies verify its reproducibility and effectiveness.’