Police have uncovered one of Australia’s biggest money laundering syndicates which allegedly bought the identity of hundreds of foreign students on the dark web to wash cash and move tens of millions of dollars offshore.

Police will allege the ring laundered at least $62 million of criminal cash using the dormant bank accounts of 250 students who have returned to China after studying in Australia. 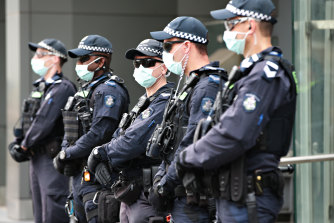 Victoria Police and other agencies have busted one of Australia’s biggest money-laundering specialist operations.Credit:Paul Rovere

Victoria Police, backed by AUSTRAC and the Australian Criminal Intelligence Commission, uncovered thousands of deposits into Melbourne ATMs which were used to move money around Australian and internationally.

They believe the former students’ identities and bank details were bought by the syndicate then moved back to Australia through the dark web.

To physically move the cash, the syndicate then used “money mules”. A single student account would be used to make multiple transactions before moving on to another.

The Burwood, Box Hill and Blackburn men were charged with Commonwealth money laundering, structuring charges and state proceeds of crime offences. They were remanded in custody to face Melbourne Magistrates’ Court this morning. The Endeavour Hills man and Caulfield North woman were released and expected to be charged on summons. 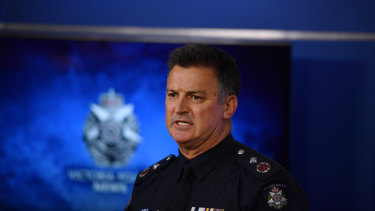 The money flow in the suspect accounts became less explainable as COVID restrictions stopped the flow of students into Australia, Ms Porter said.

“This syndicate has conducted a highly mobile and agile operation, moving away from those traditional venues and outlets associated with money laundering. Of the five people arrested, four of them were not known to police and had no history of any type of criminal offending,” Assistant commissioner of crime Bob Hill said.

“These were people living a quiet and unremarkable life in the Melbourne suburbs, all the while operating a sophisticated criminal enterprise.”

“Money laundering is not a victimless crime – these funds are used to operate criminal networks involved in a variety of crime types including the trafficking of drugs and illicit firearms.”