THREE more Superdrug stores will start offering Covid vaccines from today as Britain ramps up its jab roll out. 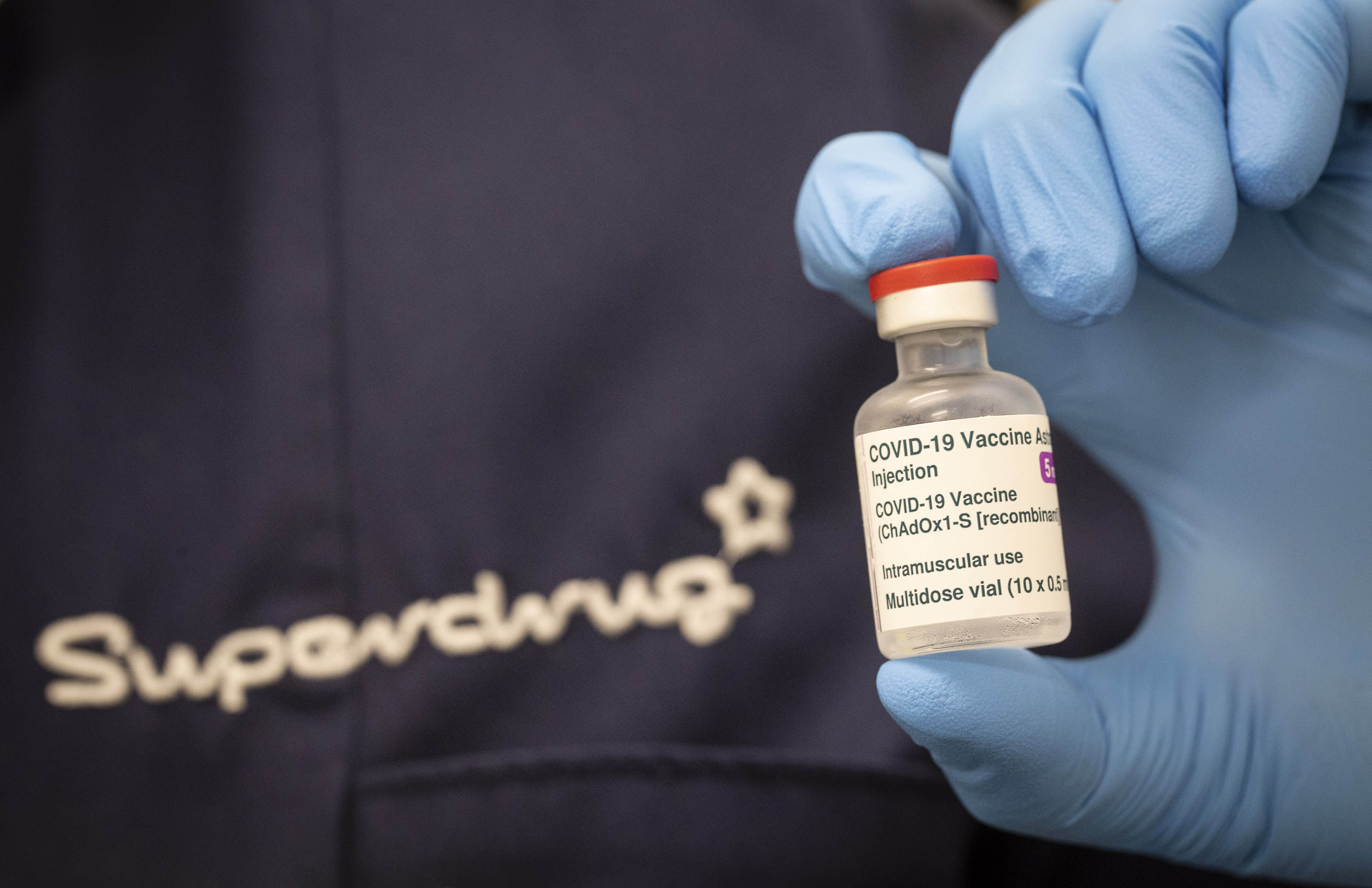 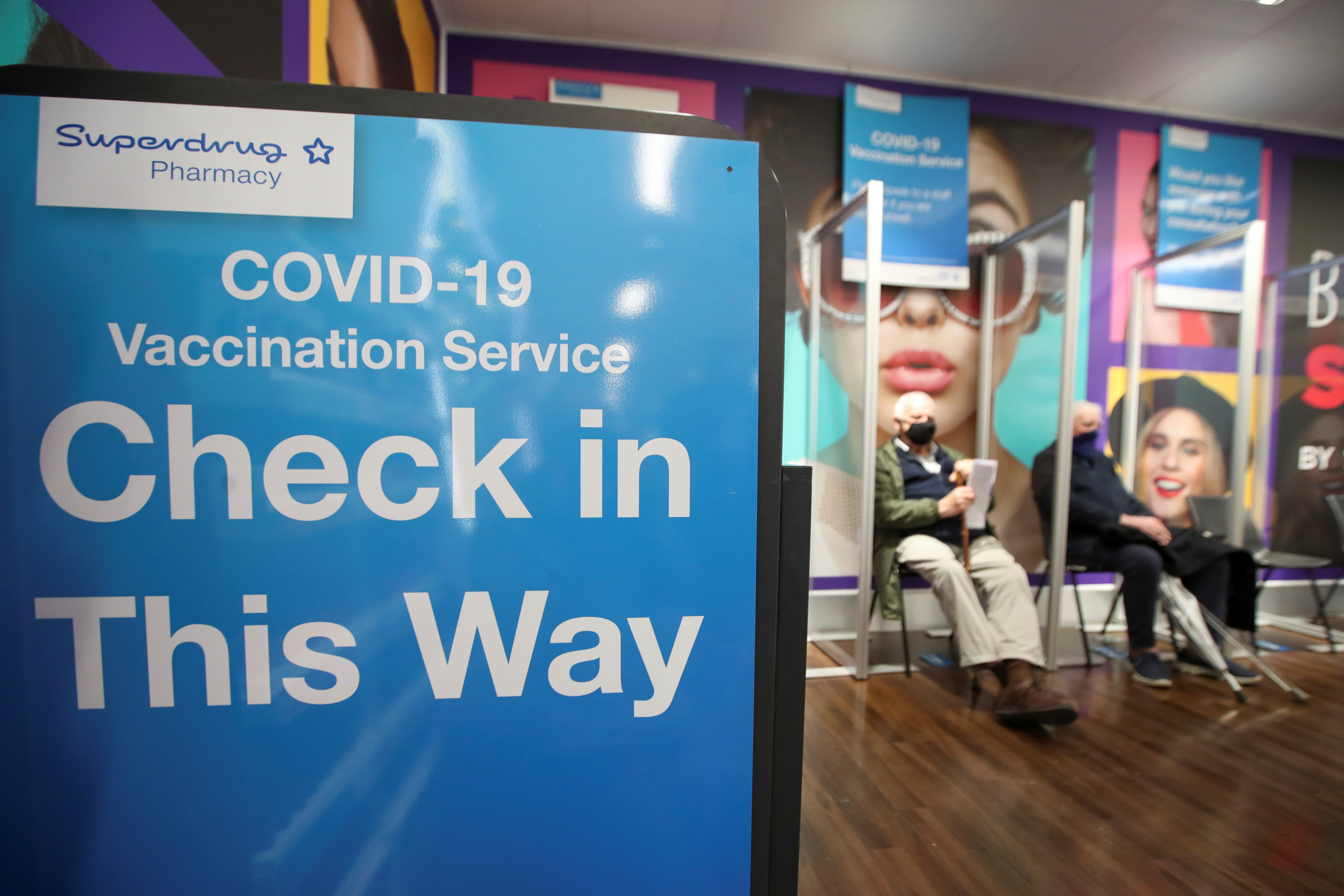 Pharmacists and nurses will deliver the Oxford/AstraZeneca vaccine from 8am to 8pm, seven days a week.

They aim to deliver around 1,000 vaccinations per week – or one every five minutes.

Michael Henry, Superdrug’s healthcare director, said: “We now have four Superdrug sites supporting the NHS with the rollout of its critical vaccination programme with sites in Basingstoke and Cambridge launching in the coming weeks.

"We continue to be in active discussions with the NHS and stand ready to offer additional vaccination sites through further pharmacy involvement.”

The high street pharmacy is planning to open its next jab centre in Huddersfield in the next few weeks.

Sophie Bull, store manager of Boots in Gloucester, said: “We are incredibly proud to support the NHS during this extraordinary time.

"We look forward to welcoming patients in store over the coming days and weeks and are thrilled that our pharmacy has been selected to be at the forefront of the nation’s vaccination efforts.” 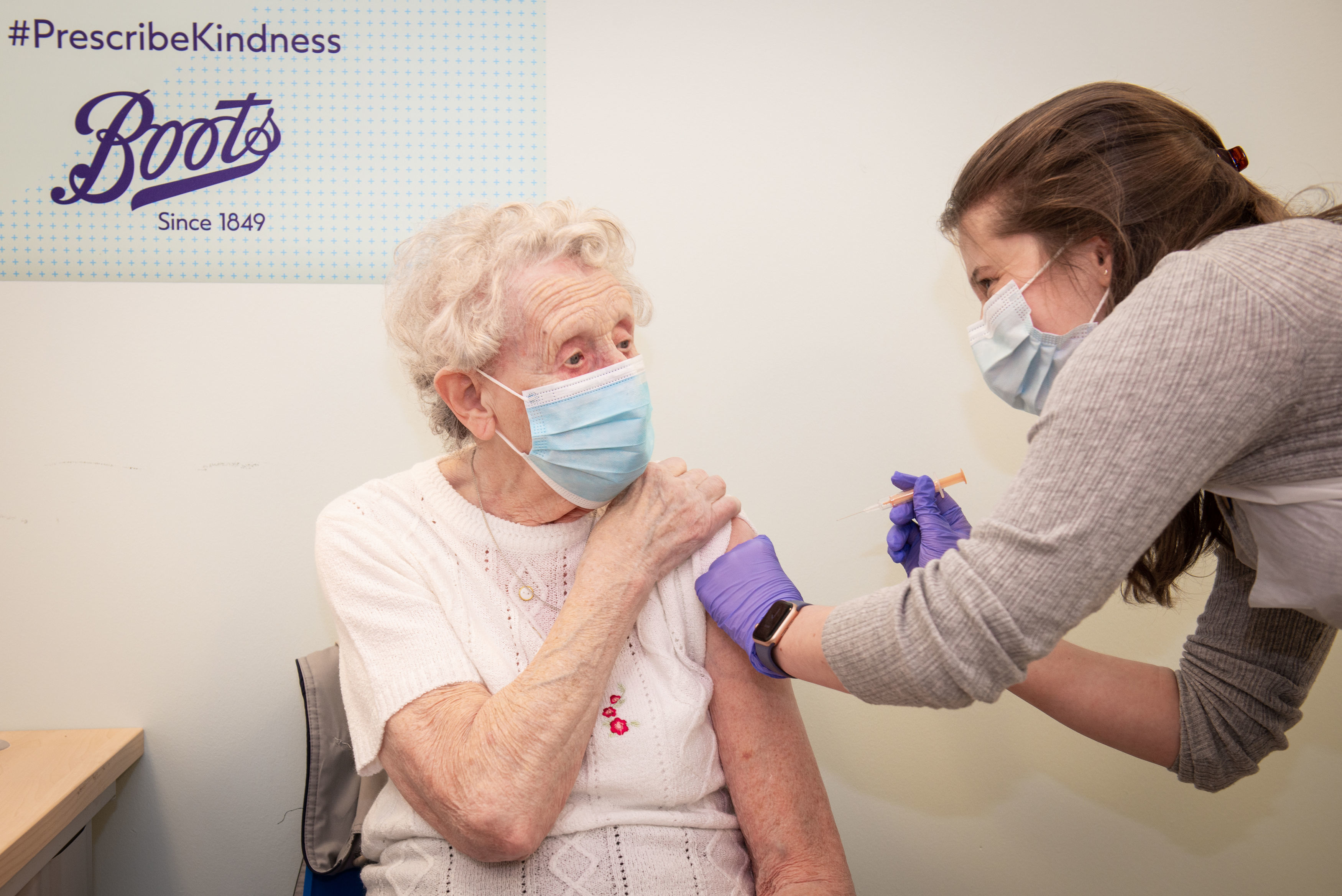 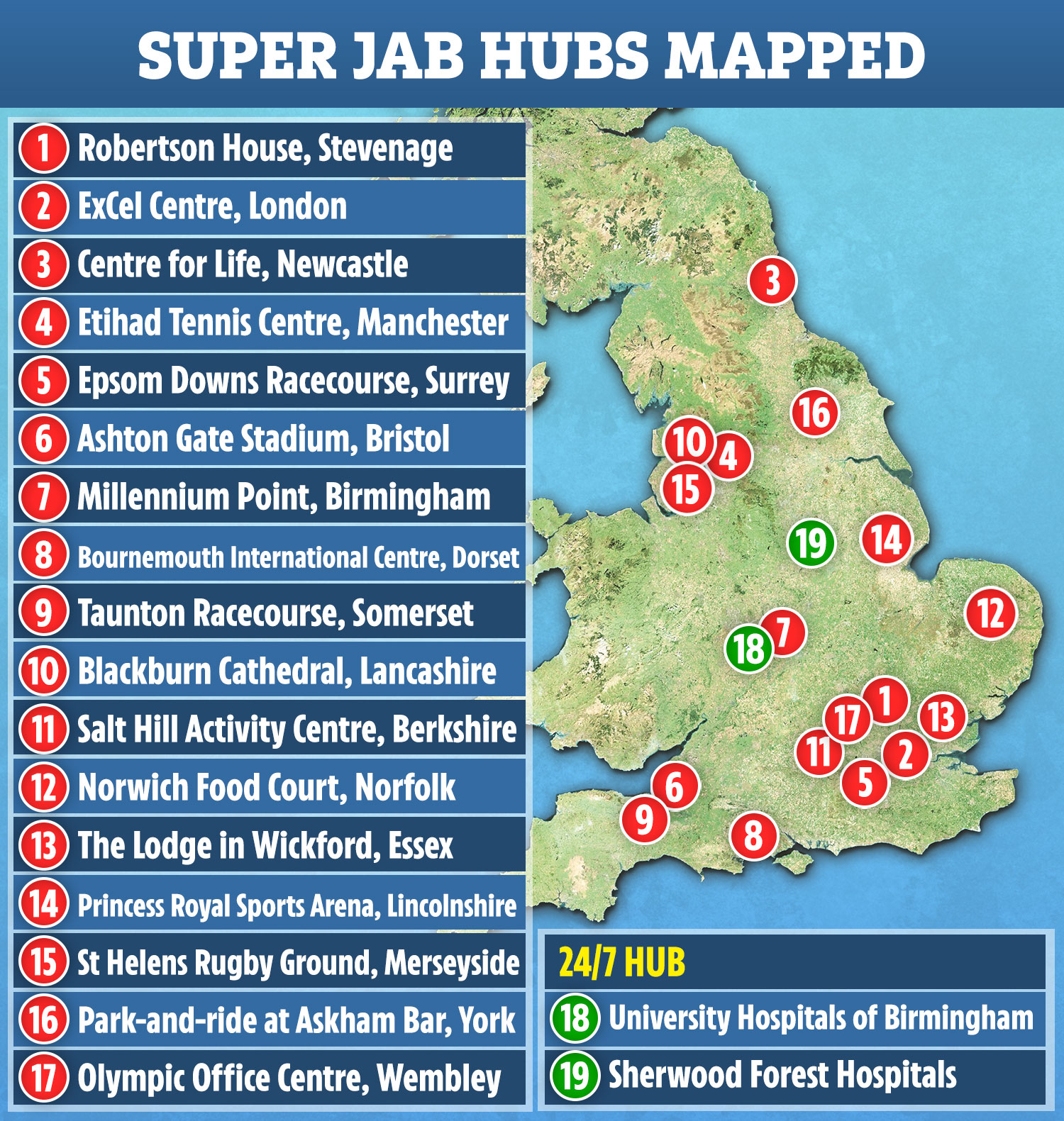 University Hospitals Birmingham and Sherwood Forest Hospitals in Nottingham will be the first areas to pilot round-the-clock jabs.

Prime Minister Boris Johnson has promised 24/7 vaccine hubs across Britain "as soon as we can".

If the pilot scheme is successful, then a network of similar centres will be opened up across the UK.

A mosque in Birmingham and a cinema in Aylesbury, Buckinghamshire have also started offering vaccines to vulnerable people.

They will be part of hundreds of pharmacies and local sites targeting hard-to-reach Brits.

By the start of next week, 67 chemists will be offering the vaccine as numbers continue to scale up.

Jabs are already available from over 1,000 GP-led services, more than 200 hospitals and 17 mass immunisation centres.

Three cathedrals – Salisbury, Blackburn and Lichfield – are among the sites helping to deliver the vaccination blitz.

How do you get your vaccine?

Letters sent to those who qualify to have the vaccine give details on how to book your jab in each area.

Many will be expecting their letter if they know they are at high risk.

But the NHS says you might not receive your letter straight away.

You also need to be registered with a GP surgery in England. You can register with a GP if you do not have one.

The letters explain how the slots can be booked through the national booking service online or over the phone.

To start the booking process you can follow the link sent to you on your letter.

It will not be possible to use the NHS Covid-19 Vaccination Booking Service if you have not received an invitation letter.

It comes as Matt Hancock revealed the NHS is vaccinating people against Covid-19 at the rate of 200 jabs every minute.

The Health Secretary told MPs the UK has now given more than five million doses of coronavirus vaccines to 4.6 million people.

"This virus is a lethal threat to us all and, as we respond through this huge endeavour (to vaccinate), let's all take comfort in the fact we're giving 200 vaccinations every minute," he said.

"In the meantime, everyone must follow the rules to protect the NHS and save lives, and we can do that safe in the knowledge that the tide will turn and that, with science, we will prevail."

Mr Hancock told MPs that 63 per cent of care home residents have now been inoculated, and said early indications are that Covid vaccines can deal with some of the newer variants of the virus.

In response to a question from shadow health secretary Jonathan Ashworth on the South African variant which may pose a reinfection risk, Mr Hancock said: "Obviously we are vigilant to this and keep this under close review.

"I'm glad to say that the early indications are that the new variant is dealt with by the vaccine just as much as the old variant, but of course we are vigilant to the new variants that we're seeing overseas."

It came as experts tracking the spread of Covid-19 in England said infections may have gone up at the beginning of the current lockdown.

Professor Paul Elliot, who is leading the React study at Imperial College London, suggested the current measures may not be strict enough to see a drop in infections and the reproductive rate – the R.

The study involving 143,000 people, who were randomly selected, looked at the prevalence of coronavirus including in people without symptoms.

Infections from January 6 to 15 were 50 per cent higher than in early December, the study found.

Prof Elliott told BBC Radio 4's Today programme that the current R rate – which represents how many people an infected person will pass the virus on to – is "around 1".

He added: "We're in a position where the levels are high and are not falling now within the period of this current lockdown."

Meanwhile, Professor Anthony Harnden, deputy chairman of the Joint Committee on Vaccination and Immunisation (JCVI), told ITV's Good Morning Britain that the UK is in a "dire situation" at the moment but insisted that delaying the second dose of vaccines by up to 12 weeks is the right thing to do.

The history of using other vaccines has shown that "one dose often offers really good protection", he said.

Call to arms – how MPs, celebs and big businesses backed our campaign

A HOST of celebs and politicians threw their weight behind Jabs Army as they praised kind-hearted Sun readers who signed up.

Their calls were led by Boris Johnson, who begged for volunteers to help 'return the country to normal life'.

The PM wrote personally to our readers, saying: "The Sun’s Jabs Army campaign is a brilliant example of the power of collective action.

"It has already inspired companies and workplaces up and down the country to join the call to arms.

"So today, I call on everyone who has the time to join the legions of volunteers already signed up and to boost volunteer numbers further still."

Jeremy Clarkson urged Brits to get off the sofa and sign up to beat the lockdown blues.

He said: “Everyone is saying how bored they are. They’ve watched Netflix, gone through everything on the internet, read Google.

“Well let’s not be bored — let’s get off our bottoms and volunteer.”

His call was backed by a string of other celebs – including the Duchess of York Sarah Ferguson, who hailed our campaign as “fantastic”.

Health Secretary Matt Hancock saluted Jabs Army as he addressed the nation in a No10 press briefing.

He said: "Come and be a part of it. The Sun’s Jabs Army is marching and helping the nation.”

While celebrities like Bear Grylls, Gordon Ramsay and Bake Off's Matt Lucas have also thrown their support behind the campaign.

He added: "For instance, the HPV vaccine initially was licensed for three doses; we're now thinking about giving it as one dose.

"And there are lots of examples of this, it is biologically completely implausible that the protection (from one dose) will suddenly drop off after three weeks.