Five high school football players were shot Tuesday in a deadly “ambush” after a scrimmage in Philadelphia, authorities said. A 14-year-old boy was killed.

Two gunmen are thought to have opened fire after a game at Roxborough High School, killing 14-year-old Nicholas Elizalde, according to Philadelphia Police.

The players were walking off the field when gunfire erupted from a light green Ford Explorer, police said in a statement.

The teen was struck in the chest and pronounced dead at a hospital at 5:09 p.m., the statement said. 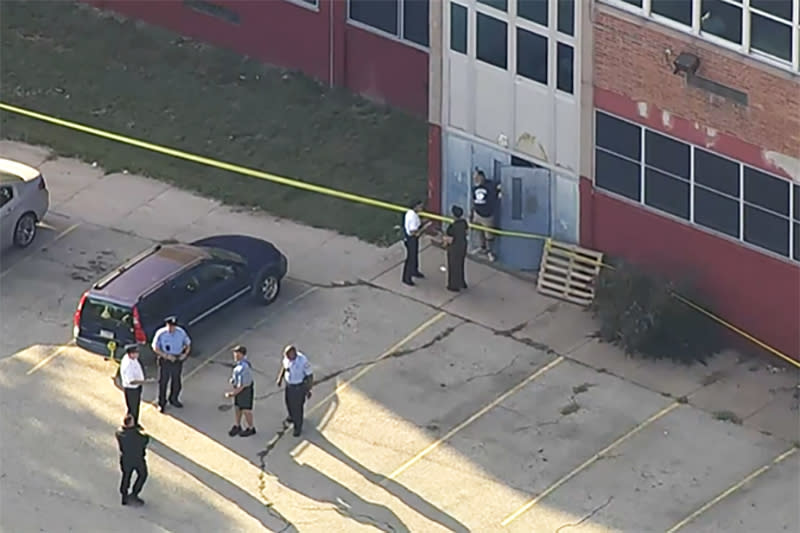 Details of the fifth victim’s injuries were not immediately available.

No suspect have been publicly identified. A motive remained unknown, Stanford said.

Players from three schools had been involved in the scrimmage, Stanford said. All of those who were struck attend Roxborough, northwest of downtown Philadelphia, he said.

The gunmen appeared to have fired “a lot” of bullets at the players, Stanford said.

“The biggest piece of this — there’s a 14-year-old doing what students do, having football games at the end of the day,” Stanford said. “It’s one of the things we encourage our kids to do.”

Speaking to reporters, Philadelphia School Superintendent Tony B. Watlington Sr. said he was “personally disturbed and quite frankly angry with this senseless act of violence.”

More than 1,400 people have been struck in nonfatal shootings this year in Philadelphia, city data shows. There have been 400 homicides, a 1% drop from the same time last year, the city’s most violent on record, according to NBC Philadelphia.