AN artist's bloody Halloween masterpiece – which features a man killed by a chainsaw and a "body bag" – has caught the attention of his neighbors – and even local cops in Dallas. 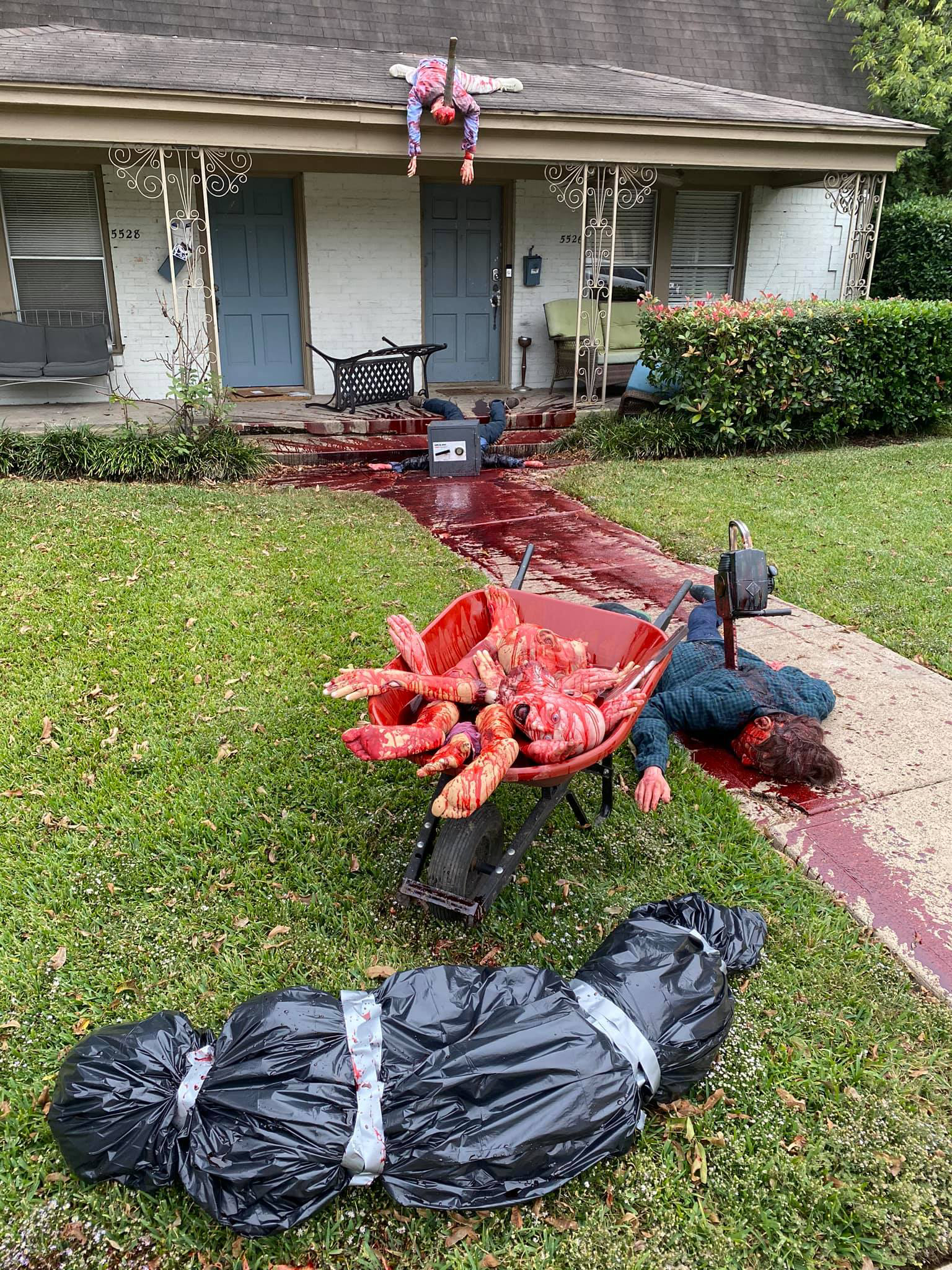 An unlucky dummy whose head was pulverized by a fake safe lies on the front porch, which is covered in a large puddle of crimson fake blood.

The blood spills out onto the walkway and into another dead body that's been impaled by a fake chainsaw.

In the front yard, a wheelbarrow filled with bloody limbs rests on the grass with a taped-up body wrapped in garbage bags beneath it.

Novak told the Dallas Observer that his version of a hyperrealistic haunted house have been praised Dallas Police Department cops. 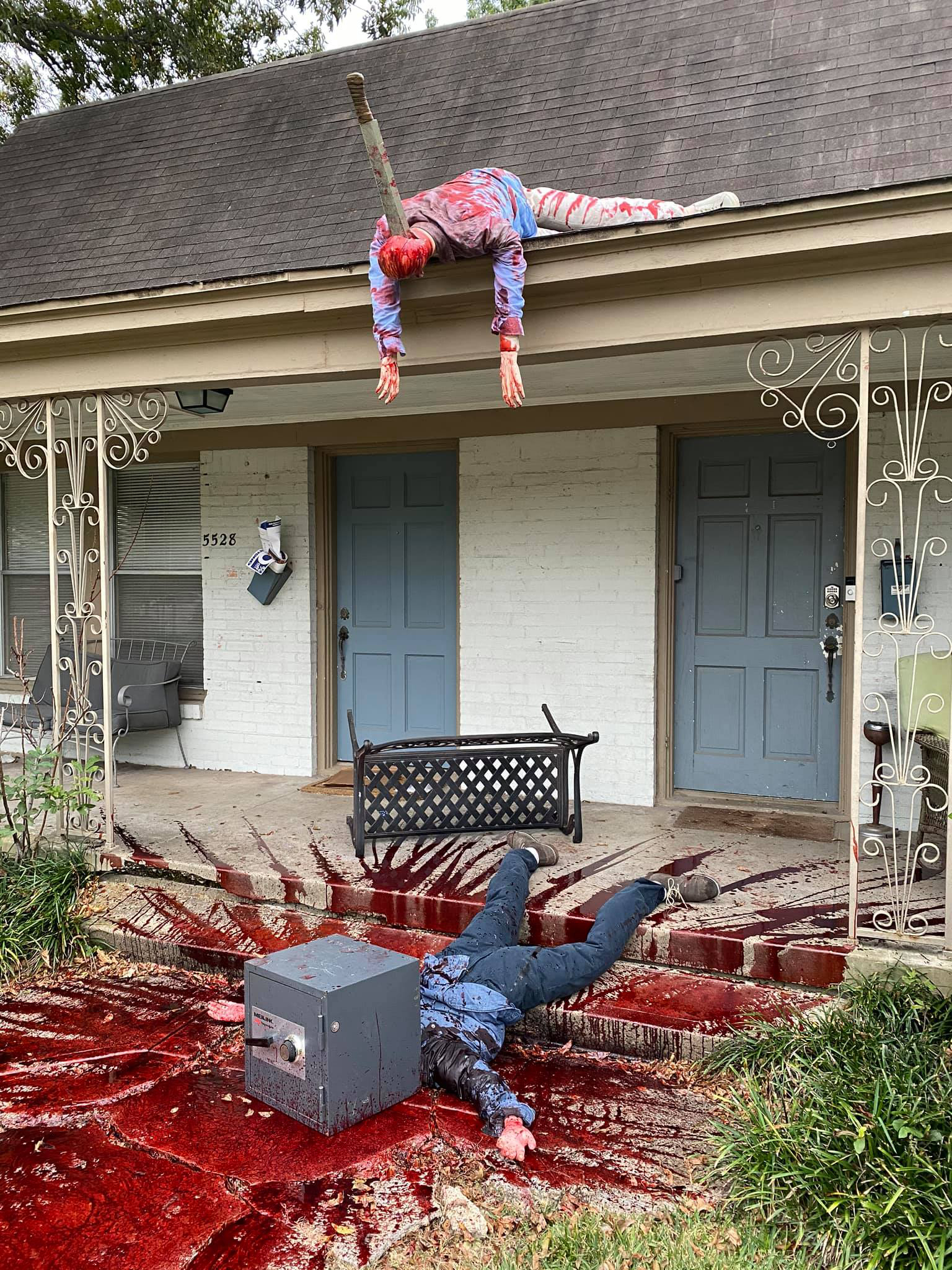 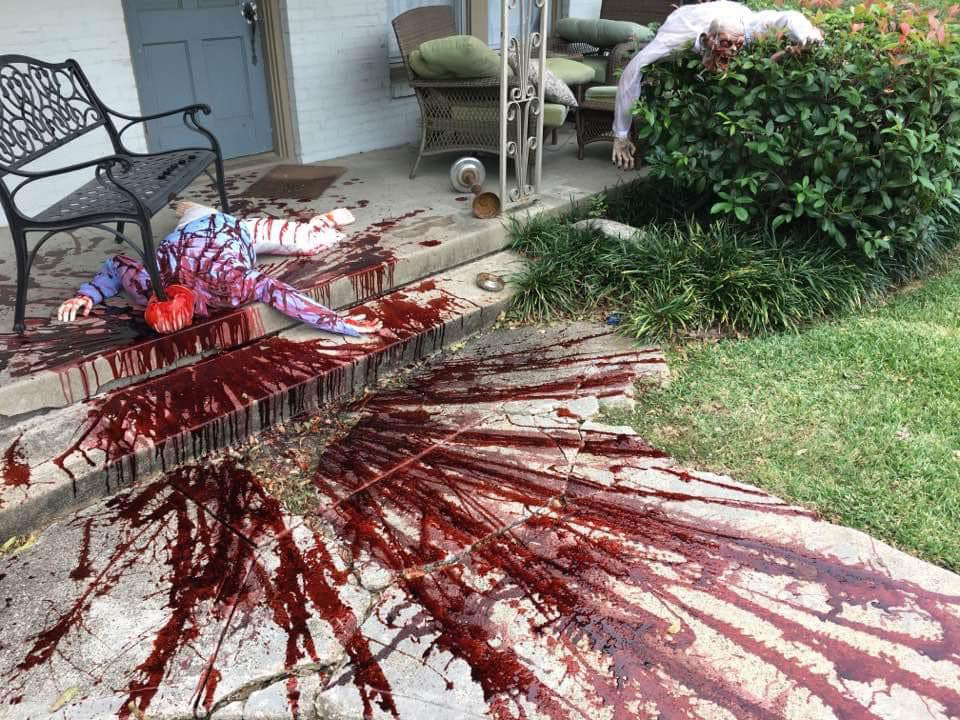 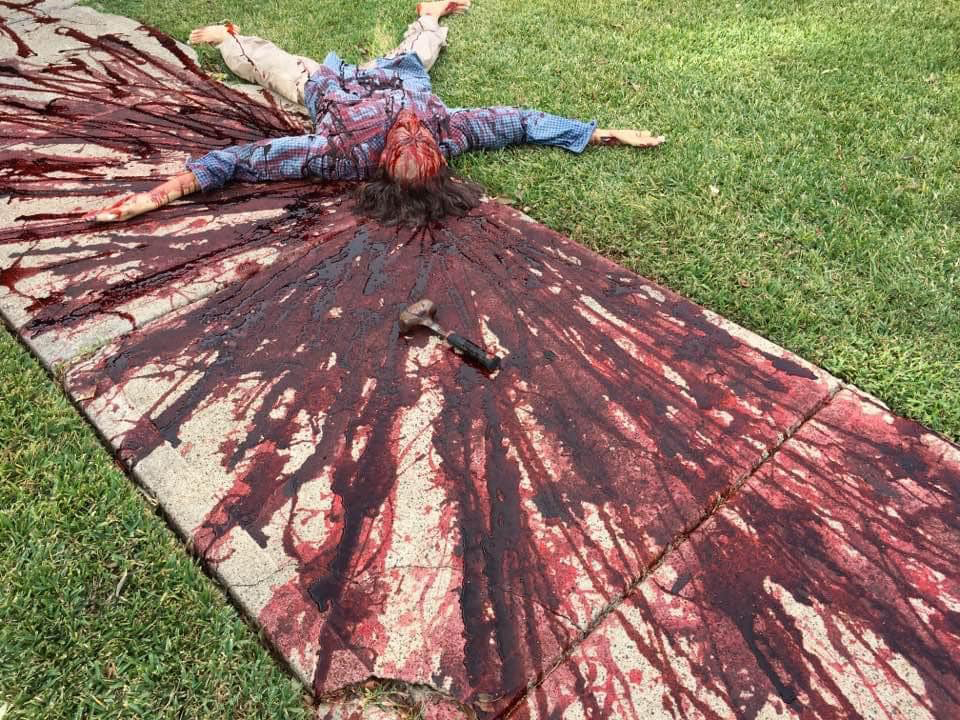 He said they often pass by because of scared residents' concerned calls to police about his spine-chilling creation.

“Neighbors told me cop cars were in front of my house a lot during the day,” he told the Observer.

“I was only home twice to receive them. They told me they thought it was cool and that they were only there because they were required to reply to complaints from the sergeant.”

“I’ve always been up to high jinks like flying ghosts or 7-foot-tall snow sculptures of myself, so if I was gonna do Halloween, it was obvious that it should be hyperreal,” he said.

“No lights, fog machine, or camp…something that would really freak people out walking by in the dark. So I whipped up some dummies and slung 20 gallons of blood all over.” 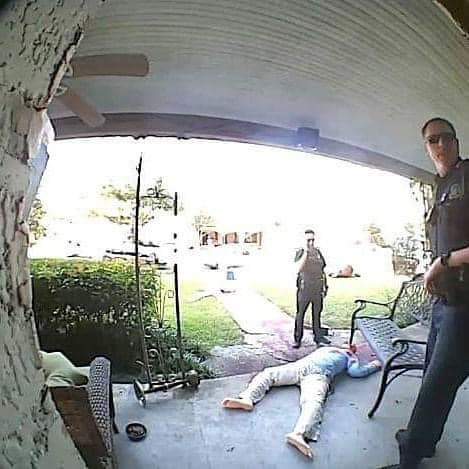 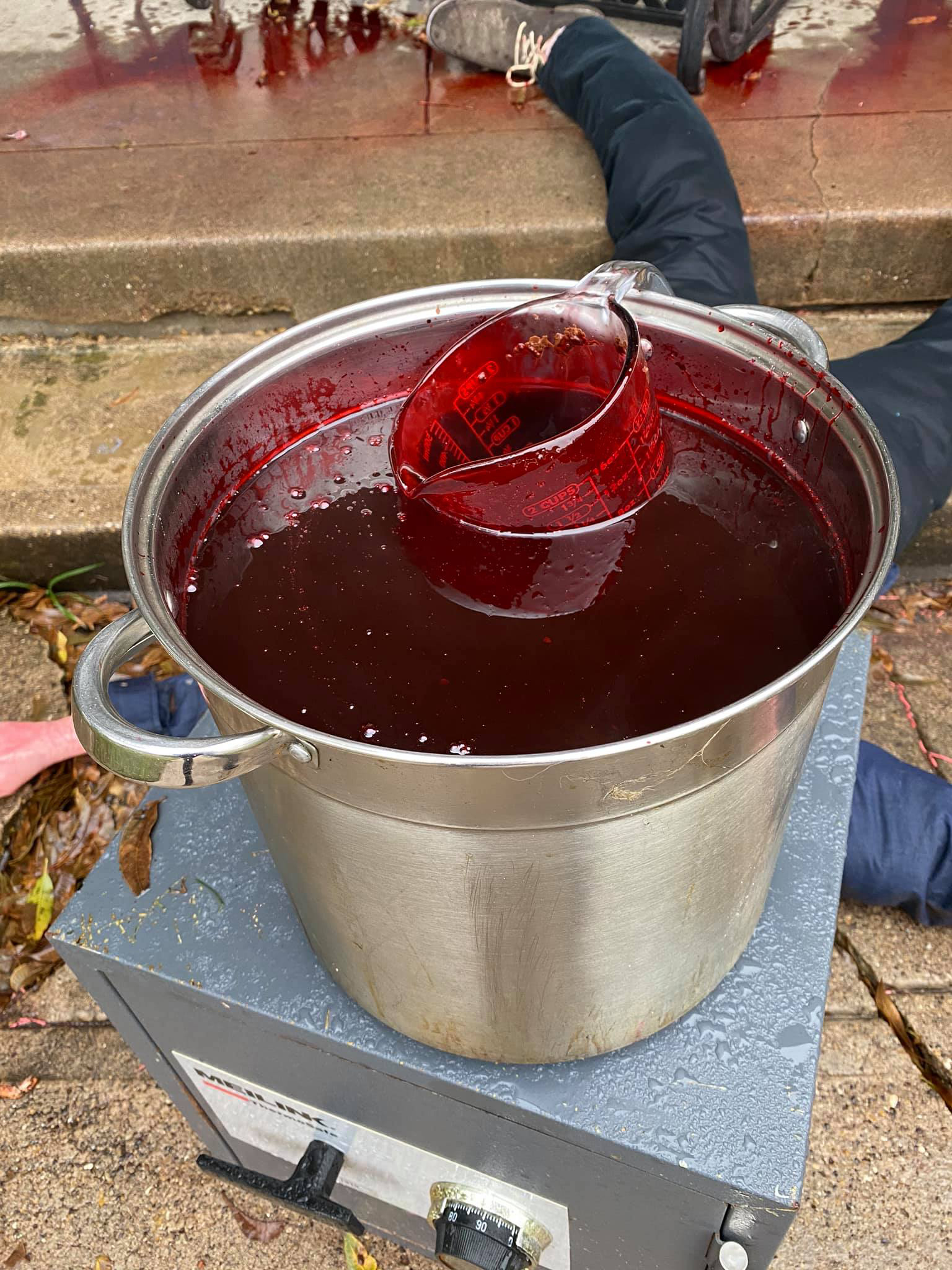 Novak, who said he enjoys creating spooky art, said he's most proud of the tipped-over wheelbarrow that looks like a failed attempt to dispose of a dead body.

The calls he's received about his frightening display hasn't deterred him – he's vowed to outdo himself next Halloween.

"Honestly, though, I think I could’ve used more. [My plans] were way worse on paper. Next year, though!"