The coin that could tear up Australian history

The coin that could tear up Australian history: Scientists probe African copper piece found on a beach which could show Portugal reached the continent 250 years before Captain Cook

Australia may have been visited by Portuguese seafarers more than 250 years before Captain James Cook arrived on the continent.

That is one theory being examined by scientists in Australia as they try to trace the origins of an African coin which was found on a beach last year.

The copper artefact, which is one of several similar finds, is believed to be a Kilwa coin from what is now Tanzania and could date back almost 1,000 years.

But how the coin ended up on the Wessel Islands off northern Australia is not yet clear. 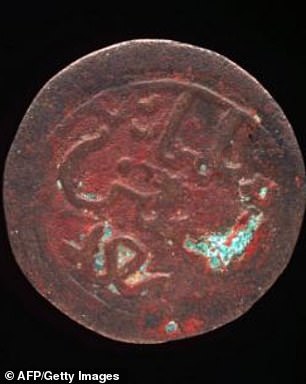 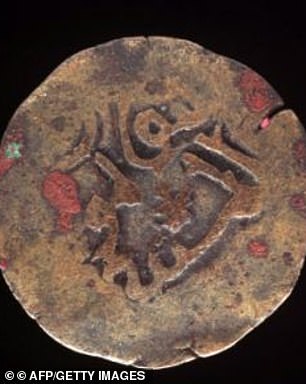 Mysterious: These coins are among several found on the Wessel Islands off Australia which could indicate that Portuguese seafarers were the first Europeans to reach the continent

Aboriginal Australians are thought to have first arrived on the Australian mainland by boat from the Malay Archipelago between 40,000 and 60,000 years ago.

The first known landing in Australia by Europeans was by Dutch navigator Willem Janszoon in 1606.

Other Dutch navigators explored the western and southern coasts in the 17th century, and dubbed the continent ‘New Holland.’

However, it has also been speculated that Portuguese seafarers could have reached Australia earlier than that.

The British penal colony was then first established at Botany Bay in January 1788.

During the following century, the British established other colonies on the continent.

The contact sparked a long decline in the number of indigenous Australians because of conflict with colonists and new diseases brought from Europe.

One possible explanation is that the Portuguese, who had raided Kilwa in 1505, left the coin behind on their travels in south-east Asia.

Portuguese seafarers were in East Timor by 1515 and could potentially have reached the Australian mainland.

That would make them probably the first Europeans to reach Australia.

It would also mean they were there some 250 years before Captain James Cook laid a British claim to the continent.

Speaking to the Guardian, archaeologist Mike Hermes said: ‘The Portuguese were in Timor in 1514, 1515 – to think they didn’t go three more days east with the monsoon wind is ludicrous.’

Discussing the coin, he said: ‘We’ve weighed and measured it, and it’s pretty much a dead ringer for a Kilwa coin. And if it is, well, that could change everything.’

Mr Hermes found the coin lying on a beach on the Wessel Islands last year, saying it had no intrinsic value.

The Wessel Islands are the only place outside Kilwa and the Arabian peninsula where such coins have been found, Mr Hermes said.

Mr Hermes was building on the work of Royal Australian Air Force radar operator Maurie Isenberg, who had found five Kilwa coins there in 1944.

He kept the African coins hidden away for decades until they were finally donated to a Sydney museum in 1983. 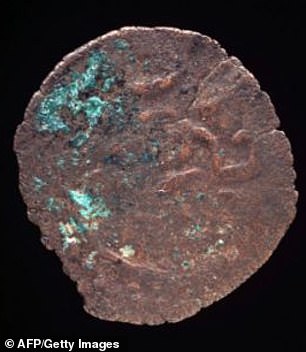 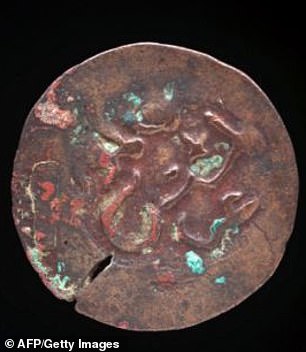 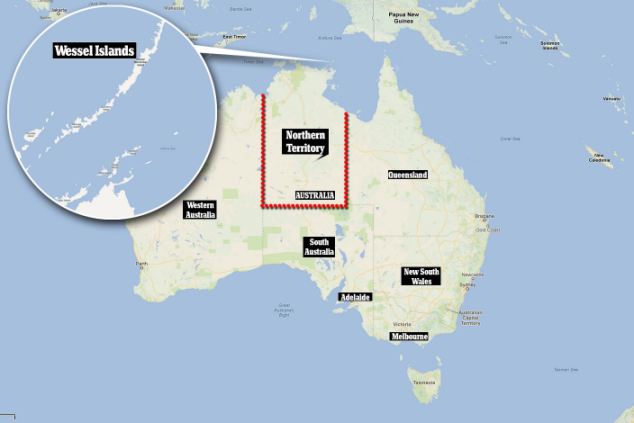 The Wessel Islands are the only place outside Kilwa and the Arabian peninsula where such coins have been found, the archaeologist who found the latest one has said

They have prompted a wave of speculation about whether Portugal was the first European power to reach Australia.

It has also been suggested that Kilwa traders could have brought the coins from Africa themselves, or been shipwrecked while trying to do so.

The coins may also simply have been washed ashore from elsewhere.

Scientists in Australia are now examining the new coin in a bid to discover its secrets.

Researchers have said that a sea route from Kilwa in east Africa to Oman and then onto India, Malaysia and Indonesia was well established by the 1500s.

In 2013 professor Ian McIntosh said rock art discovered on the Wessel Islands includes one image which appears to show a European sailing vessel.

The earliest European contacts with Australia have long been shrouded in mystery. 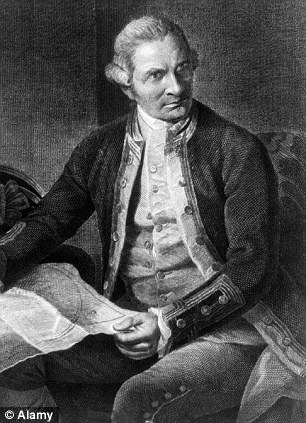 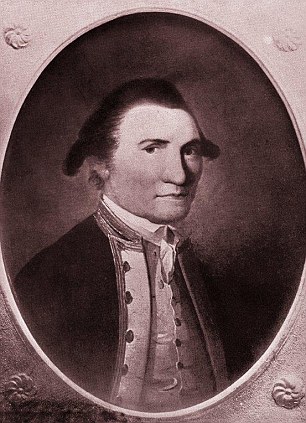 Claimed: Great Britain became the first European power to officially claim any area on the Australian mainland thanks to James Cook (pictured)

French navigator Binot Paulmier de Gonneville claimed to have landed at ‘east of the Cape of Good Hope’ in 1504, after being blown off course.

But the place that he reached, which some believed to be Australia, has since been proven to be Brazil.

The first known European landing was by a Dutch navigator, Willem Janszoon, in 1606.

The first Englishman to land on the Australian mainland was William Dampier, a former pirate.

He reached the northwest coast, near King Sound, in January 1688 after his ship – the Cygnet, a small trading vessel – was beached.

Captain James Cook then reached Sydney’s Botany Bay in 1770 and laid a British claim to the continent.