‘The power of the earth’: Bruce Pascoe on grass and fire

It's dusk and a cool breeze blows up from the Wallagaraugh River, creating slow-motion ripples in the grass on the hills.

The name for this grass in the Yuin language is mandadyan nalluk – "dancing grass" – and it is almost ready for harvest on this 56-hectare property owned by Bruce Pascoe, the author of the award-winning Dark Emu. 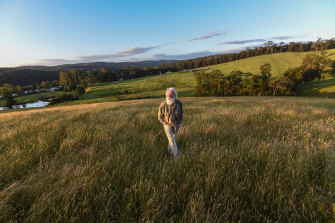 "We want to change the way agriculture is conducted in our country," says Pascoe. "Not just for our people, but for the sake of the Earth, so we're not making so many demands on the water and soil."

In January, like many who live in this part of East Gippsland, Pascoe spent six weeks defending his farm against huge bushfires. A "horrible" frenzy of activity, as the fire surged and retreated, and surged again.

But Pascoe says he was relatively lucky, and he worries most about local people who lost their houses. About 100 homes were burnt in Mallacoota and many are yet to be rebuilt. 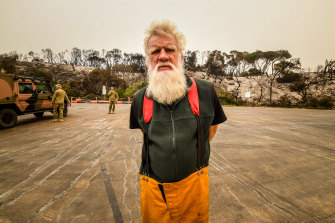 Pascoe is a CFA volunteer and spent days clearing trees during the January bushfires.Credit:Justin McManus

The dirt road to Pascoe's property passes through kilometres of burnt forest. The ground cover is growing back after spring rains, and fresh leaves sprout from blackened eucalypt trunks, but it's too soon to know how much of this bush will regenerate.

Before the fires started, Pascoe and his staff had been about to harvest their fifth crop of kangaroo grass but his paddocks were burnt from fence to fence.

"I was despairing, but a fortnight later it rained, and by March we were harvesting the first crop of dancing grass," he says. "We had this grass on the property, only in small amounts, and after the fire it has become the dominant plant."

Now another crop is ready, about six months after the first. It is confirmation the grass flourishes after fire and Pascoe plans to burn the paddocks again, though not every year. 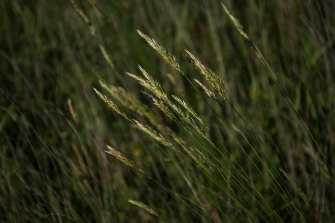 Pascoe has baked bread from the dancing grass seeds.Credit:Justin McManus

"We learn from experience, we also learn from old Aboriginal practice," he says. "A lot of that knowledge has been lost, but we are trying to recover as much of it as we can."

Pascoe is not fond of the term "bush tucker", often used to market Indigenous food, saying he finds it a diminutive term to refer to foods that were once dietary staples.

As well as grasses, Black Duck is trialling the growth of tubers and other plants used by Indigenous people, such as cumbungi (a bullrush), murnong (also called yam daisy) and water ribbon.

Black Duck employs between three and six Yuin staff, and Pascoe says personal attacks on his reputation by right-wing commentator Andrew Bolt and others have only served to boost sales of the best-selling Dark Emu, allowing him to employ more people. 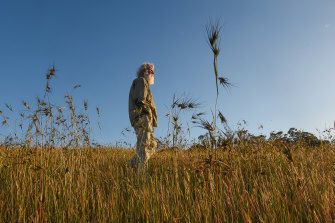 Pascoe wants Indigenous people to control this project: "The hardest thing in Australia seems to be involving Aboriginal people in anything, apart from Olympic Games and football. Everyone talks about closing the gap but no one does it."

Grain from the initial harvest of dancing grass was given to local Indigenous people, universities in Melbourne and Sydney doing research on the nutritional properties of Australian grasses, and Pascoe also baked a "delicious" dark, flavourful bread.

A recent University of Sydney study found native millet, or panicum, was easy to grow, harvest and turn into flour and "significantly more nutritious" than wheat. The one-year feasibility study found native grasses could be grown for mass consumption by testing 15 different species.

But while interest in bush foods is growing, Indigenous representation in the supply chain – from growers to farm managers and exporters – is less than 1 per cent, according to an ongoing research project funded by the Indigenous Land Corporation. 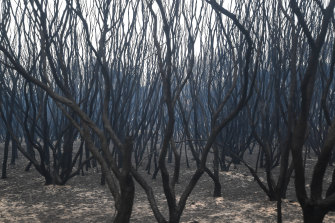 Interest in Black Duck from the hospitality industry has been overwhelming, and while most inquiries are genuine, Pascoe has also encountered shysters: "They see themselves as shining lights, but they pay Aboriginal people bugger all."

Next week, he will drive to Sydney to promote a new book, Loving Country: A guide to Sacred Australia, co-authored with Vicky Shukuroglou and published by Hardie Grant. It’s a companion volume to Marcia Langton's Welcome to Country, he says.

But he's always relieved to return to his East Gippsland property: "I knew she'd come back, I just didn't know how quickly and how strong – the power of the earth to recover from fire."