Three Albanian men gang-raped woman, 23, after kidnapping her from outside a nightclub on her first night out after lockdown

Three Albanian men who raped a drunken young woman after one had kidnapped her outside a nightclub have been told they face long prison sentences.

The 23-year-old victim became separated from a friend during her first night out after the end of Covid restrictions at Vogue nightclub on Bedford High Street on September 4 last year.

Gemti Hyka, 31, who had targeted her inside the club, put her into his car and drove her to an address in the town centre where he raped her, a court heard.

Two of his associates, Vullnet Haka and Ibrahim Bezati, later arrived and also raped her, a jury was told. She had been slapped and forced to take cocaine.

Haka, 33, of Washburn Close, Bedford and Bezati, 36, of Caves Lane, Bedford were found guilty of false imprisonment and two charges of rape of the woman. The jury cleared them of two other charges of rape. 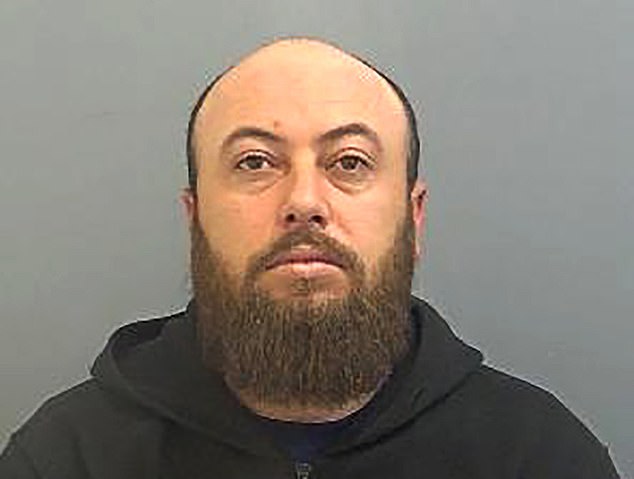 Gemti Hyka (pictured), 31, was found guilty of kidnap, false imprisonment and two charges of rape at Luton Crown Court. He was cleared of two other charges of rape 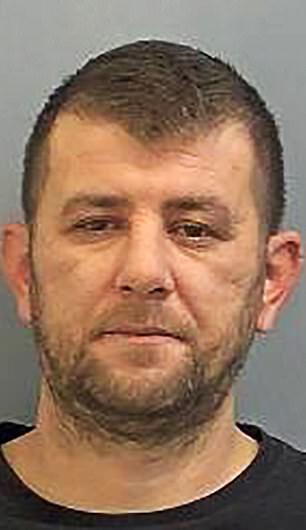 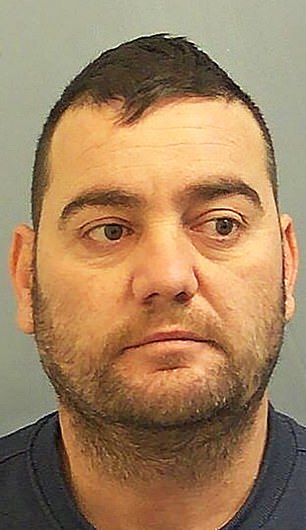 Vullnet Haka (left) and Ibrahim Bezati (right) were found guilty of false imprisonment and two charges of rape of the woman. The jury cleared them of two other charges of rape.

Luton Crown Court heard that the victim had become separated from her friend when they left the club and walked in different directions to avoid a group of men fighting in the street.

As she was walking home she was accosted by one of the men and bundled into his car before being driven to a garage and then a house, where all three men raped her.

The victim told the court she had no memory of leaving the club in the early hours of the morning but said, while at Hyka’s address, she went into ‘survival mode.’

The woman told the court: ‘I begged them to let me go. I was confused and scared.’

The victim eventually managed to escape the house and sought assistance from passers-by before calling the friend she had been with earlier in the night, at around 7.30am that day, the court heard.

A spokesman for Bedfordshire Police said: ‘That evening on the High Street, Hyka approached the victim again, who had split away from her friend. He then kidnapped her and took her to a BP garage in his car in Newnham Avenue. The victim tried to signal for help but was unsuccessful.

‘He then took her to a house in Kempston where Bezati and Haka were waiting.

‘At the property, the victim was forced to take cocaine before being raped by all three men. She eventually managed to escape and flagged down a member of the public who helped her contact the police and family.’

The victim’s friend, also 23, told the jury they had gone for dinner in Zizzi in Bedford on the evening of September 3, where they ate pasta and drank two bottles of wine between them.

She said they went on to the Slug and Lettuce where they had a cocktail, a glass of wine and a Tequila shot before going into Vogue nightclub.

She said it was their first night out after the lockdown.

At one point she saw her friend receive a kiss from a man on the dance floor.

‘I told him to leave her alone and he left,’ she said.

She was asked, on a scale of one to ten, how drunk her friend was. She replied: ‘seven or eight.’ 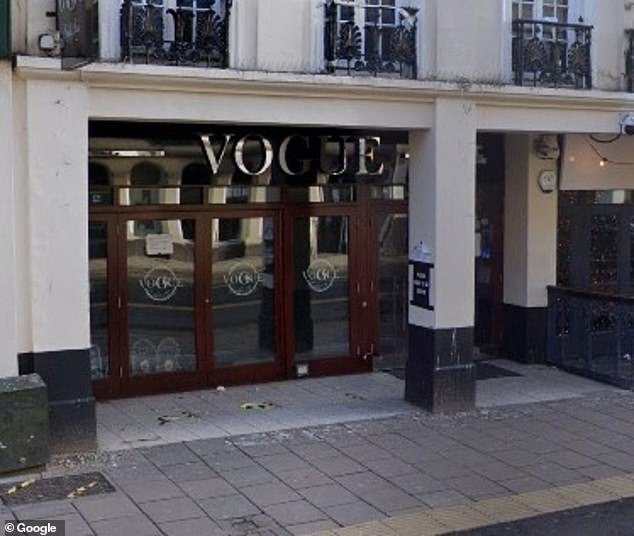 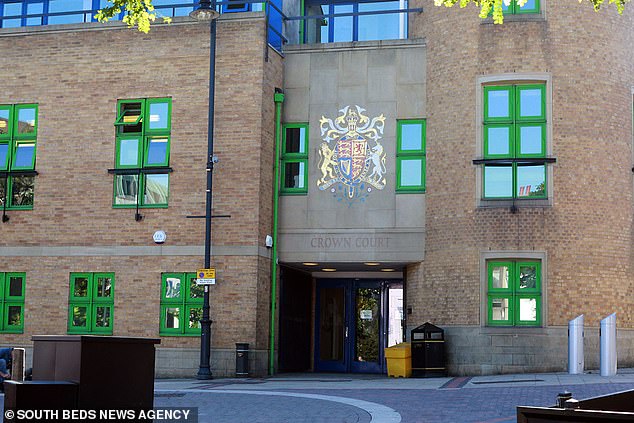 Hyka told the jury when they got to the address the victim agreed to have sex.

He said: ‘She never cried when she was with me. I never did it. I am not a rapist.’

Under cross examination by Mr Mulgrew, Hyka denied that he and the other men spoke in Albanian and laughed at her.

Judge Steven Evans said he will sentence the men in seven to eight weeks’ time.

He said: ‘I am satisfied Hyka targeted her in the club. He formed the idea he would take her to his house. I am satisfied he waited for her to achieve an ambush. He made the other defendants aware she was at his house.

‘Hyka is likely to have raped her before their arrival. Once they all attended she was forced to take cocaine and encouraged to drink with the single aim of making her comply with what they intended.

‘An atmosphere of intimidation and fear was created. She was slapped and forced to take cocaine. There was a degree of humiliation.’

Detective Constable Hannah Latton, from Bedfordshire Police’s Rape and Serious Sexual Offences (RASSO) team said: ‘This was an horrific case where the victim was effectively targeted by these men, who took her to a property where she was held against her will and repeatedly raped.

‘Thankfully incidents such as these are incredibly rare but the result should serve as reassurance to anyone who has been through the trauma of rape or serious sexual assault. We will believe you and do everything in our power to bring such predators to justice.

‘The victim showed tremendous courage by facing her attackers in court, even though they had the audacity to deny the offences, putting her through a further ordeal of re-living the incident during the trial. Her evidence was crucial to ensuring these men will remain behind bars for a considerable amount of time.

‘Nobody should feel they cannot speak up about abuse. We will treat every case professionally with the utmost compassion and have specialist officers trained to support people who have experienced such horrendous offences.’