Perfect for potty training! Three-bed house with a toilet in the middle of a playroom goes on sale for £300,000

A family home with a bizarre feature of an open toilet place in the middle of a playroom has divided opinion online over its apparent usefulness in toilet-training youngsters.

The three-bedroom property in Sale, Greater Manchester was listed on property website Rightmove in December for offers over £300,000.

Images show the terraced property throughout, as it contains three bedrooms, one bathroom and an astroturfed garden with concrete slabs.

The stylish modern build also features a sleek kitchen and a plush living room, but it is the unique playroom upstairs which has gotten house-browser’s tongues wagging. 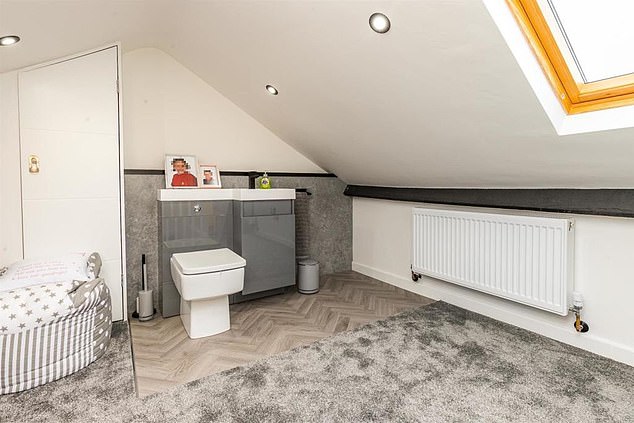 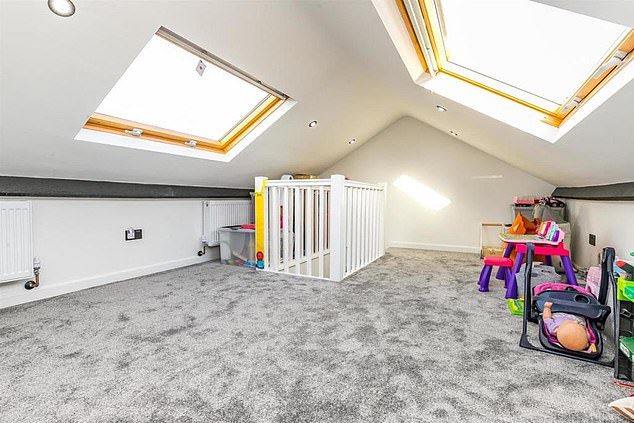 The Greater Manchester home was listed on Rightmove in December for offers over £300,000

The carpeted area in the room features a variety of colourful children’s toys including a doll’s house and an animated table underneath two skylights.

However, at the far end of the room is a small, floored area boasting a white porcelain toilet, a sink and a cupboard with a small bin.

The toilet is completely exposed to the rest of the room, and fully in view of anyone who has ascended the stairs up to the playroom.

The property was shared to social media yesterday with the simple caption: ‘This house featuring a playroom/toilet.’ 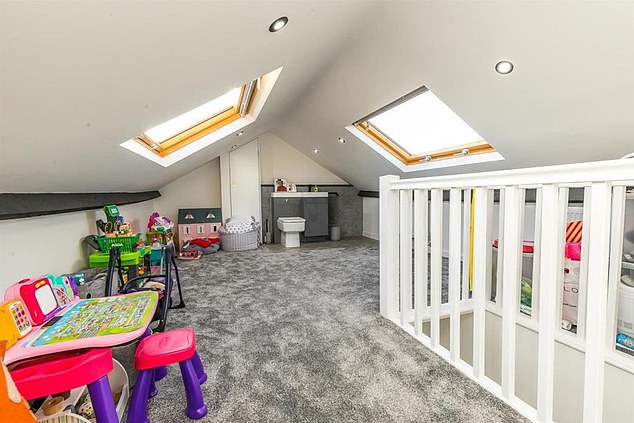 At the far end of the playroom is a small, floored area boasting a white porcelain toilet, a sink and a cupboard with a small bin

Social media users were left conflicted over the unique feature though, with some arguing its case for a useful toilet-training mechanism for tots.

However, others were left reeling over the ‘basic hygiene’ violations.

One user commented: ‘The only saving grace is that the immediate area is not carpeted.’ 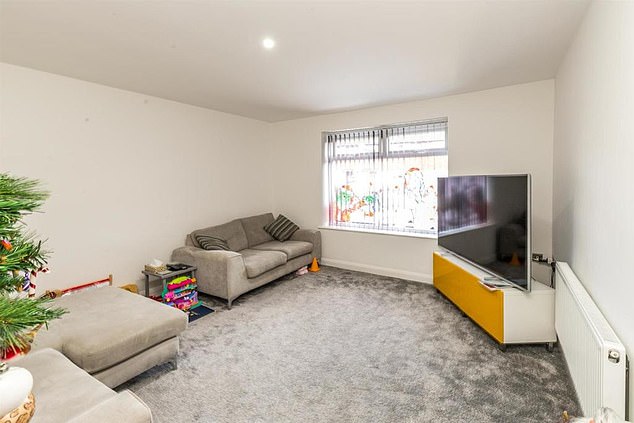 The downstairs living room has a large window, giving the space an open and bright feel 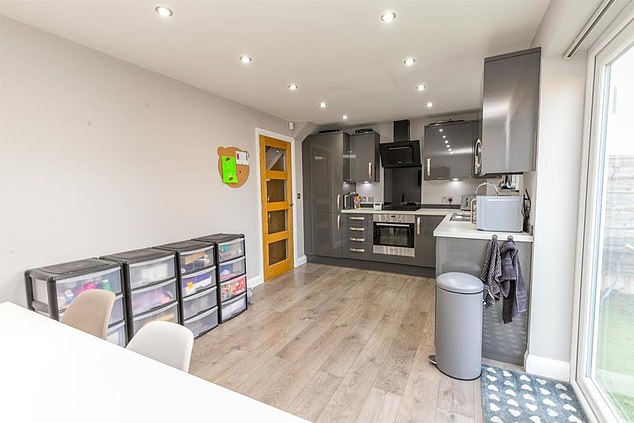 Another said: ‘People have lost sight of basic hygiene in this country.’

However, a third user replied: ‘Okay but as a toddler parent, this is pretty handy for potty training.’

Another added: ‘I mean, obviously it’s odd and I definitely don’t spend all day in one room but just having a toilet on each floor would be super handy. 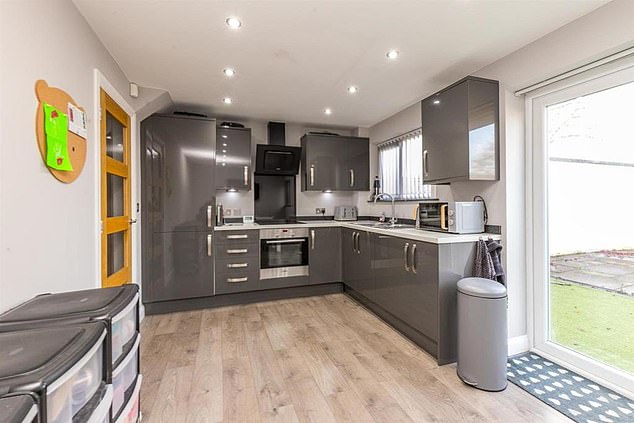 The average property in Sale costs £382,250 according to Rightmove, making this home a steal 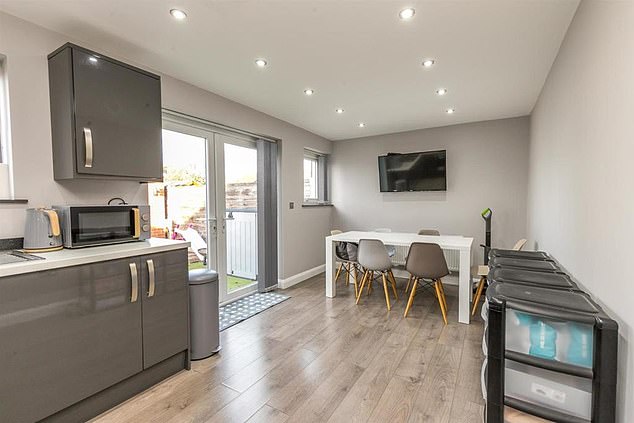 The kitchen/dinner doors open out to the garden, allowing plenty of natural light to come in

‘Toddler is deep in play, suddenly toilet now, handy to have it right there and not to have to go downstairs.’

A fifth user said: ‘To be fair, this would be really handy with a young child. I suppose someone could always create a room around the toilet with a stud wall.’

The property is being sold by estate agent Ashworth Holme who said: ‘This fantastic and recently updated family home must be viewed in order to be fully appreciated. 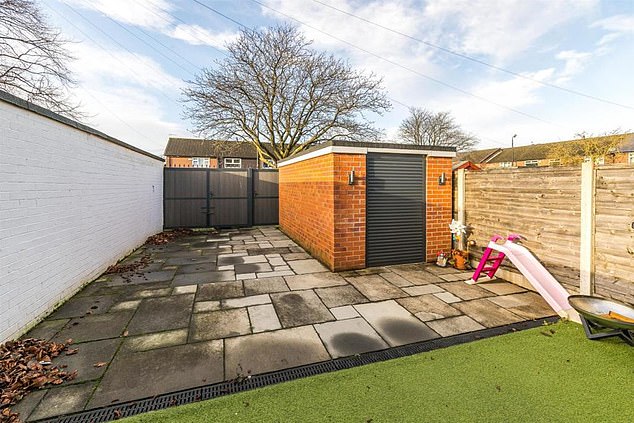 The average property in Sale costs £382,250 according to Rightmove.