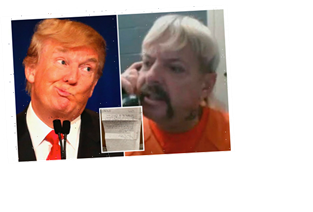 A LETTER allegedly penned by Tiger King Star Joe Exotic from prison with three CONDOMS attached is being sold on Ebay for $200.

In the handwritten message Exotic asks a fan to tweet Donald Trump and beg for him to be pardoned. 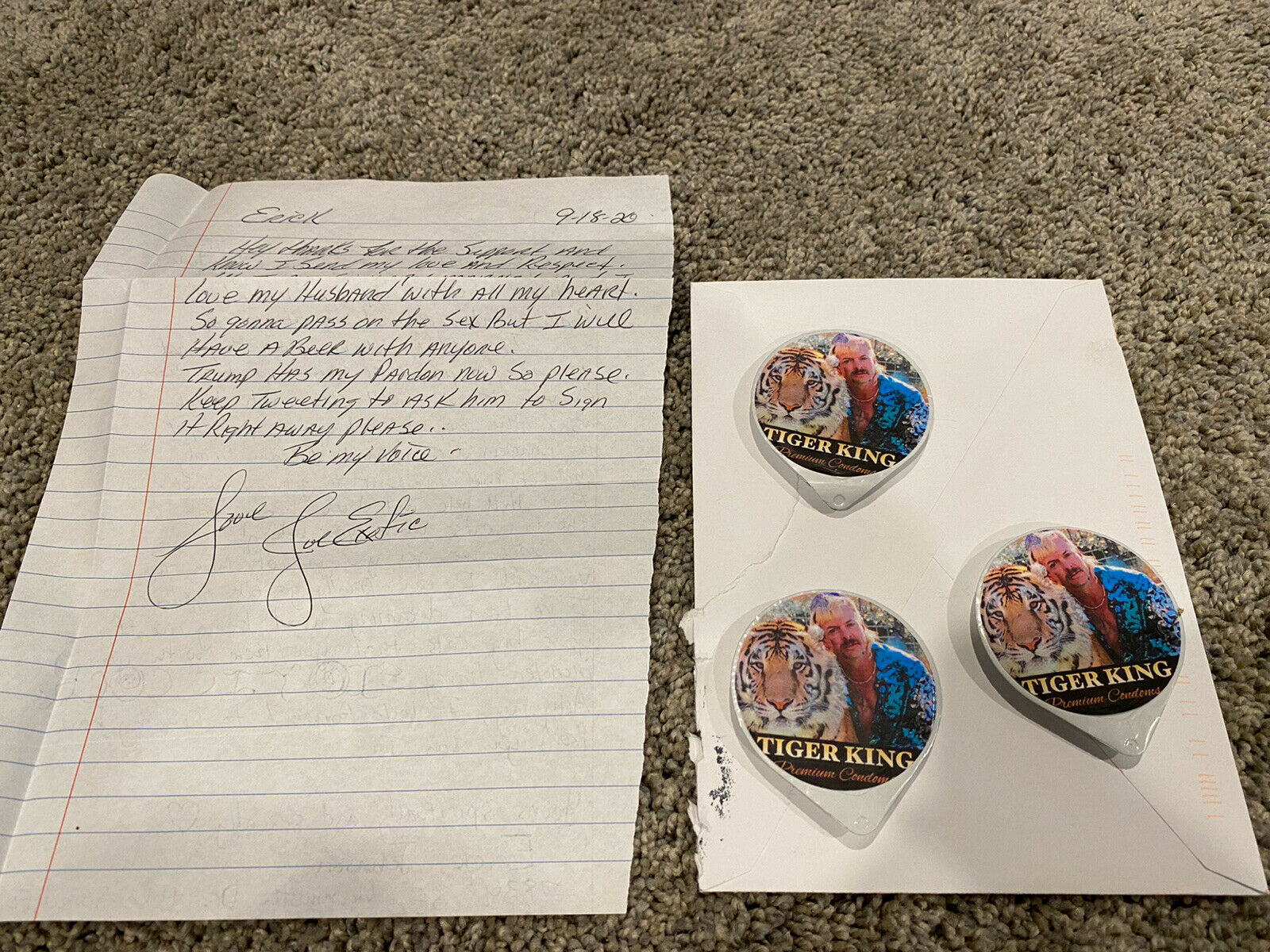 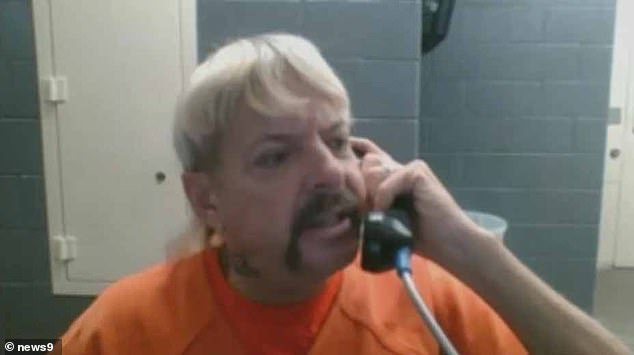 The unauthenticated letter bids the fan to ask the outgoing president to pardon him.

Recent news of Trump’s flurry of of last-minute pardons, which did not include clemency for Exotic, suggest any attempts made by the fan were in vain.

He would remain in FMC Prison in Texas, where he was serving a 22-year prison sentence for animal cruelty and plotting to kill his nemesis, Carole Baskin.

“The letter is two-sided and I covered all of the profanity with the red dashes just for the picture but not on the original letter,” the listing description read.

An image of the letter, addressed to ‘Erick’, showed a handwritten note on a piece of lined refill. One side appeared to be penned by Exotic, while the other side was the original letter sent to the Netflix star by his fan.

“Hey thanks for the support and know I send my love and respect,” the letter read.

“I am so very married and I love my husband with all my heart. So gonna pass on the sex but I will have a beer with anyone.

“Trump has my pardon now so please keep tweeting to ask him to sign it right away please.

The note was then signed off, “Love, Joe Exotic”.

The other side of the page read as a love letter, penned and sent to Exotic in prison by his fan. 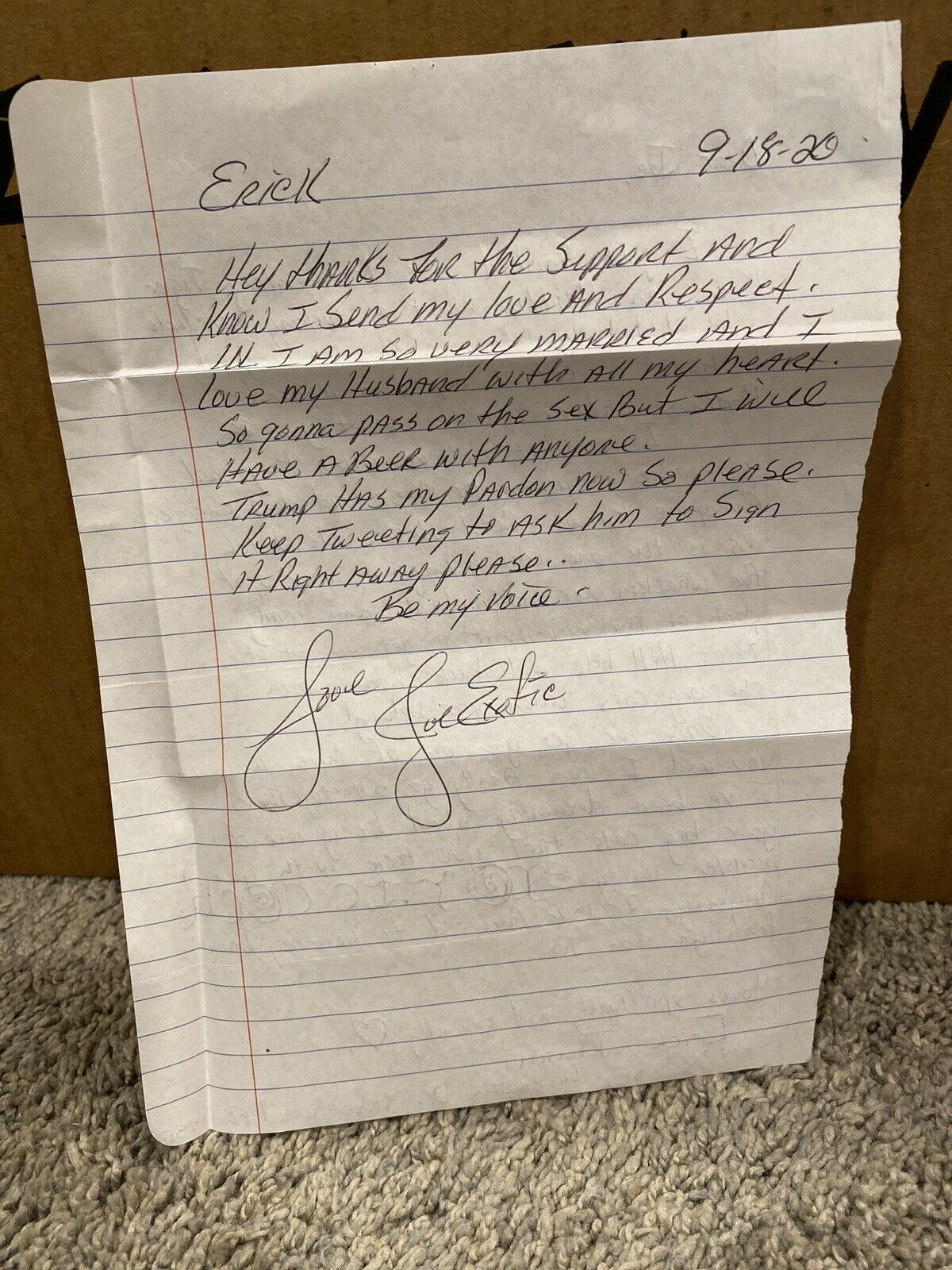 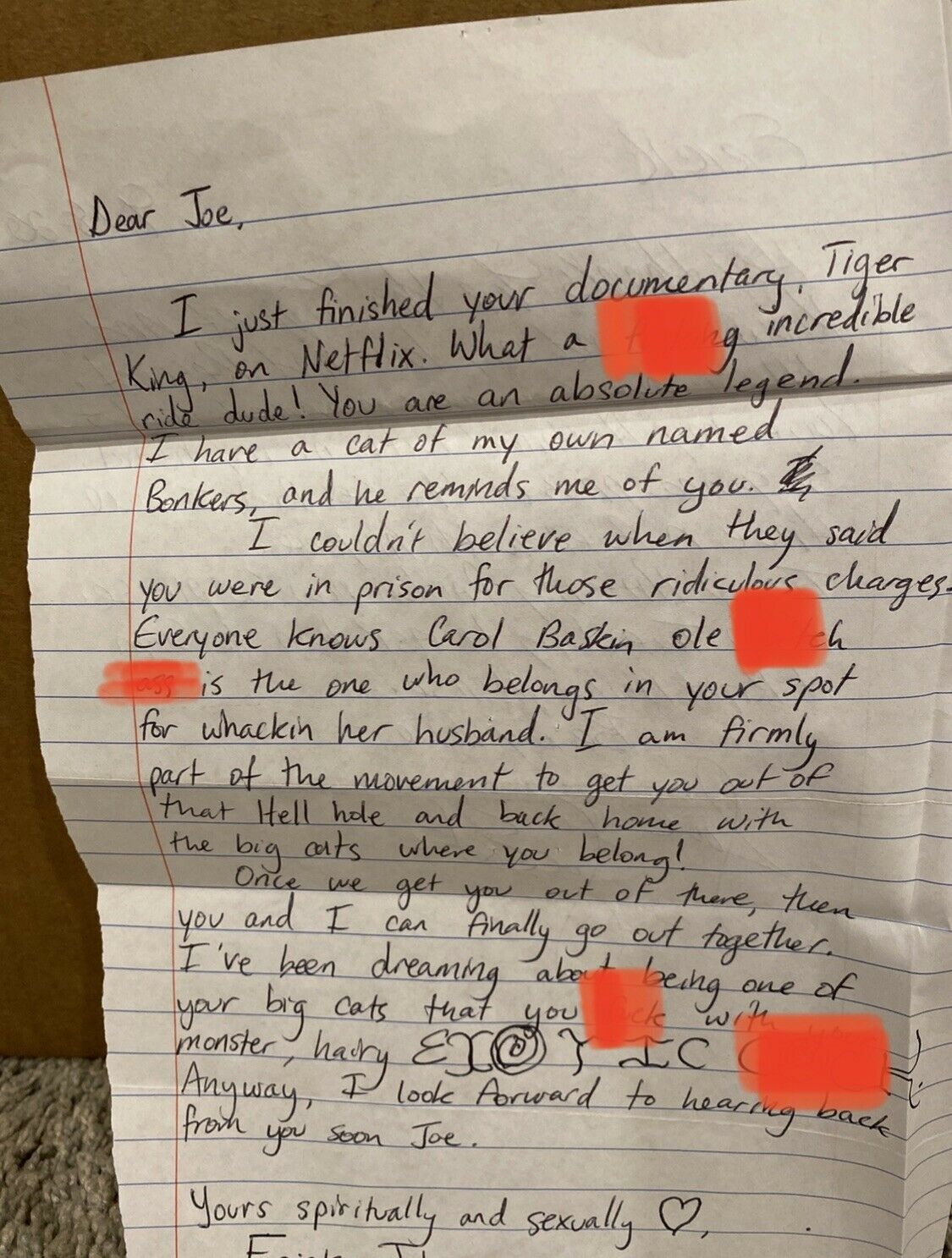 “I just finished your documentary, Tiger King, on Netflix.

‘Erick’ said he had his own big cat named ‘Bonkers’, who reminded him of Exotic.

The note, which had several “profanities” blanked out by the Ebay lister, went on to affirm the author’s confidence in Exotic’s innocence.

“I am firmly part of the movement to get you out of that Hell hole and back home with the big cats where you belong!”

The note appeared to outline a sexual fantasy the author had about Joe, made incomprehensible by words  before signing off.

“Yours spiritually and sexually”, it reads, before the picture is cut off.

The item location was listed as Cincinnati, Ohio, United States, and the listing was last updated on December 20 last year.

NO PARDON FOR JOE

The outgoing president granted clemency to Steve Bannon, Lil Wayne and 141 others in a late flurry of last-minute decisions just before 1am on Wednesday – hours before Biden's inauguration in Washington DC.

But in news that would disappoint Exotic’s legal squad Team Tiger, Exotic’s name was not on Trump’s list.

Eric Love, one of Exotic’s legal advisors, had earlier confirmed that they have already booked a huge Dodge truck limousine, from company Heaven On Wheels, to take the star off a secret hideaway for recuperation.

Love claimed to have parked the limousine about half a mile from FMC Prison in Texas, where Exotic was serving time.

It was not known whether such a vehicle was ever parked near the prison, or whether it remained there, had Love's claims been true.

Lead investigator Love had reportedly felt Exotic has has a "great shot" of being freed from his 22 year-sentence for animal cruelty and plotting to kill his nemesis, Carole Baskin.

Love said he'd had his cell phone on 24/7 and was "excited" to get the call confirming their hopes of Exotic's release.

The 57-year-old reality star has long pushed for a pardon – even asking Kim Kardashian for help.

Upon his eventual release, Exotic plans to become a campaigner for prison reform. 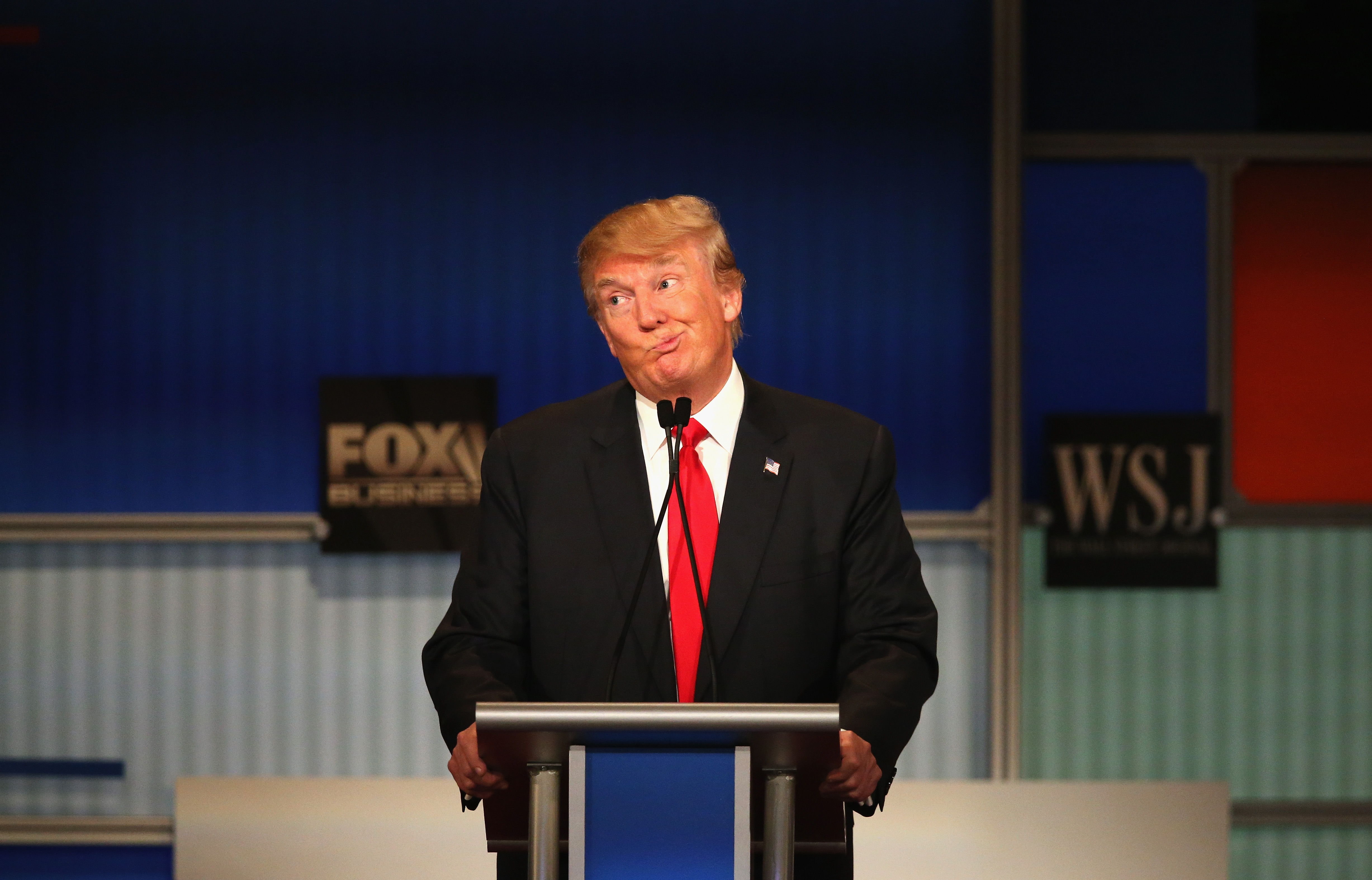 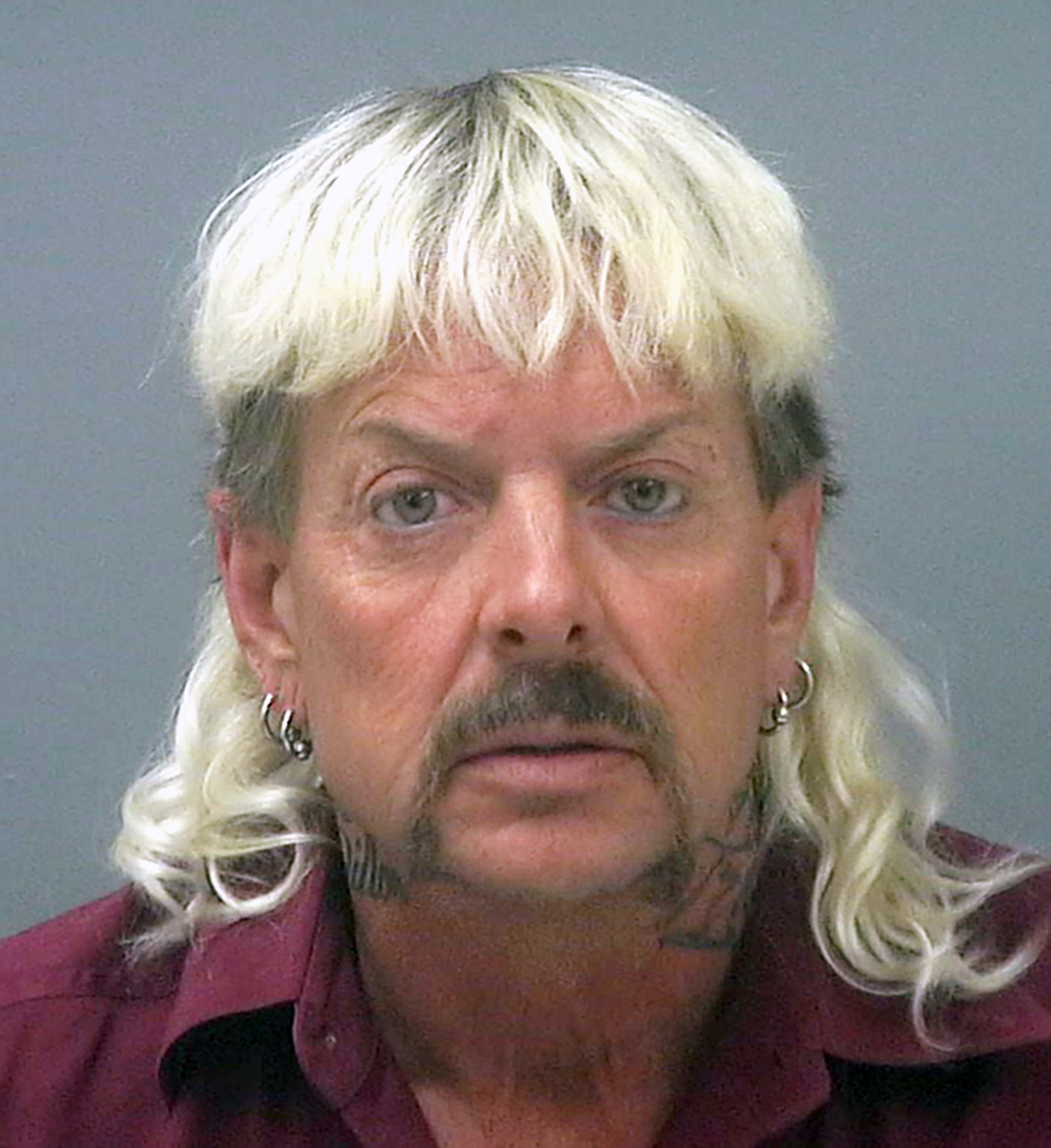