Don’t get a love bite off a tiger! Big cat mauls mate to death while attempting to breed with her at Merseyside safari park (and she’s NOT his first victim)

A female tiger has died in Merseyside after being fatally bitten by her mate during a supervised breeding session at a popular safari park – and she’s not his first victim.

Amur tiger Sinda, 14, was attempting to breed with male tiger Miron when she was bitten and died instantly.

Miron, six, who arrived at Knowsley Safari, Prescot in 2020, had previously had breeding sessions with Sinda, who had been with the park since 2010.

In 2018 when living at Copenhagen Zoo he fatally injured another female tiger, but was still eligible for the European breeding programme the park is participating in.

Zookeepers who were monitoring the session said there were no signs of aggression detected by their expert team, and previous mixing sessions over a two-year period had gone well.

The big cats were mixed on November 12, when the fatal incident occurred. Staff were unable to intervene due to the speed of events.

The park said he had shown no unusual signs of aggression towards its females and incidents such as this are common in the wild. 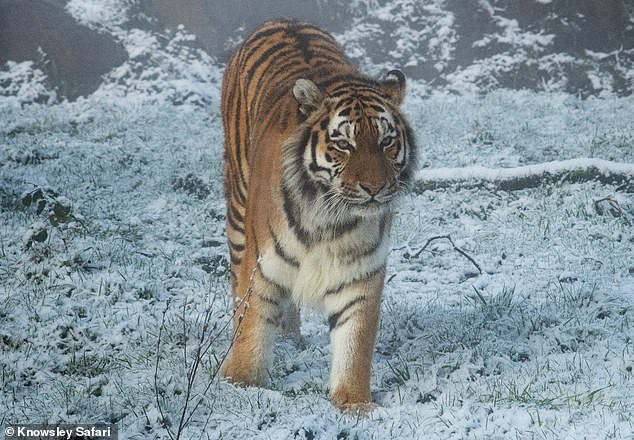 Sinda, 14, pictured at Knowsley Safari in 2019, died on November 12 after being bitten by a male the team had hoped she would mate with 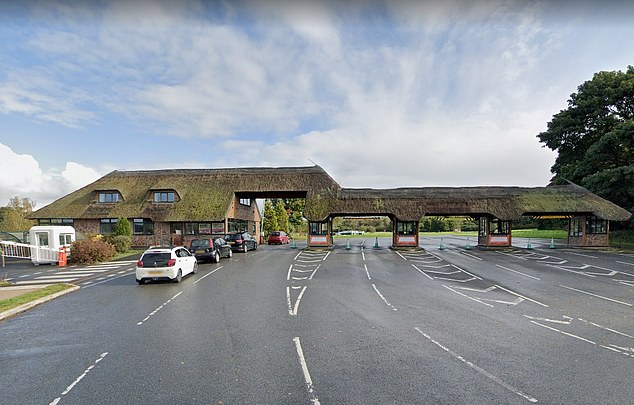 The incident at Knowsley Safari (pictured) was ‘carefully managed’ by the big cat team, the park said 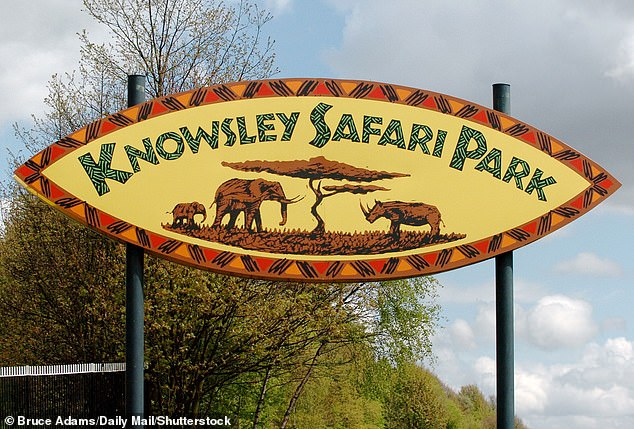 The safari park released a statement which read: ‘We are sad to announce the loss of Sinda, our 14-year-old female Amur Tiger.

‘Sinda sustained fatal injuries during a mixing with our male tiger, Miron, as part of a European breeding programme.

‘Miron arrived at Knowsley Safari in 2020, he’d been mixed with Sinda successfully on several previous occasions.

‘This introduction, like previous ones, was carefully managed by our expert animal team, taking into account each tiger’s behaviour and following the same rigorous procedures.

‘Before the mixing, normal positive character traits were seen with no signs of aggression.

‘Due to the speed of the incident, there was unfortunately nothing that could be done to intervene and Sinda died instantly from her injuries. 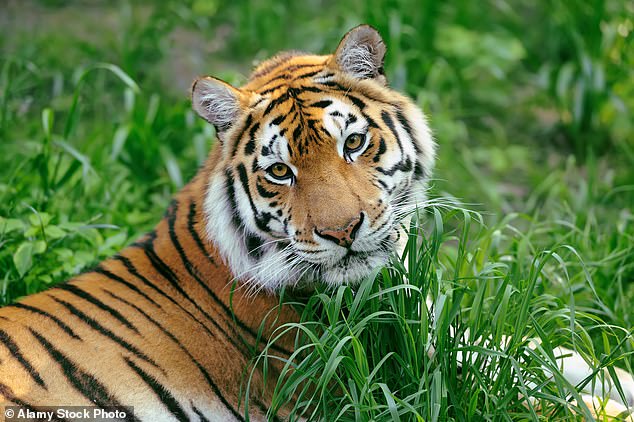 Amur, or Siberian tigers (stock image) are an endangered species and it is hoped breeding programmes will help increase their population size

‘Sinda was a very popular tiger with visitors and keepers alike and had been at Knowsley Safari since 2010 – she will be greatly missed.

‘Our focus is now on ensuring that both our team and Miron are cared for during this difficult time.’

They said such incidents were ‘not uncommon during mixing of big cats and the reason is often not known’.

They added that Miron’s continued welfare was the park’s ‘priority’ and it would work with the body which oversees the breeding scheme ‘to assure his care continues and his needs within the programme are met’.

They added that tragic incidents such as this are also seen in the wild during breeding.

Miron had previously been situated at Copenhagen Zoo, where he fatally injured a female tiger.

But Knowsley Safari stressed he had shown no ‘unusual’ signs of aggression towards any of the park’s females and that interactions between Sinda and Miron had been managed over a two-year period.

The park is consulting the European Breeding Programme for advice on next steps to meet Miron’s needs.

Amur or Siberian tigers are an endangered species and are native to the far east of Russia and north of China – but some also reportedly live in North Korea. There are just 500 left in the wild.

They tend to live 10 to 15 years in the wild, but up to 20 years in captivity. They tend to weigh 660 pounds and are one of the largest tiger species in the world.

Like most tigers, they usually live alone once they have reached around three years old, and are seriously threatened by poachers.