Transgender barber, 25, hanged himself while transitioning to become a man after suffering with a ‘low mood’ following surgery to remove breast tissue, inquest hears

A transgender barber took his own life while transitioning from being a woman to a man, an inquest heard.

Max Cresham, 25, had posted on social media about his surgery to remove breast tissue and talked of the ‘simplicity and excitement of the freedom from your own chest.’

But Max, from Northwich, Cheshire, had also been suffering low moods after complaining of being stuck at home following the procedure.

On July 20 last year he was found hanged in the back garden by his housemate following an argument with his partner. 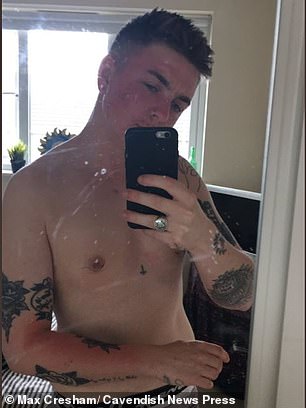 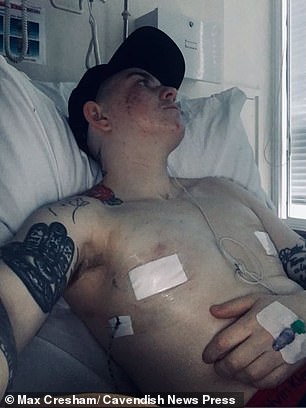 Max Cresham (pictured), 25, took his own life while he was transitioning from being a woman to becoming a man, an inquest heard

An inquest heard the tragedy was unexpected with a consultant doctor who treated Max at a private gender dysphoria clinic saying there was no documentation of depression or suicidal thoughts.

The Crewe hearing was told Max, described as being a ‘person full of wit, humour and joy’, was born a female but identified as a man in 2017 and began taking gender replacement hormones in May the following year.

Max’s mother Wendy Cresham said in a statement: ‘Max had previously been diagnosed with anxiety and depression that had been about a year before the gender dysphoria diagnosis had been given.

‘He started taking gender replacement hormones but then began to suffer from acne which was severe enough to lower his mood and he took various medications to treat it. He then had surgery in May 2019 to remove breast tissue.

‘Overall, he seemed a low mood since surgery – he wasn’t morose but he just seemed a bit fed up being stuck inside the house which is a normal reaction to the circumstances. It didn’t seem significant to me at the time. I knew he had suffered low mood in the past but I never saw it in a way that made me think Max needed help. I suppose you can’t know truly how Max was feeling.

‘He had gone back to work and was finding it a struggle but the last time I saw him I didn’t have any impression he would intended to take his own life and there was nothing in his behaviour or demeanour which suggested he felt so low he would end his life.

‘I had last seen him in person less than a week before his death when came around after work to the house, stayed there for about an hour to chat and eat a Bakewell tart. Everything was normal and nothing significant in the conversation. I wouldn’t want anyone to believe Max’s life had been sad or unfulfilling – he was a person full of wit, humour and joy.’ 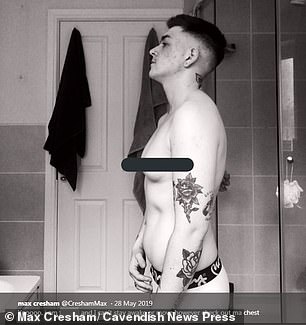 Max’s partner Keira Kilgallen said: ‘He had undergone surgery in May 2019 and they had arranged a trip out – everything was fine and we were laughing and joking. But whilst there, Max made a comment which upset me.

‘We had a discussion about the relationship and whether it was working but at home he apologised and said he felt fed up because he was stuck in the house and he had not been working at that time because of his surgery. Max then began to cry, and this was out of character for him.

‘On the night before his death, Max had been out in Winsford and I had been in Warrington. Max had ordered a new phone and had been posting photographs of himself online and he was smiling. But when I got home there was an argument between myself and Max about our financial position. I didn’t want to make a scene so I went upstairs to bed there wasn’t anything particularly out of the ordinary about that decision.

‘He told me he would be up in a minute but was having a cigarette first, that was the last time I saw him. He did seem drunk but I was not able to assess how drunk he was, I fell asleep quickly. The next thing I remember is waking up at 10 or 11 in the morning and he wasn’t in bed. I found out what had happened when I went downstairs.

‘It just wasn’t representative of Max’s character he was more generally happy, loving and fun to be with.’

A statement from an unnamed GP said: ‘He had been treated at a gender dysphoria clinic at Sheffield Thornbury Hospital. Max reported he had always felt he was a boy and he felt in a good place to go ahead with treatment. There were no significant or worrying consultations during the period and no issues regarding mental health during surgery.

‘After Max’s death there was correspondence with a consultant from the gender clinic who stated there was no documentation of low mood, depression or suicidal thoughts.’

Recording a conclusion of suicide, assistant coroner Peter Sigee: ‘He had the intention to end his life.’

For confidential support in the UK call the Samaritans on 116123, visit a local Samaritans branch or click here for details.