TROPICAL storm Peter formed over the Atlantic Ocean east of the Caribbean on Sunday, September 19, 2021.

Forecasters predict the 16th storm of the 2021 Atlantic hurricane season, located 630 miles northeast of the Leeward Islands is expected to weaken over the next few days. 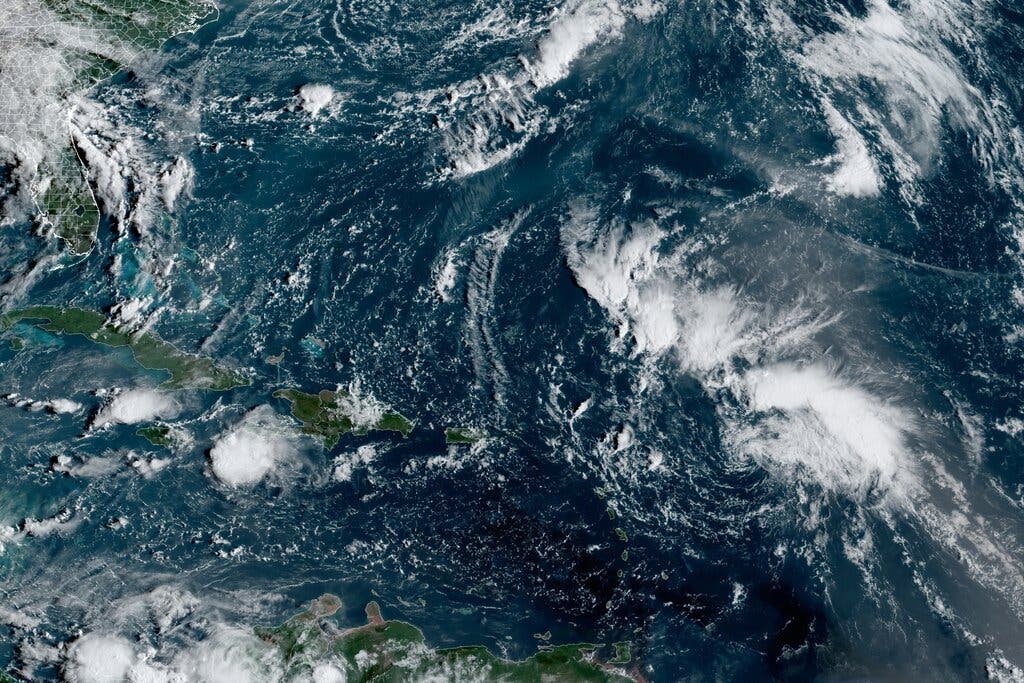 According to the U.S. National Hurricane Center, up to three inches of rainfall around the periphery of the storm could lead to "areas of urban and small stream flooding" in Puerto Rico, the Virgin Islands and northern Leeward Islands through Tuesday.

The storm's winds have been recorded to be near 50 mph, with higher gusts.

The storm is expected to pass north of the Leeward Islands early this week and gradually weaken over the next few days.

There are no coastal watches or warnings in effect

What has the NOAA said about Tropical Storm Peter?

The National Oceanic and Atmospheric Administration (NOAA) said in an update: "Peter is moving toward the west-northwest near 14 mph.

"This general motion is expected to continue during the next couple of days, followed by a turn to the northwest with a decrease in forward speed on Wednesday.

"Tropical-storm-force winds extend outward up to 125 miles , primarily to the northeast of the center.

"The estimated minimum central pressure is 1006 mb (29.71 inches). Slow weakening is forecast to take place during the next several days.

"Swells generated by Peter are expected to affect the northern Leeward Islands early this week, and then reach the Bahamas by midweek.

"These swells could cause life-threatening surf and rip current conditions. Please consult products from your local weather office."

What is Tropical Storm Rose?

The storm Rose was was around 315 miles west-southwest of the southernmost Cabo Verde Island and its winds are near 40 mph.

Forecasters said Rose is expected to strengthen today and start to weaken by Tuesday.