Istanbul: Turkey's national election board said on Monday that it was invalidating the results of local elections in Istanbul that had dealt President Recep Tayyip Erdogan's political party a stinging defeat, according to Turkey's state-run news agency. 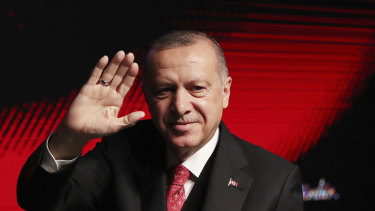 The decision came after Erdogan's Justice and Development Party or AKP appealed for the cancellation of the March 31 vote because of what it said were irregularities. The election board did not immediately reveal the reasoning behind its decision. A vote will be held next month, the state news agency said.

The AKP's extraordinary appeal to redo the Istanbul election immediately drew criticism that Erdogan and his party were willing to undermine confidence in Turkey's democracy to serve a narrow goal: retaining control of Turkey's largest city, along with the financial and patronage networks that has benefited the party over decades.

On Saturday, two days before the election board issued its decision, Erdogan, speaking to a group of industrialists and business executives, made clear how he thought the board should rule. 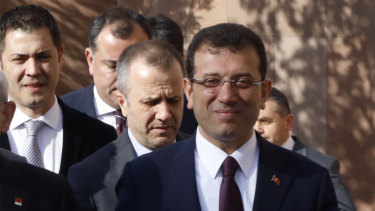 "I haven't spoken until today, I have remained quiet. But enough is enough," he said, in televised remarks. "My citizens tell me that this election must be renewed."

It was not clear that the revote – if free and fairly held – would alter the result. Erdogan's challengers benefited from voter dissatisfaction with Turkey's faltering economy, as well as a rare show of unity by the country's normally fractured political opposition.

In a video posted on his Twitter account, Imamoglu said he would release a statement later Monday and was waiting for the full ruling from the election board. "Everything will be okay," he said, seated with a family breaking their fast on the first night of Ramadan. "Don't lose your hope."