Identical twin sisters who were famous around the world for wearing the same clothes, walking in step and eating and speaking at the SAME TIME are buried next to each other after dying 13 years apart

Identical twins who wore the same clothes, walked in step and spoke at the same time as each other are now buried next to each other.

Freda and Greta Chaplin shot to notoriety in the 1980s when they were at the centre of a bizarre high profile court case which saw each of them jailed for a month.

They went on to become renowned for their unique lifestyles and characters, which often saw them blurt out the same sentences at exactly the same time.

The pair are buried beside one and other at a cemetery in their hometown of York.

Until shortly before Freda’s death in May she would visit her sister’s grave every single day, those close to the family say.

The siblings are best known for the court case in the early 80s, which was covered by reporters from Brazil, Sweden and the US as well as all across Britain.

York lorry driver Ken Iveson claimed they hounded him for years. It was said they had developed a obsession with him, possibly because a joint crush had been spurned. 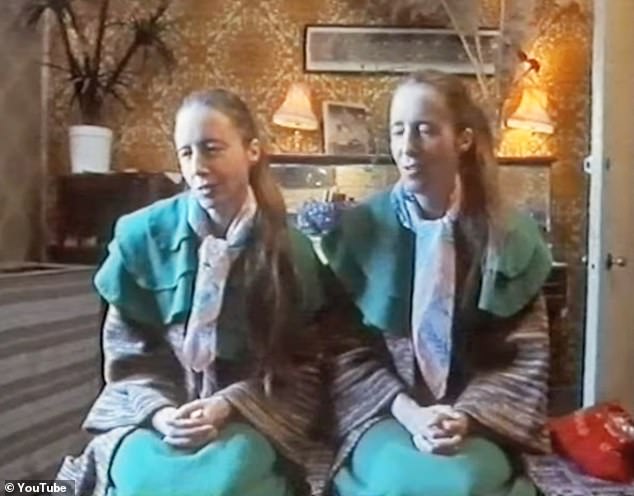 Freda Chaplin died aged 77 in May, 13 years after her twin Greta died of ovarian cancer and carcinomatosis aged 64. She has been buried with her sister in Fulford Cemetery, York 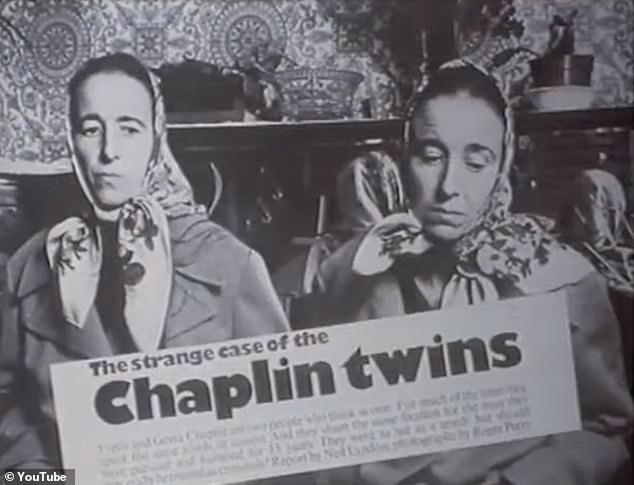 The Chaplin sisters were famous for being inseparable and living their whole lives in complete unison, wearing the same clothes, walking in step and talking at the same time. They became a global sensation in the 1980s when they were jailed for a month for breaching the peace

Those in attendance were stunned when, during the case, Freda and Greta uttered the same words at the same time, seemingly without rehearsal or prompting.

One report at the time of the court case said their deputy headmaster placed the blame for their extreme closeness on their mother.

‘It was quite clear that they had a doting mother who never allowed them a separate identity,’ he said.

A magistrate jailed each of them, then aged 38, for a month for breaching the peace.

After serving their sentences the twins were the subject of much media interest and took part in two documentaries about their lives — A Pair of One by Julia Darling (1987), and The Twins by Journeyman Pictures (1994).

In their later years they lived quiet and relatively reclusive lives together in a semi-detached house in York.

When Greta died friends and neighbours feared how Freda would cope.

A family friend, who wants to remain anonymous, said: ‘I thought within a week she would have died.

‘They did absolutely everything together: putting their headscarves on looking at one another and not at a mirror. They even hoovered together.

‘But she did manage. She had a cat and a dog and worshipped them. She lived on nothing. She ate bread and cheese or toast and cheese – not butter or anything.’

The friend also revealed Freda left her family home to a local cat shelter, which is now looking after pet cat, Molly. 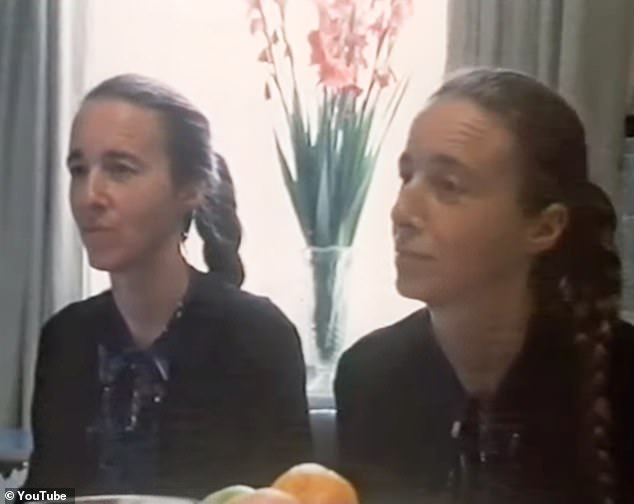 Media interest continued after their conviction, and two documentaries were made of their lives — A Pair of One by Julia Darling (1987), and The Twins by Journeyman Pictures (1994) 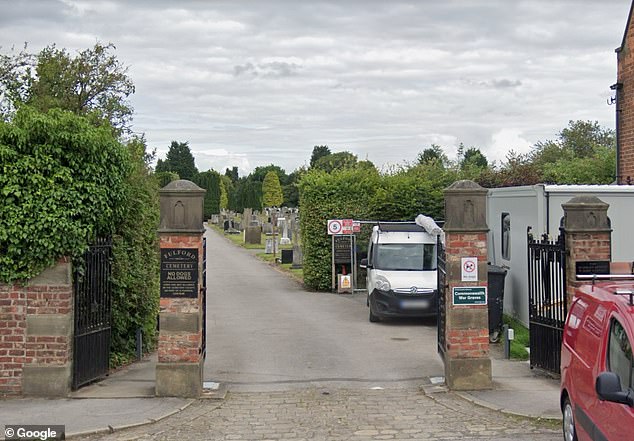 Freda has been buried with her sister at a family plot in Fulford Cemetery, York. Proceeds from the sale of the twins’ semi-detached childhood home in Tang Hall will be left to charity

She said: ‘She (Freda) loved cats. She had one or two – she had Molly when she died.’

The friend added Freda had been suffering from cancer and had been living at the family house up until she was taken into hospital in April.

She said: ‘She phoned me up one day and said: ‘I am poorly’.

I said: ‘Get yourself to bed, get a hot drink, and keep warm – and start eating more food than what you are’.

‘The following morning, they were pushing her out to an ambulance. That was the last I saw of her.’

She added: ‘She wasn’t really well. She had cancer a while back. She used to say to me: ‘well I wouldn’t let my twin have treatment so I am not having any’.’

Belinda Poulter, Freda’s solicitor for many years, said ‘She was quiet but had some strong views about animal welfare and felt very strongly about that.’

She said around 10 people attended Freda’s funeral and that she was buried ‘on top’ of her sister in a double plot which is awaiting their headstone.

Freda and Greta were the daughters of James and Elsie Chaplin.

It was said that Freda and Greta had been ordinary children but as teenagers they became ultra-dependent on one another. They would scream when teachers made them sit apart in school, and would resist efforts to distinguish or divide them.