A woman has been arrested after allegedly stabbing two people in Melbourne’s CBD on Thursday afternoon. 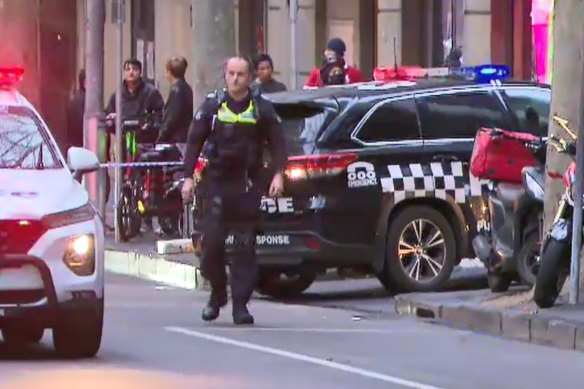 A woman has been arrested after allegedly stabbing two people in Melbourne’s CBD on Thursday afternoon.Credit:Nine News

Police arrested the alleged offender near the scene.

Both victims have been taken to hospital with what are believed to be non-life-threatening injuries.

A crime scene has been established.

Anyone with information is urged to contact Crime Stoppers on 1800 333 000 or make a report online at www.crimestoppersvic.com.au.