Moment two rockets are fired in Baghdad’s Green Zone toward US Embassy before one is shot down and the other falls short, two weeks after warnings of possible attack by Iranian-backed militia

Two rockets were fired toward the US Embassy in Baghdad’s Green Zone, two weeks after warnings of a possible attack by Iranian-back militia circulated.

One rocket was destroyed in the air by the C-RAM defense system by American forces.

The other landed near the Grand Festivities Square area near the Green Zone, damaging two cars and landing 1,640 feet away from the Embassy, the report added.

Both rockets landed near the Union III base, where a U.S.-led coalition with Iraqi forces that oppose ISIS is located.

No casualties were reported. 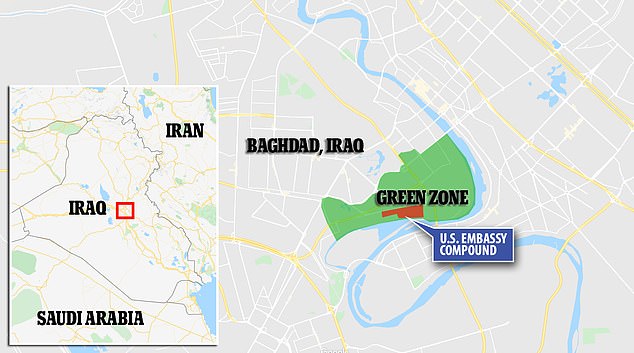 Two rockets were launched at the Green Zone in Iraq (pictured), where the US Embassy and other foreign embassies and government buildings are located 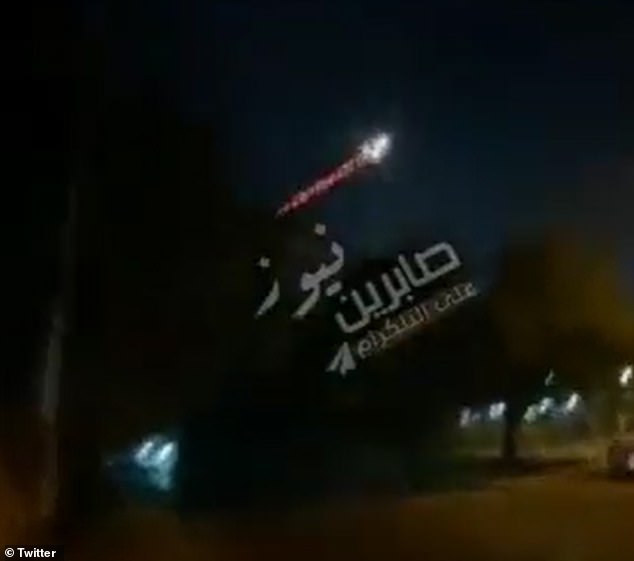 One of the rockets were intercepted by American forces using a counter rocket and mortar anti-missile (C-RAM) defense system defense system. It fell 1,640 feet away from the US Embassy 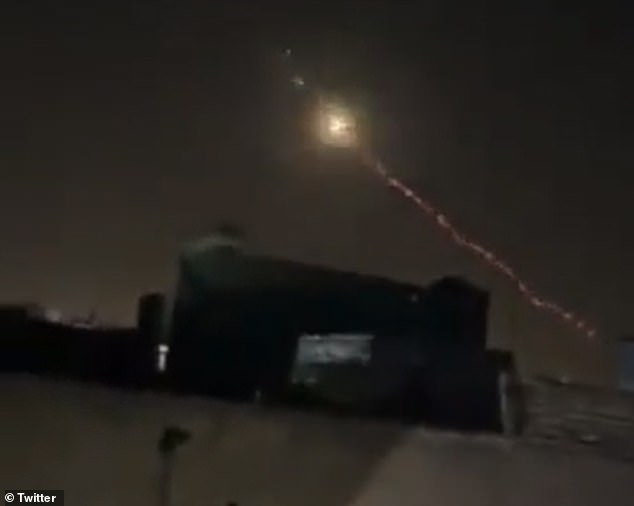 The other landed near the Grand Festivities Square area near the Green Zone, damaging two cars

Security forces have started an investigation to detect the launch site.

A U.S. military official told Reuters that the counter rocket and mortar anti-missile, or C-RAM, system brought down one of the rounds and none of them landed on the U.S. Embassy.

The official said there were no American casualties.

The Green Zone hosts foreign embassies, including the U.S. embassy, and government buildings.

It is regularly the target of rockets fired by groups that U.S. and Iraqi officials say are backed by Iran.

US officials have said Iranian-backed militia could increase attacks on US troops in Iraq and Syria in coming weeks, in part to mark the anniversary of the killing of top Iranian general Qassem Soleimani and Iraqi militia commander Abu Mahdi al-Muhandis.

The Iran-backed militias set a New Year’s deadline for the U.S. to pull its forces for face possible attacks, the Jerusalem Post reported.

The U.S.-led coalition conducted Operation Inherent Resolve, which transitioned U.S. forces to a non-combative pole, was announced on December 9, according to the outlet.

However, the U.S. did say it would keep the 2,500 troops in Iraq to assist Iraqi government forces.