Food delivery giant Uber Eats will help its riders stay injury-free on Australian streets by making them the first in its global workforce to access a new set of technology and safety gear, following rider deaths that dragged attention toward regulation of the industry.

A week after Facebook agreed to pay news publishers in Australia under threat of regulation, Uber became the latest tech titan to adjust its practices in the face of pressure from Australian courts, unions and parliaments over the consequences of its business model. 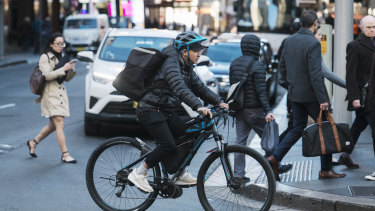 From Tuesday, it will roll out a new object recognition feature in its app to detect whether its riders are wearing a helmet, require them to complete a checklist of their bike’s roadworthiness, and later this month, start distributing lights, reflective vests, bells and phone holders (though not helmets).

But the more resources a company provides to its workers, the more likely they are to be classified as employees who have a right to the minimum wage, workers’ compensation and unfair dismissal protections, than independent contractors.

Using contractors is key to Uber’s business model because it lowers costs and allows its workers more flexibility in their days, accepting orders from multiple platforms and to log on and off at will.

Uber Eats Australian general manager Matthew Denman said the legalities did not factor into its decision to deploy the new safety features, which follows the death of two Uber Eats riders in three days amid a spate of five deaths across the industry last year.

“What we said was: ‘how do we operationalise this and let’s get on and do it because it is the right thing to do so’,” Mr Denman said.

The Transport Workers Union, which has been campaigning against what it sees as non-existent job security, low pay and frequent injuries in the gig economy, welcomed the changes but said they addressed a symptom of the sector. 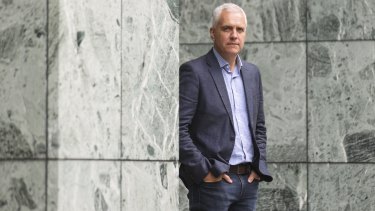 Time pressure caused by low pay and apps that let users rate riders down for slow deliveries was the real cause of safety problems, Mr Kaine said.

Mr Denman countered that Uber’s riders enjoyed their flexibility and were well paid, pointing to a study released last year from a Victorian government inquiry that found the average hourly rate for delivery riders on apps was about $22.

“Without getting into specifics, it reflects what we see,” he said. The company was open to discussions about paying a minimum wage while riders were on trips, Mr Denman said, though he did not countenance an overall hourly wage that would include waiting time.

Of the new measures, the helmet detection software and checklist are being rolled out here before anywhere else. Other companies, including Deliveroo, already provide their riders with some safety items such as jackets. Riders will also receive more safety training.

The measures come as Uber faces widespread pressure. It settled a court case from the union late last year after Federal Court judges picked apart its argument that its Uber Eats workers were not employees and subsequently changed its contracts. The United Kingdom’s top court found a group of its workers were not self-employed this month and at a state level, the Victorian government has indicated it will regulate the sector while the NSW government is reviewing safety guidelines.

Federally, Labor and the union want an independent tribunal to give riders employee-like rights such as a minimum wage.