Ukrainian girl, 15, drives wounded civilians to safety after being shot in legs 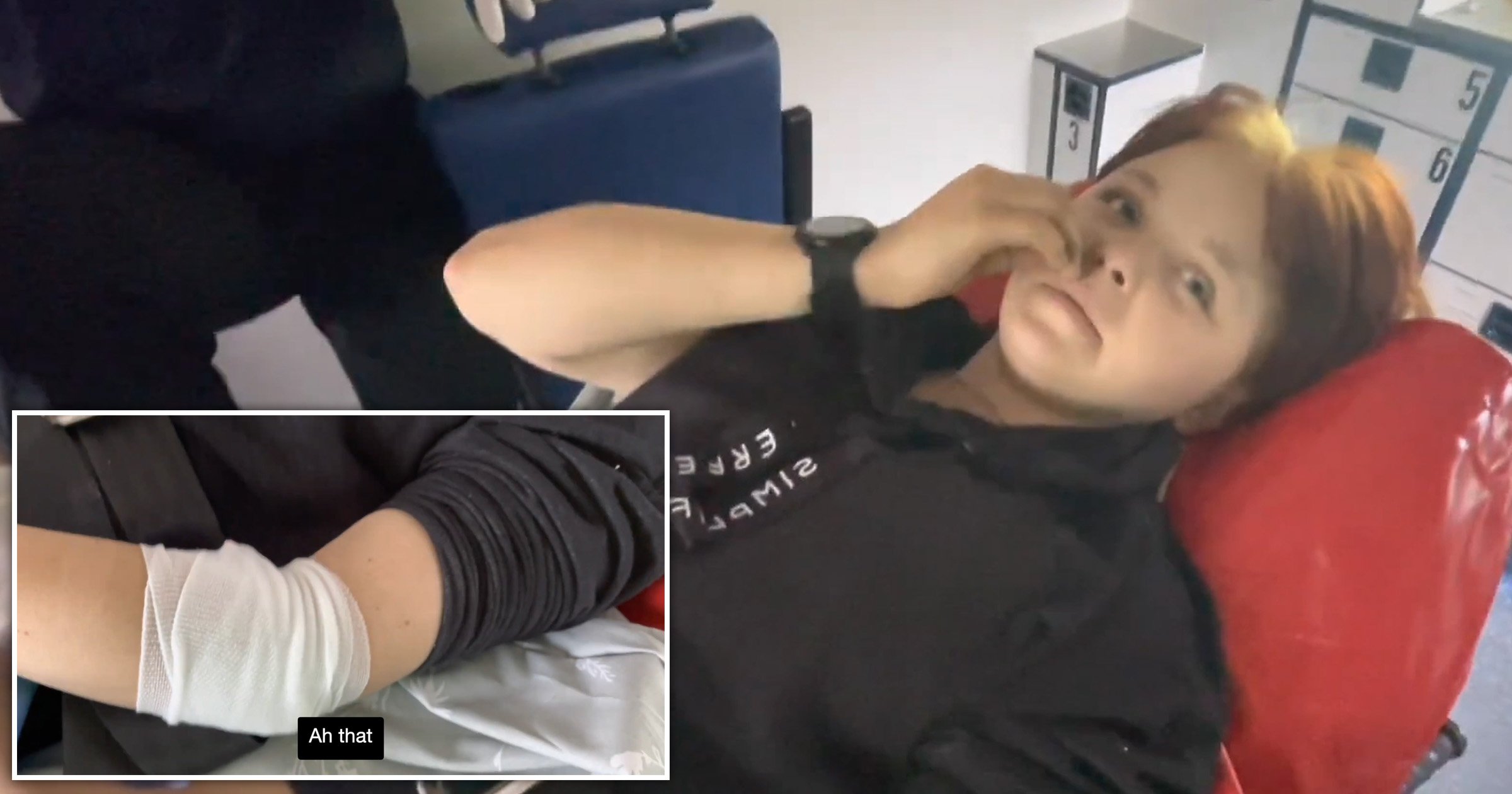 A young Ukrainian girl has been hailed ‘a hero’ online after she drove wounded civilians to safety, despite being shot in the legs by Russian forces in the Donetsk region.

Too young to know how to drive in Ukraine, the 15-year-old was forced to get behind the wheel of a car after an exploding shell seriously injured the driver.

She was fleeing fierce fighting in the town of Popasna alongside three men and a woman when their vehicle came under enemy fire for the second time.

In a video shared on messaging app Telegram, the teenager, who has not been named, tells of her perilous 20-mile journey through a minefield to reach a hospital, the Daily Mail reports.

‘I was in the car and the Russians fired at us,’ she said from an ambulance after paramedics bandaged her arm and bleeding leg.

‘One man was wounded, two hurt by debris – one very badly – so I had to get behind the steering wheel and drive to Bakhmut.

‘All survived. But two of us were pierced with bullets, me and uncle Zhenya. We needed help not to lose a lot of blood.’

When asked if she knew how to drive a car, the teenager said her mum had been teaching her since she was just seven.

This is how she managed to maneuver the mines positioned in a chequered pattern by a bridge.

‘It was impossible to drive past them but somehow I did,’ she added. ‘There was a corpse of a woman [on the road], I drove past her too.

‘Then, I turned right and we were shot at. I was wounded in my legs, I couldn’t do much.

‘The car stalled, I barely started it. We drove further, it stalled again because the battery was pierced by a bullet.’

Her ‘selflessness and courage’ have been praised on social media after the clip was posted on Twitter by Ukraine’s Ministry of Foreign Affairs.

Popasna in eastern Ukraine has become the main focus of Russia’s attempt to gain territory.

It is believed around 2,000 civilians are trapped by fighting on the front line.

Ramzan Kadyrov, the head of Russia’s republic of Chechnya, said today his forces have taken control of large parts of the town.

‘The main streets and central districts of the town have been completely cleared,’ he said.

There was no immediate response from Ukraine, but last night Oleksiy Arestovych, an adviser to president Volodymyr Zelensky, confirmed heavy fighting for Popasna continues.