With her due date fast approaching, heavily pregnant Anastasia Dulkai had hoped she would be safely in England by now.

But the mother-to-be is one of thousands of desperate Ukrainians left in the lurch by delays to the UK’s refugee visa scheme.

At 33 weeks pregnant, she faces the prospect of giving birth in a war zone if her application is not completed by the Home Office soon.

Women are advised not to fly after 35 weeks, leaving the first-time mother a small window in which to escape.

The 32-year-old and her mother-in-law had hoped to travel to the UK after fleeing Kyiv when their neighbourhood was hit by missiles.

But she is ‘extremely nervous’, having not heard anything since Joanne and Andrew Bingham, both 58, applied to sponsor them almost two weeks ago. 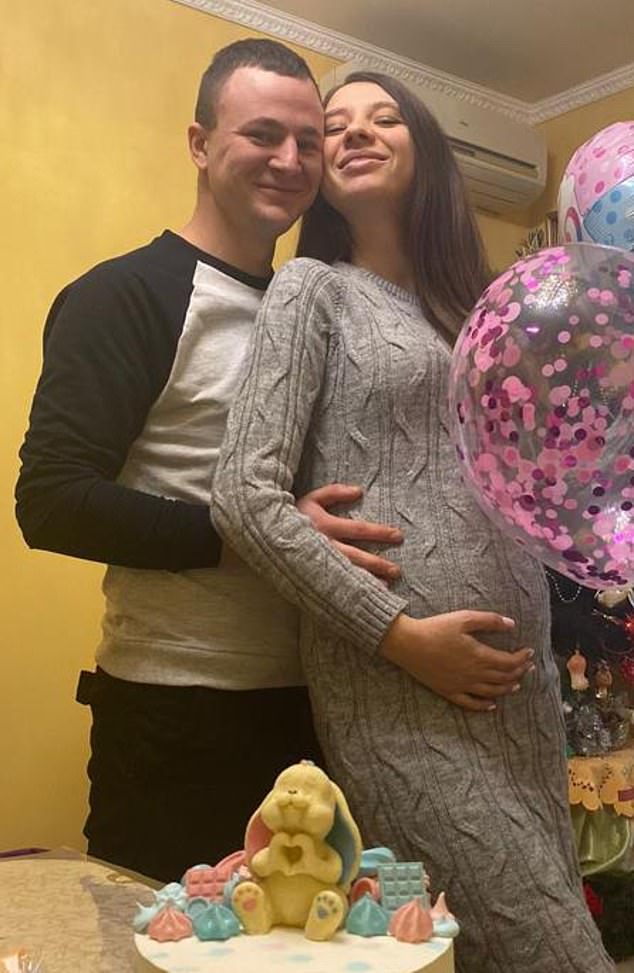 Anastasia Dulkai, 32, pictured with her husband Anton Chmyr, is now 33 weeks pregnant and stranded in Ukraine while awaiting her UK refugee visa

Mrs Bingham, who lives near Leatherhead, Surrey, said: ‘The clock is ticking – with each passing day I know they’re getting more stressed.

‘The stress could very well cause the baby to come prematurely, and they’ll have to have it at home with no medical help or support. It’s just such a horrible situation.’

The Binghams first met the family when they employed Mrs Dulkai’s mother-in-law Alla Chmyr, 58, as their nanny while living in Ukraine.

Mrs Bingham said: ‘My husband Andrew and I lived in Ukraine for four years just around the turn of the millennium when Andrew had a job running a sunflower-processing plant in Donetsk.

‘Our son Myles had just been born, so we hired Alla, a local nanny, who became like a member of our family.’

The families have stayed in touch ever since.

After the Russian invasion, Mrs Chmyr’s husband Misha joined the Ukrainian army, leaving her with their family – including their son Anton and his wife Mrs Dulkai – in the capital.

But they were forced to leave after close shelling and fled to Khust in western Ukraine. 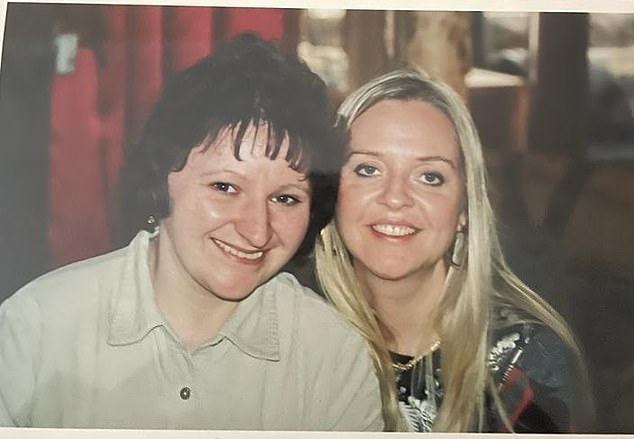 Mrs Bingham said it was only when they told her they had to leave their homes that she found out Mrs Dulkai was pregnant.

‘This was about the same time that we saw reports about the Russians bombing maternity wards, so they were rightly massively anxious about Anastasia and her baby,’ she said.

Mrs Bingham submitted the visa application form by March 31 after much stress and confusion.

‘I was utterly staggered at how slow and laborious [the process] was,’ she said.

‘All the forms were in English, and Anna and her family speak minimal English, so going back and forth to fill in the endless pages took days.

‘The supposed helpline was utterly useless…There was nowhere in the forms to add any extenuating circumstance, so we could not explain that this woman is 33 weeks pregnant.’

Mrs Bingham has been told by the local council she will need an £80 gas certificate to pass the home inspection but has had no updates on her application.

‘It’s an absolute disgrace and we need to act quickly to save all these poor people,’ she added.

Home Secretary Priti Patel has been forced to apologise over delays to the visa scheme.

Figures last week showed that just 1,200 – less than 3 per cent of refugees who have applied under the scheme – have arrived in the UK.

A government spokesman said: ‘We continue to process visas for the Homes for Ukraine scheme as quickly as possible, but accept progress has not been quick enough.’

Here’s how YOU can help: Donate here to the Mail Force Ukraine Appeal

Readers of Mail Newspapers and MailOnline have always shown immense generosity at times of crisis.

Calling upon that human spirit, we are supporting a huge push to raise money for refugees from Ukraine.

For, surely, no one can fail to be moved by the heartbreaking images and stories of families – mostly women, children, the infirm and elderly – fleeing from the bombs and guns.

As this tally of misery increases over the coming days and months, these innocent victims of this conflict will require accommodation, schools and medical support.

Donations to the Mail Force Ukraine Appeal will be used to help charities and aid organisations providing such essential services.

In the name of charity and compassion, we urge all our readers to give swiftly and generously.

TO MAKE A DONATION ONLINE

To add Gift Aid to a donation – even one already made – complete an online form found here: mymail.co.uk/ukraine

Via bank transfer, please use these details:

TO MAKE A DONATION VIA CHEQUE

TO MAKE A DONATION IN THE US

You can donate via CAF America at: https://donations.cafamerica.org/mail-force/