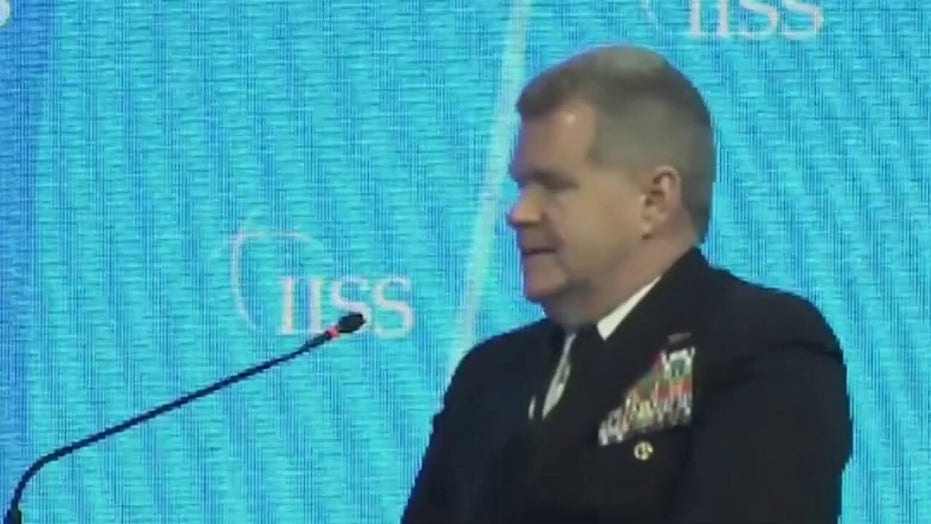 The submarine – which is armed with up to 154 Tomahawk cruise missiles and a dry deck shelter for Navy SEALs – was escorted by cruisers Port Royal and Philippine Sea.

It’s the first time in eight years the U.S. Navy’s 5th Fleet has publicly announced that one of its guided-missile submarines has transited the Strait of Hormuz and entered the Persian Gulf – and the maneuver follows recent flights of nuclear-capable Air Force bombers to the region. 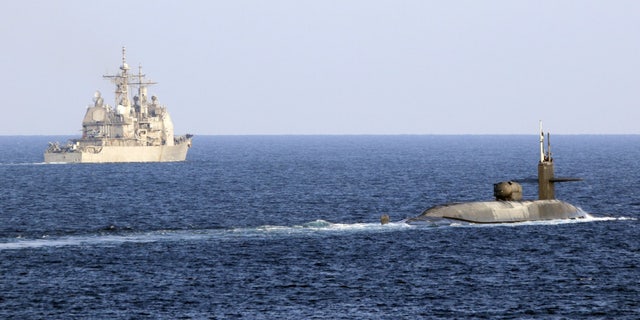 ROCKETS LAUNCHED AT US EMBASSY IN BAGHDAD

The show of force by the U.S. military also comes one day after the U.S. Embassy in Baghdad was attacked by a barrage of rockets that caused "minor damage" to the sprawling diplomatic compound, but no was left injured.

It was the first rocket attack on the embassy since late last month and comes as the one-year anniversary of the U.S. killing of Iran’s most powerful general, Qasem Soleimani, looms. The rocket attacks are blamed on Iranian-backed proxy fighters inside Iraq.

Soleimani was killed minutes after arriving in Baghdad by an American drone orbiting over the airport on Jan. 3. Iran responded by launching ballistic missiles against U.S. forces inside Iraq days later.

On New Year’s Eve last year, an angry mob attacked the U.S. Embassy in Baghdad, causing damage to the exterior, but no Americans were harmed. U.S. Marine Corps reinforcements arrived hours after the attack began to bolster security.

A Navy official tells Fox News the latest submarine and warship movements into the Persian Gulf were "long planned" as the anniversary of the killing of Soleimani approaches and not in response to yesterday’s embassy attack.

The aircraft carrier Nimitz remains on station outside the Persian Gulf in the Arabian Sea nearby.