A US Navy training plane crashed into a house in Alabama, killing two on board. 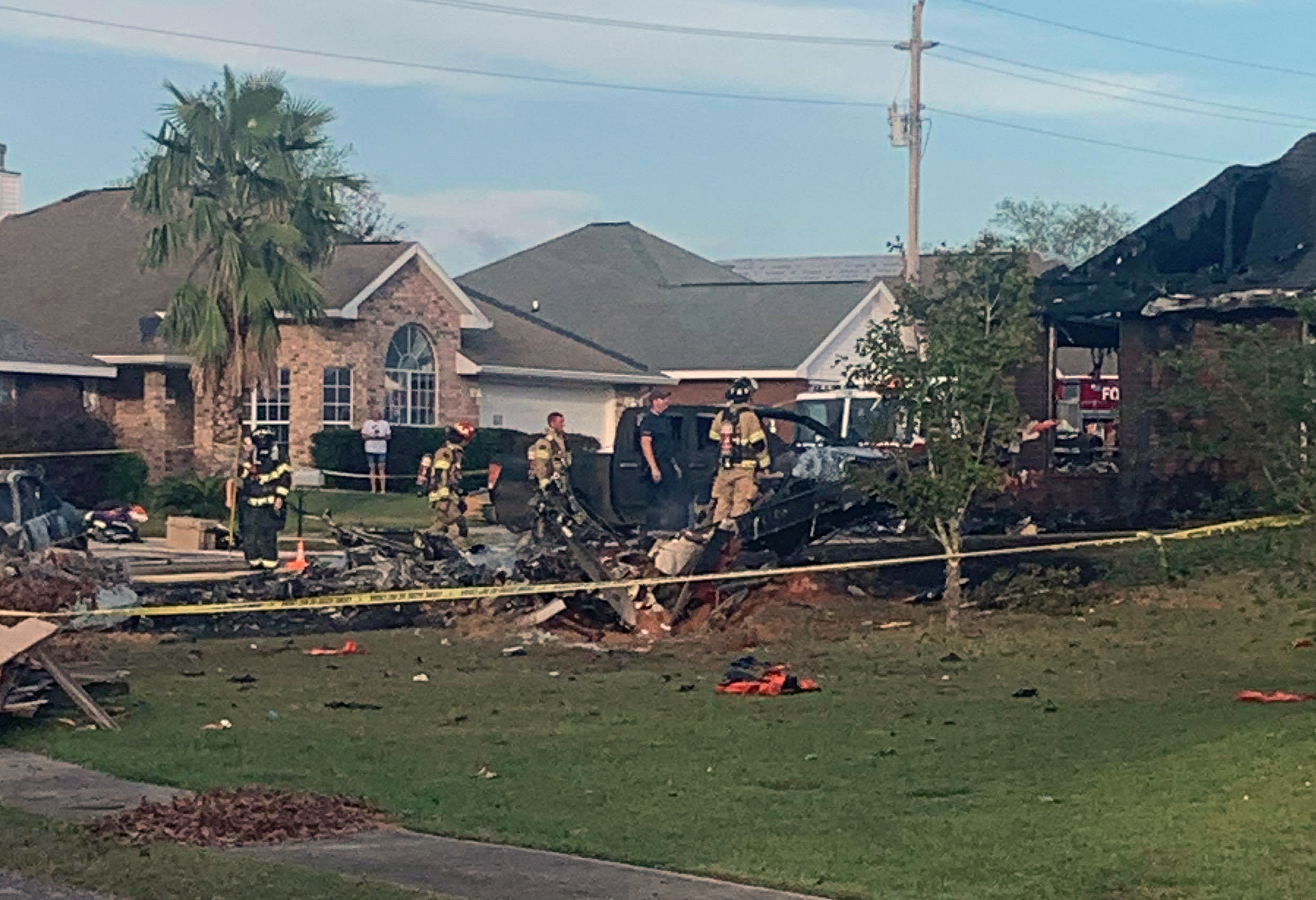 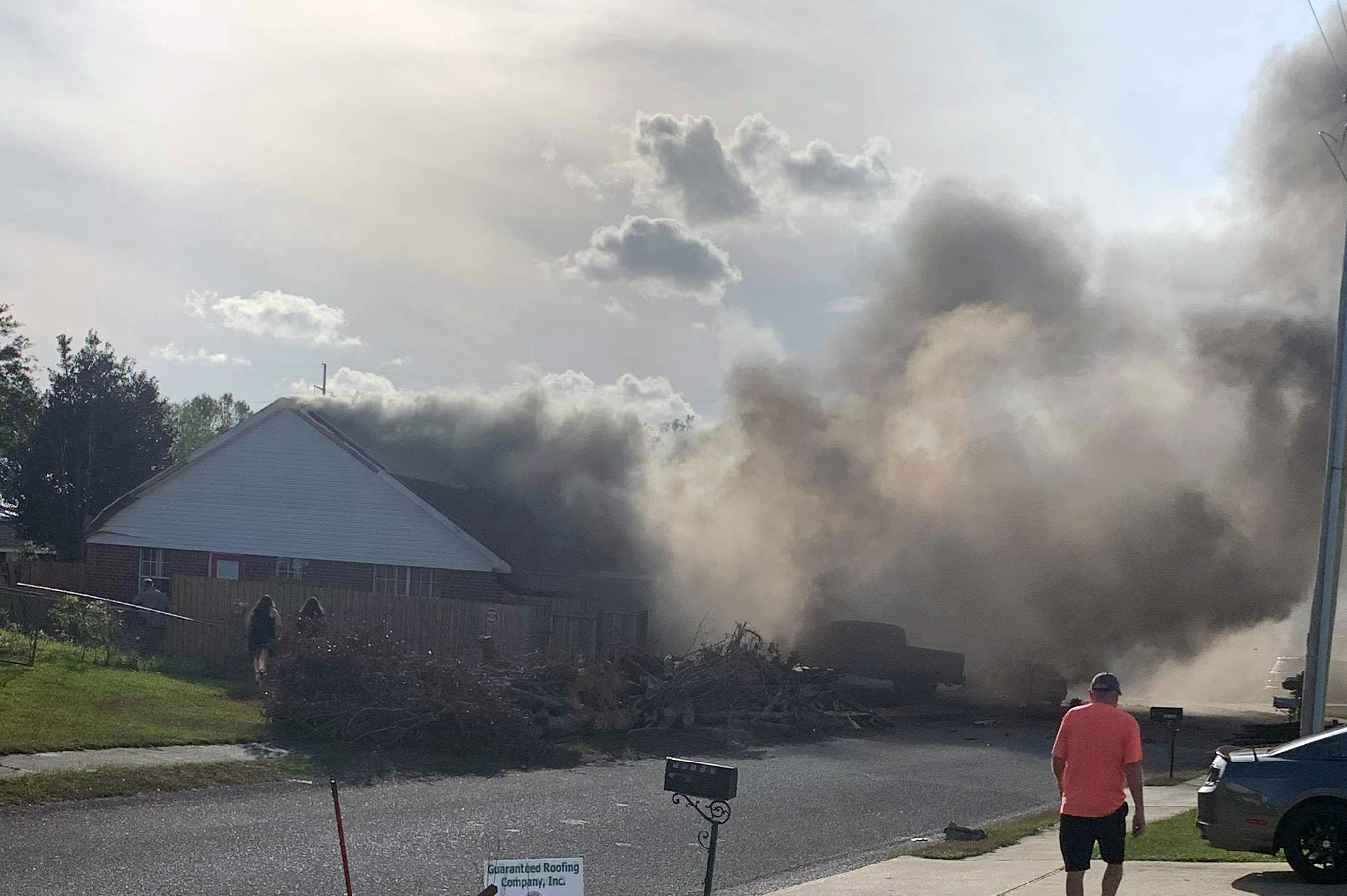 The Baldwin County Sheriff's Office first said there was a plane crash around 5pm.

The plane was later identified by police as a US Naval aircraft – and the US Naval Air Forces identified the plane specifically as a T-6B Texan II aircraft. 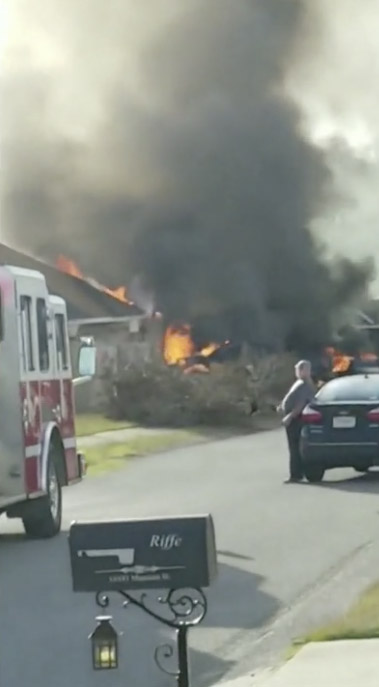 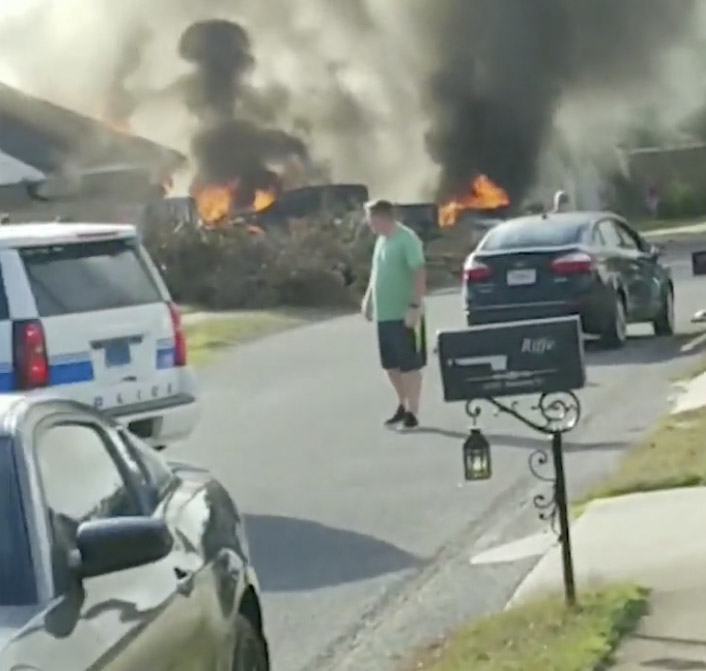 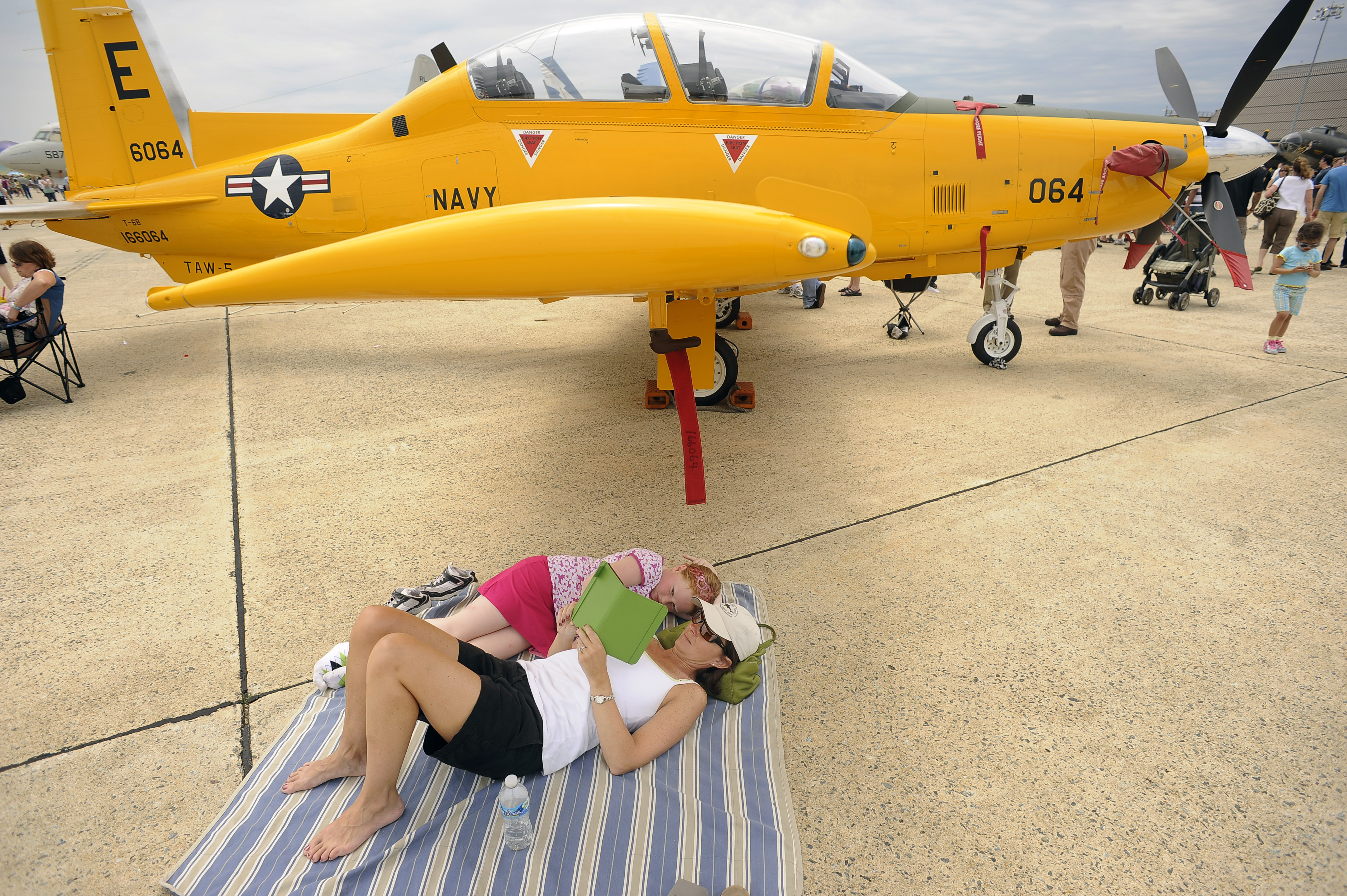 The crash happened at around 5pm, according to the Navy.

Foley Fire Chief Joey Darby told WKRG that a home and multiple vehicles were damaged in the crash.

Pictures and video show the home blazing as it was on fire, with smoke billowing out. 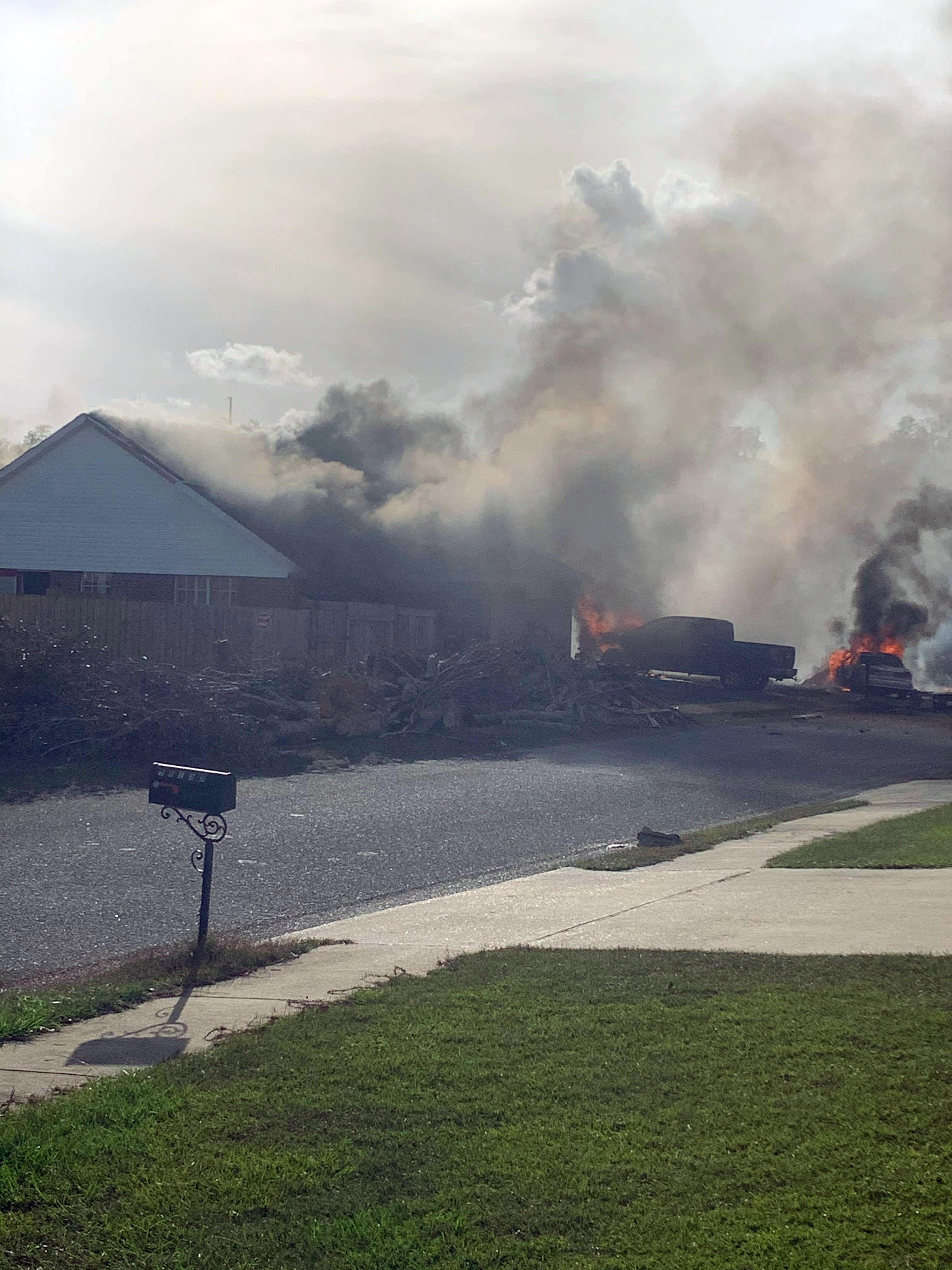 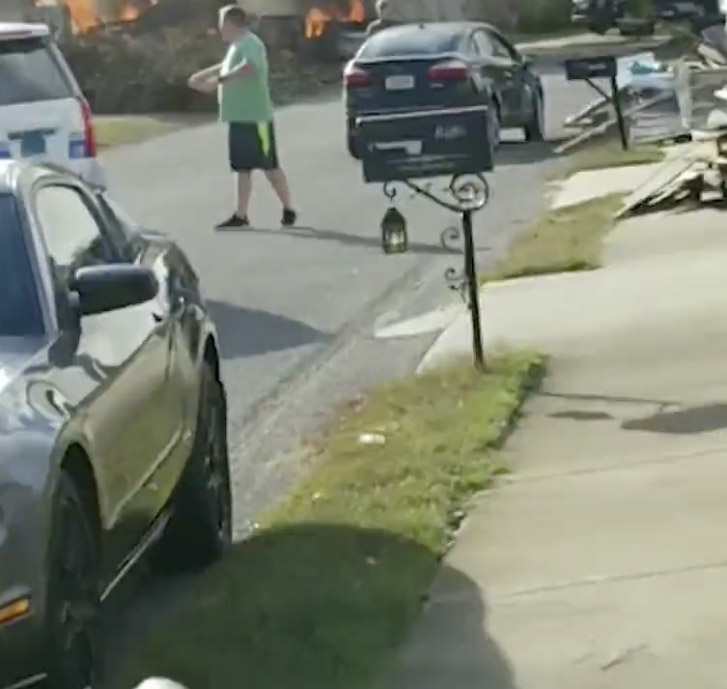 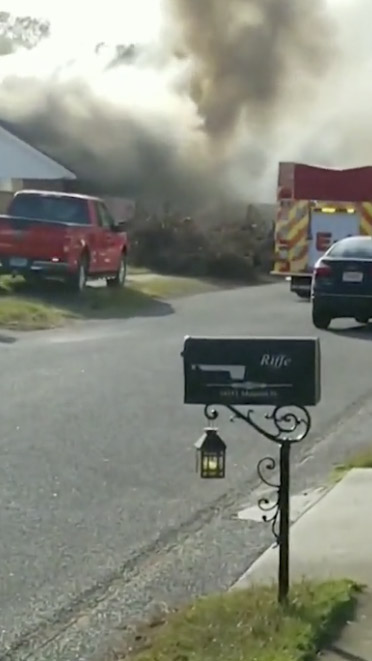 Police said no civilians were injured in the incident.

"The aircrew did not survive the crash," the Naval Air Forces said in a statement.

Navy officials said the names of the victims would not be released until 24 hours after the next-of-kin were notified.

"It is with a heavy heart that we mourn two of our pilots who lost their lives during an aircraft crash in Alabama today," Air Training said in a statment.

"Our deepest sympathy goes to their family and friends at this difficult time.

"Rest in peace, Shipmates. We have the watch."

Navy crews were still on-scene on Friday night, working "to secure the area and ensure the safety of the local community," the Naval Air Forces said in a statement.

The Department of Defense and Navy will be taking over investigations into the crash, the Baldwin County Sheriff's office said.