The Victorian government will miss the latest deadline to establish protocols to prevent torture and inhumane treatment of detained people as the state’s prisons come under pressure from staff shortages, leading to unrest and reports of stricter conditions.

A UN anti-torture treaty – ratified by the federal government five years ago – asks federal, state and territory governments to set up independent detention oversight, called the National Preventative Mechanisms. The mechanism would have the power to interview inmates and detainees, make recommendations for improvements and publish findings. 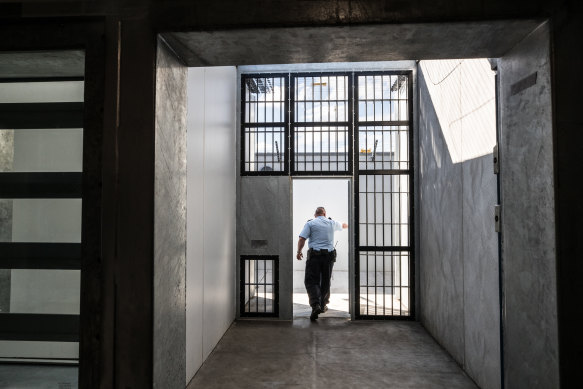 Victoria’s prisons are under pressure due to staff shortages, which have led to increased lockdowns of prisoners.Credit:Jason South

Victoria’s failure to meet the UN’s January 20 deadline for setting up a mechanism prompted about 20 organisations, including the Victorian Aboriginal Legal Service (VALS) and the Human Rights Legal Centre, to write an open letter to Attorney-General Jaclyn Symes lamenting the lack of progress.

“In the five years since Australia signed onto OPCAT [the Optional Protocol to the Convention Against Torture and other Cruel, Inhuman or Degrading Treatment or Punishment], effective independent oversight could have prevented numerous instances of abuse, torture, and even death of people deprived of their liberty,” the letter, published on Tuesday, said.

The letter said independent oversight could have monitored a contentious lockdown of public housing towers in Melbourne in 2020 and made sure adequate healthcare was provided to 37-year-old First Nations woman Veronica Nelson, who died in police custody the same year.

An independent oversight mechanism would include regular inspection of facilities by the UN Subcommittee on the Prevention of Tortures. The subcommittee visited Australia for the first time in October but abandoned its tour when it was refused entry to NSW prisons.

The Victorian government acknowledges the state’s prisons are under pressure because of staff shortages, which have led to increased prisoner lockdowns, according to the Community and Public Sector Union.

One prison officer told The Age prisoners were now locked down from 5pm to 8am, making it more difficult for some to contact their families. Mainstream prisoners have allegedly expressed demoralisation as conditions begin to shift closer to those seen at maximum security facilities.

Last week, in a new report by Human Rights Watch, Australia was criticised because Aboriginal people are over-represented among those who are locked up and die in custody.

Nerita Waight, chief executive of VALS, said First Nations people had complained to the legal service about mistreatment and abuse in the state’s prisons and police cells. Some of these accounts included solitary confinement, strip searching and the use of physical restraints.

“We need independent detention oversight so that these problems can be addressed proactively,” Waight said.

A Victorian government spokesperson said it supported the principles of OPCAT and already had in place “robust” oversight mechanisms to ensure prisoners were protected against torture and degrading treatment or punishment.

The spokesperson said the state required adequate funding from the Commonwealth to implement obligations imposed by the UN treaty.

In a 2019 Victorian Ombudsman report, an independent oversight agency was costed at $2.5 million per year.

Ombudsman Deborah Glass said that was “a fraction of 1 per cent of the current prisons budget”.

In 2021, the Andrews government committed $798 million to expanding the capacity of five prisons.

Federal Attorney-General Mark Dreyfus censured the NSW government over its refusal to allow the UN subcommittee to visit its prisons.

A spokesperson for Dreyfus said on Tuesday that the Albanese government was committed to fulfilling Australia’s international obligations under OPCAT, but that “a number of states and territories are yet to fully establish national preventative mechanisms”.