Vintage snuff boxes that were stolen in 'Fulford Thefts' are found

A prized collection of antique gold snuff boxes stolen from a stately home has been found decades after it vanished.

The boxes, a mix of French, Swiss and German craftsmanship, have been given back to Temple Newsam House in Leeds.

The Art Loss Register discovered the treasures at auction – however, they had changed hands so many times it was impossible to identify the thief. 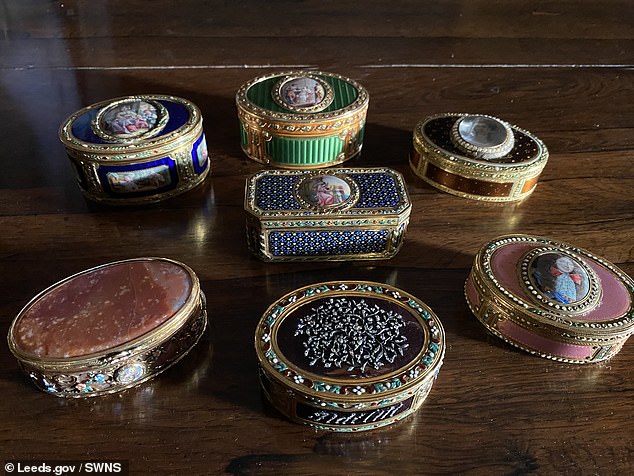 After conservation work the collection will go on display next year.

He added: ‘The disappearance of these beautiful boxes was a great loss to Temple Newsam and to the city, so we’re delighted that these treasures are in our collection once more.

‘It’s extremely rare to find objects which have such a captivating combination of classic artistry and modern-day intrigue and we can’t wait to share this remarkable story with our visitors.’

James Ratcliffe, director of recoveries and general counsel at the Art Loss Register said: ‘It is fantastic to see these seven gold boxes returned to Temple Newsam, more than 40 years since they were stolen.’

Originally displayed in Temple Newsam’s stunning Chinese Drawing Room, the boxes were stolen, along with a number of other items, probably by a thief pretending to be a tourist viewing the home’s many antiquities.

The boxes had joined the house’s collection at the outbreak of the Second World War, when they were part of a generous donation by noted local art collector, entrepreneur and laxative magnate Frank Fulford.

The Tudor Jacobean mansion dates back to the 16th Century. It was the largest house of its day in Yorkshire and was seized by King Henry V111 after he beheaded Lord Thomas Darcy, who built the house.

Lord Henry Darnley was born in the mansion, but the house was seized for a second time by Queen Elizabeth 1 when he married Mary Queen of Scots. 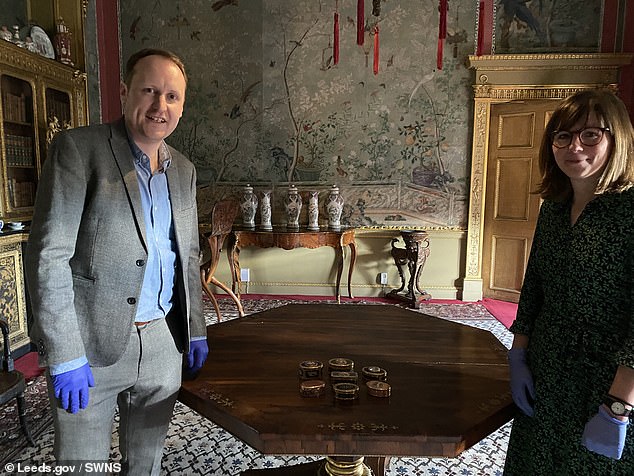