Vladimir Putin reveals he moonlighted as a taxi driver

Russian President Vladimir Putin has revealed he moonlighted as a taxi driver following the collapse of the Soviet Union to make ends meet.

The collapse triggered economic hardship across the country, forcing many Russians to seek new and alternative ways to earn a living.

Speaking about the breakup of the state in 1991 in a documentary that aired on Sunday, Putin described it as the collapse of historical Russia. 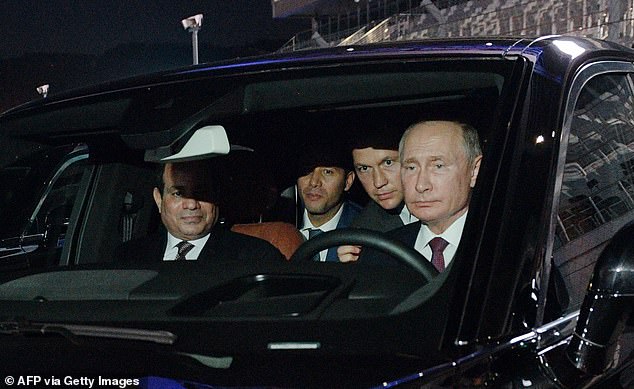 It is well known that the Russian strongman sees the collapse as a national tragedy, and the remarks could fuel further speculation about his intention towards Ukraine.

Russia has amassed more than 90,000 troops on its border with the former Soviet republic, raising fears that the Kremlin is planning an invasion.

Putin and his allies have denied this, instead accusing Ukraine of provocation and saying Russia is taking steps to prevent Nato expansion to the east.

Last week, Russia demanded that Nato formally rescinds its decision to open the door to membership for Georgia and Ukraine.

‘After all, what is the collapse of the Soviet Union? It was a disintegration of historical Russia under the name of the Soviet Union,’ Putin said, speaking in the documentary called ‘Russia, Recent History’ and reported by state-run news agency RIA Novosti.

‘Sometimes I had to earn extra money,’ he continued. ‘I mean, earn extra money by car, as a private driver. It’s unpleasant to talk about to be honest, but unfortunately that was the case.’

Putin has spoken before on the collapse of the USSR, once describing it as ‘the greatest geopolitical disaster of the 20th century’. 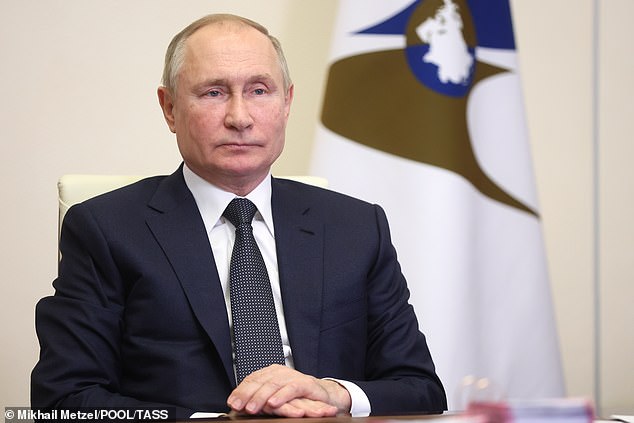 Putin (pictured in Moscow on Friday) has spoken before on the collapse of the USSR, once describing it as ‘the greatest geopolitical disaster of the 20th century’. It is well known that the Russian strongman sees the collapse as a national tragedy, and his latest remarks could fuel further speculation about his intention towards Ukraine

However, he has not previously revealed his need to moonlight as a Taxi driver – something many Russian men did at the time to get by.

Taxis were scarce in Russia, and many individuals took to driving them to earn a living – some even using their work vehicles such as ambulances.

These drivers were known by the informal name of bombila (bombers).

Putin’s past work as an agent of the KGB – Russia’s security service – is well documented, but other details are more mysterious.

In the early 1990s, he worked in the office of St Petersburg Mayor Anatoly Sobchak.

He claims that he resigned from the KGB after a coup in August 1991 against Soviet President Mikhail Gorbachev, which combined with economic woes led to the break up of the socialist bloc.

Russia was the centre of the Soviet Union that expanded to include 15 republics, reaching from the Baltics in the west to Central Asia. When it collapsed, Russia became the independent country it is today.

Reports of Putin’s comments come after the G7 on Sunday warned Russia of ‘massive’ consequences if it invades Ukraine. 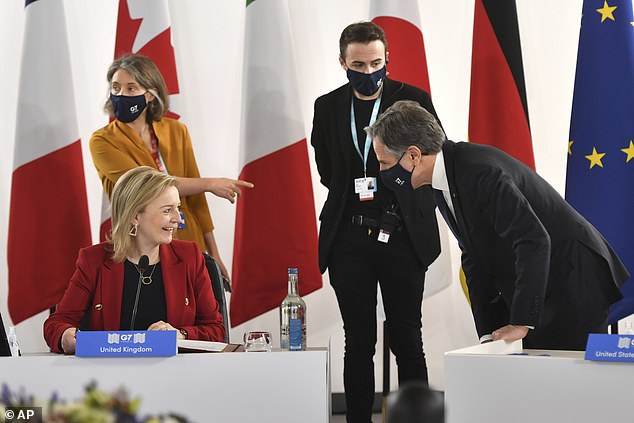 Britain, which hands over the G7 presidency to Germany next year, portrayed the two-day conference as a chance to stand up to authoritarianism around the world.

In addition to talks over Iran’s nuclear ambitions, Russia’s build-up of troops on the border with Ukraine dominated talks, given fears of a possible invasion.

US intelligence officials estimate that as many as 175,000 Russian troops could launch an attack early next year, with troops, tanks and artillery already massing on the Ukrainian border.

Foreign Secretary Liz Truss said there was ‘very much a united voice… that there will be massive consequences for Russia in the case of an incursion into Ukraine’.

All options, including wide-ranging political and economic sanctions, are on the table if Russia ignores a diplomatic solution, officials indicated.

A senior US State Department official on Saturday said ‘a large number of democratic countries’ were ready to join the G7 nations of Britain, Canada, France, Germany, Italy, Japan and the United States in taking action.

US President Joe Biden earlier this week held a virtual summit with his Russian counterpart Putin to voice Western concerns. 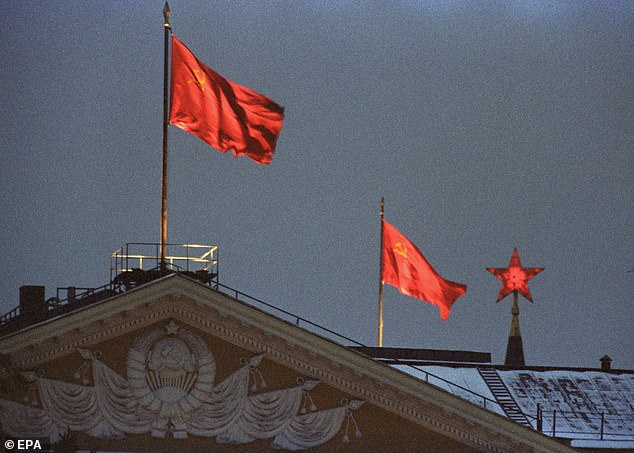 Pictured: Soviet flags fly over President Mikhail Gorbachev’s office and the People’s Congress building in the Kremlin, Moscow, Russia, USSR, 18 December 1991. Now, 30 years on, Putin has spoken further on the USSR’s collapse in a Russian documentary 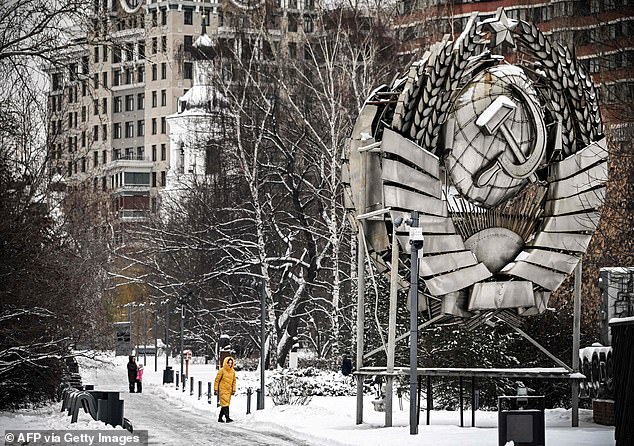 Pictured: People walk past a huge state emblem of the USSR which was removed from an avenue after the collapse of the Soviet Union in 1991, in a modern history sculpture park in Moscow on December 8, 2021

He is sending his top diplomat for Europe and Eurasian affairs to Kiev and Moscow next week for follow-up talks with senior officials.

Pope Francis also called for the situation to be ‘resolved through serious international dialogue and not with weapons’, following the Angelus prayer at St Peter’s Square.

Germany’s new Foreign Minister Annalena Baerbock, speaking later on Sunday, warned that The Nord Stream 2 gas pipeline from Russia would not be allowed to operate in the event of any new ‘escalation’ in Ukraine, under an agreement between Berlin and Washington.

In response to the G7 summit, Putin last night denied Russia planned to seize Ukraine and accused Britain and its allies of ‘demonising’ his country.

The president’s official spokesman, Dmitry Peskov, said the accusations by Britain and its allies were ‘once more being made with the aim of further demonising Russia’.