A VOLCANO has erupted on La Palma in the Canary Islands after 1000 earthquakes were detected over the last few days.

Huge red plumes topped with black-and-white smoke shot out, as a river of lava flowed from the La Cumbre Vieja volcano , forcing hundreds of people to be evacuated. 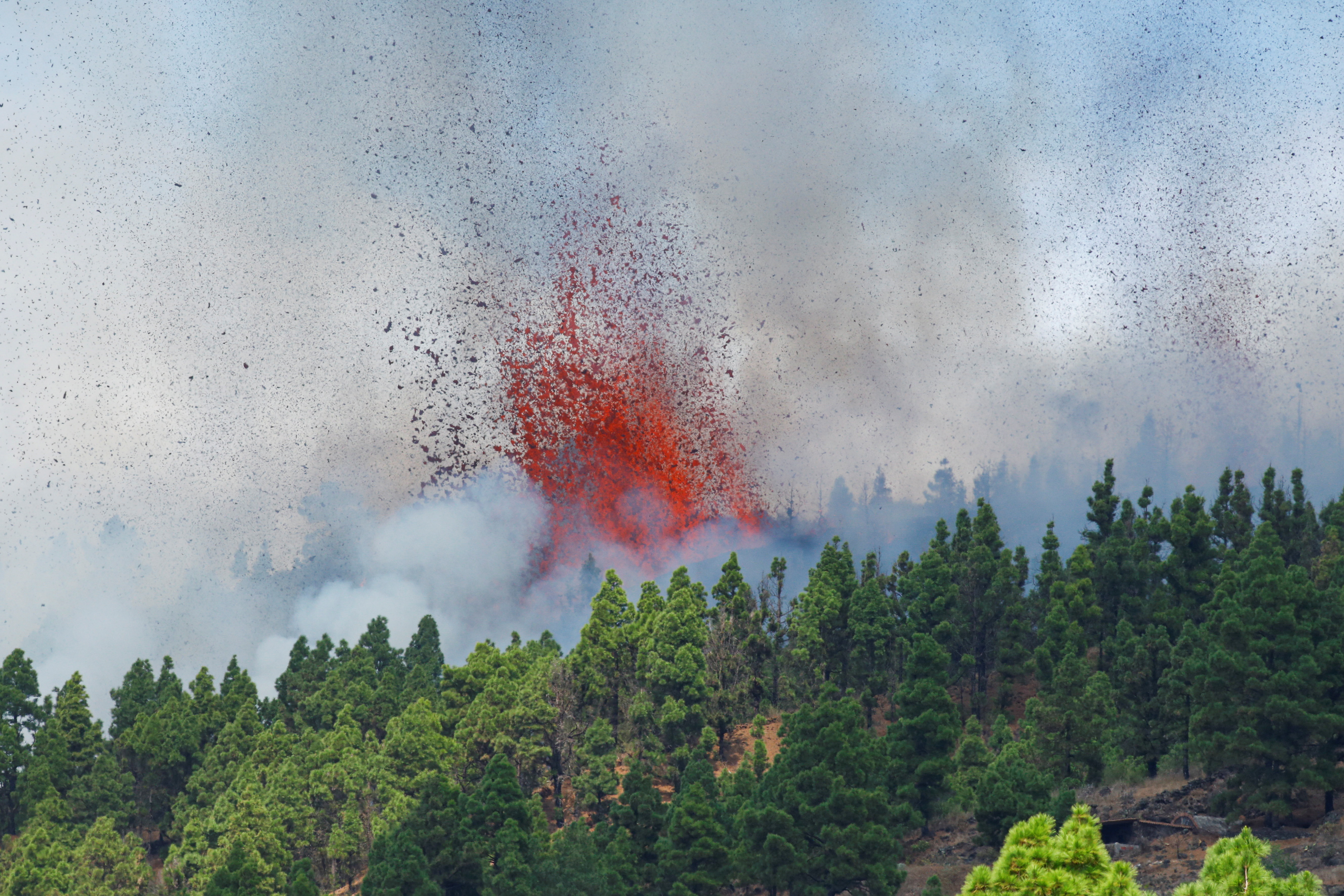 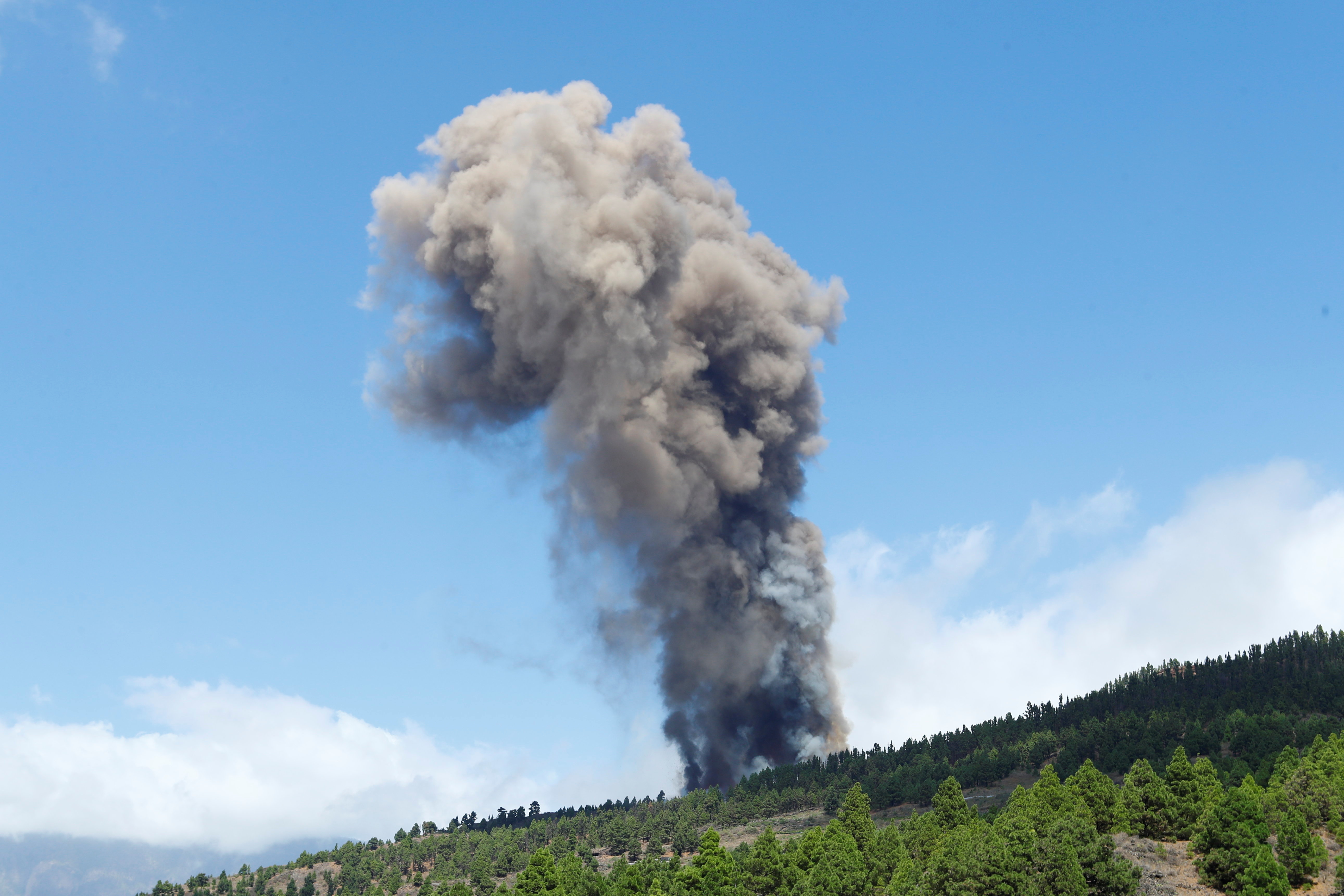 Cumbre Vieja straddles a ridge in the south of La Palma island and has erupted twice in the 20th century, first in 1949 then again in 1971.

The eruption came after a week of seismic activity that that has seen around a thousand people evacuated from their homes.

A 3.8-magnitude quake was recorded before the eruption as vibrations from the seismic activity were felt on the surface.

One black lava flow with a burning tip was sliding toward some houses in the village of El Paso.

Mayor Sergio Rodriguez said 300 people in immediate danger had been evacuated from their homes and sent to the El Paso’s football field.

Roads were closed due to the explosion and authorities urged the curious not to approach the area.

La Palma has a population of 85,000 and is one of eight islands in Spain's Canary Islands.

An earthquake swarm is a cluster of quakes in one area during a short period and can indicate an approaching eruption.

Since last Saturday, there have been almost a thousand earthquakes on the islands.

On Tuesday, the Canary Island's regional government put the island on a yellow alert for eruption.

Itahiza Dominguez, head of seismology of Spains National Geology Institute, told local TV station RTVC that although it was too early to tell how long this eruption would last.

The last eruption on the Canary Islands occurred underwater off the coast of El Hierro island in 2011 and that lasted five months. 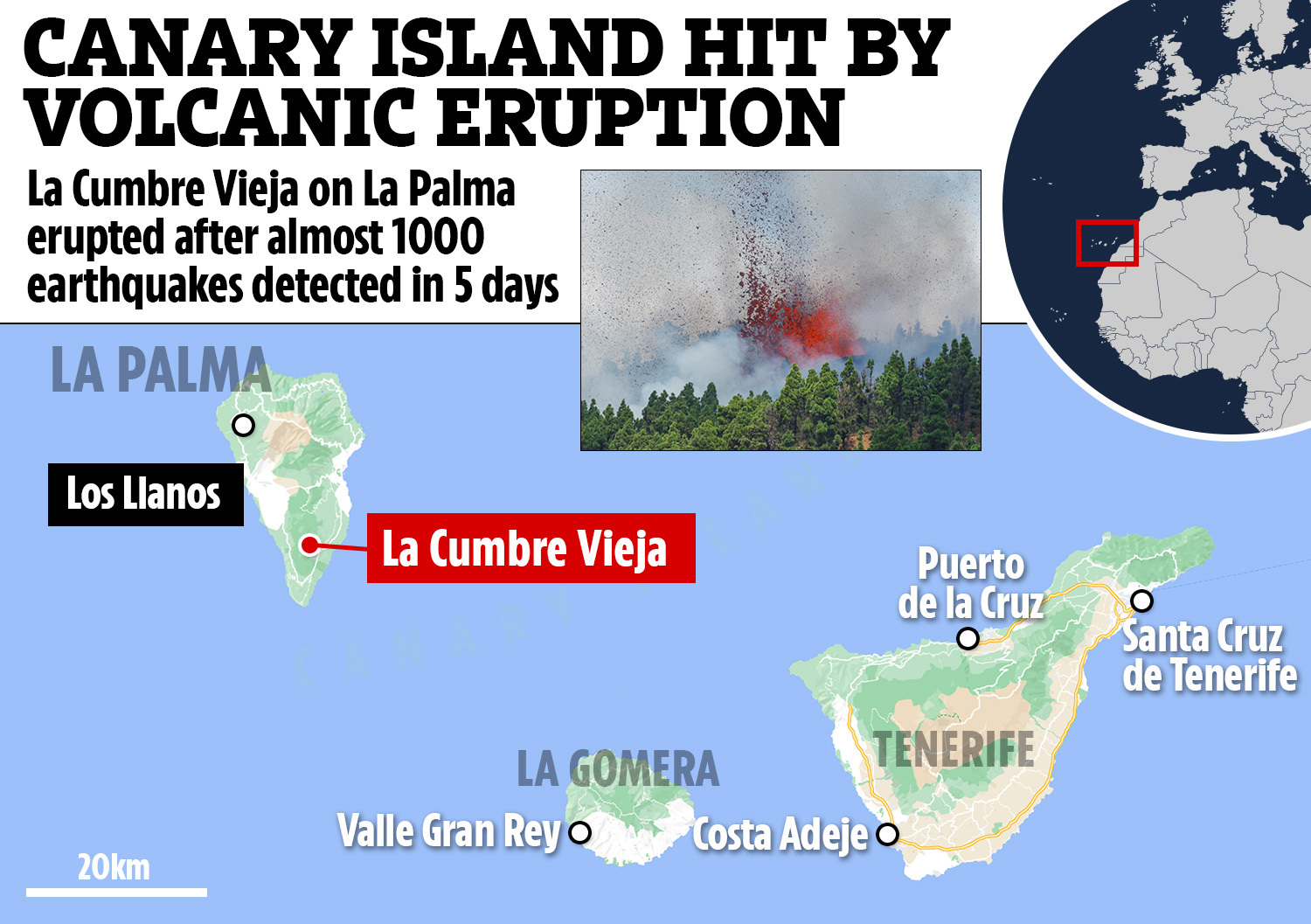 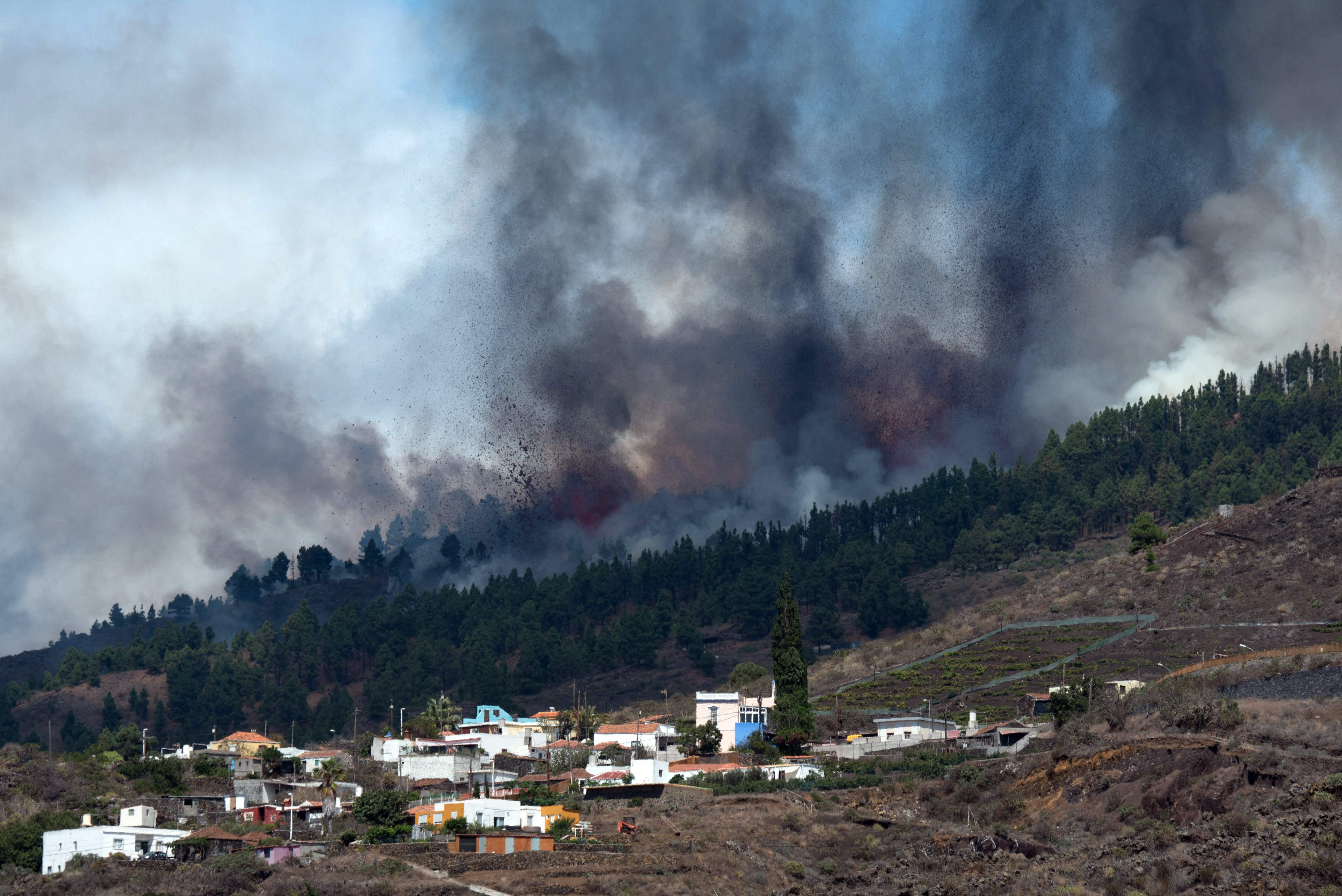 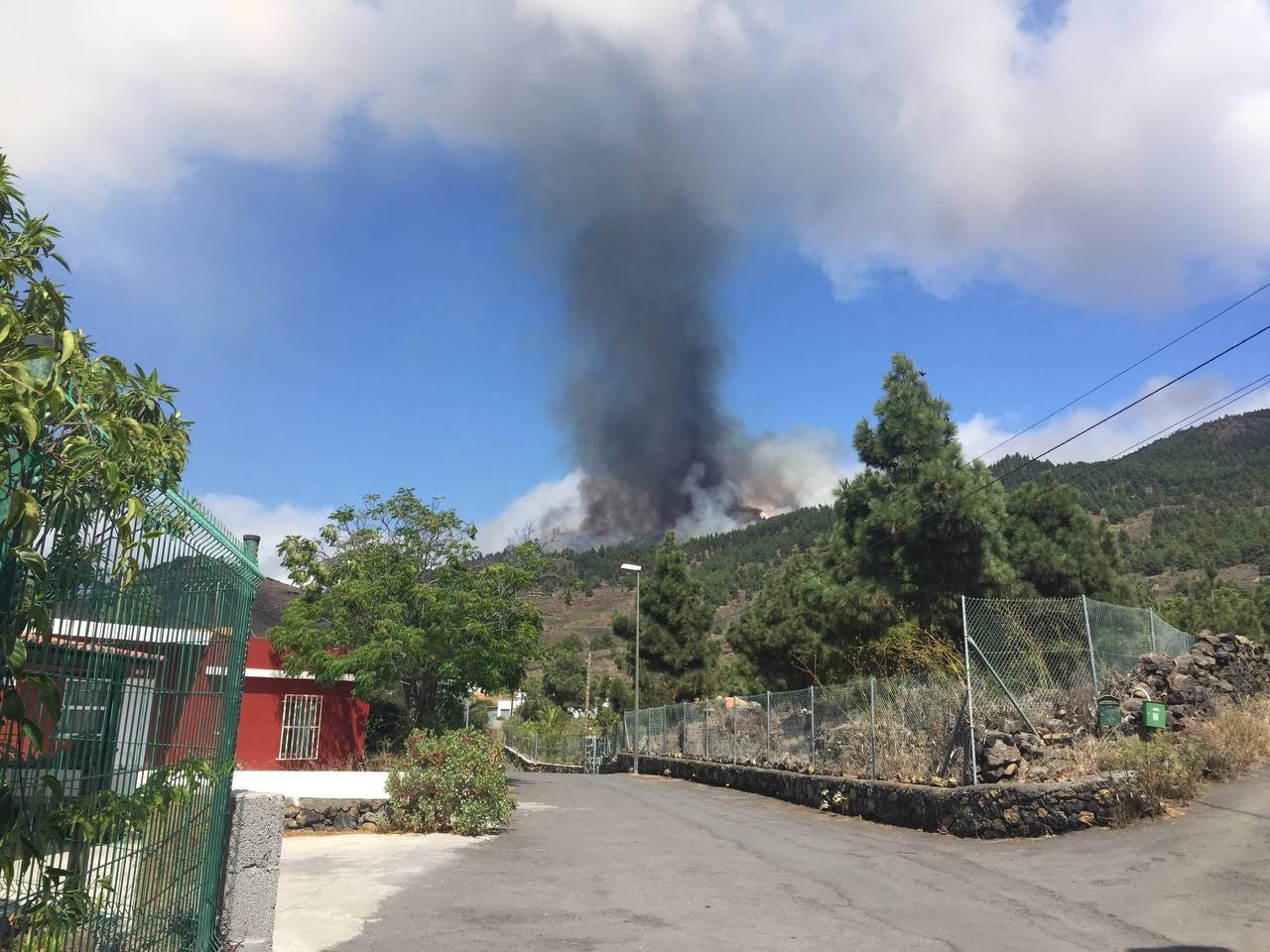