Volunteer, 73, dies after being repeatedly rammed by a 'comfort' sheep

Therapy farm volunteer, 73, dies after being repeatedly rammed by a ‘comfort’ sheep that charged at her while she was feeding the animals

A 73-year-old grandmother has been rammed to death by a ‘comfort’ sheep at a therapy farm in Massachusetts.

Kim Taylor, who volunteered for Cultivate Care Farms in Bolton, about 40 miles west of Boston, was in the sheep pen alone when the animal charged her on Saturday.

The retired nurse was seriously injured and went into cardiac arrest soon after paramedics arrived. Taylor was then rushed to hospital where she was pronounced dead.

She was described as a ‘treasured volunteer’ by Cultivate Care Farms which specializes in improving the lives of children through ‘farm-based therapy.’ 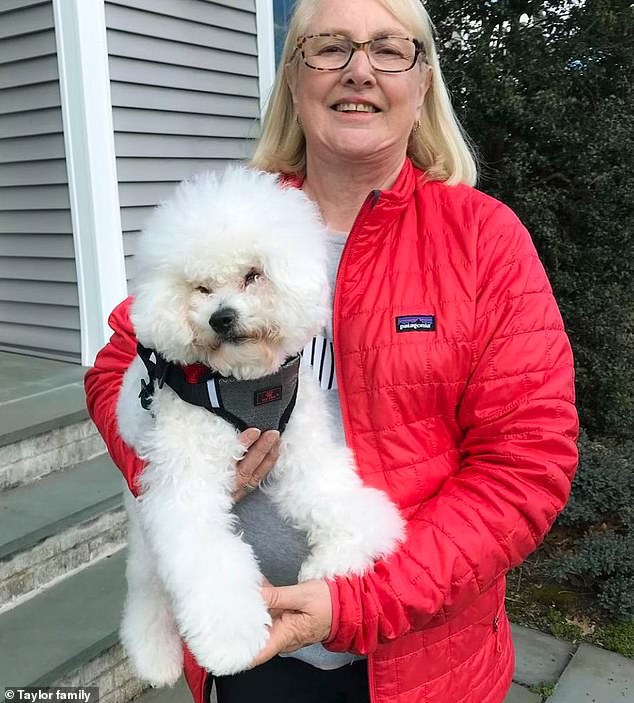 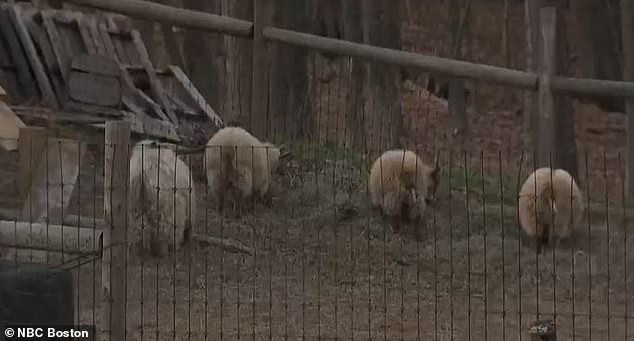 A sheep pen at Cultivate Farms in Bolton, about 40 miles west of Boston

‘Kim was beloved by all who worked with her during the 14 months she volunteered at the farm,’ Megan Moran, the director of Cultivate Care Farms, said in a statement.

Her heartbroken daughters Candice and Samantha Denby described their mother as an ‘animal lover’ who adored her weekly volunteering sessions.

‘Our mother, Kim Taylor, was not only a great mother, grandmother and friend but was also a huge animal lover,’ the daughters said in a statement. ‘She found joy in her weekly volunteering at Cultivate Care Farms in Bolton, MA. This accident was tragic and we are so very sad.’

They said Taylor had worked as a nurse for 30 years and recently retired from the Critical Care Unit at St. Elizabeth’s Medical Center in Brighton.

‘She was an avid knitter, cook and Red Sox fan,’ Candice and Samantha said. ‘She greeted others while walking her dogs and always found joy on these outdoor walks.’

Taylor had been working at the therapy farm for the last 14 months.

Bolton police Chief Warren Nelson said in a statement Sunday that Taylor was in the sheep pen alone and there had been no witnesses ‘when a sheep charged at her and repeatedly rammed her.’

Taylor ‘suffered extensive serious injuries and went into cardiac arrest’ soon after police and paramedics arrived at around 9am.

She was rushed to Marlborough Hospital where she was pronounced dead, Nelson said.

Animal control and farm staff are now considering ‘the future outcome of the sheep.’

The authorities and the farm did not reveal any details about the animal in question.

Cultivate Farms (pictured) describes itself as a pioneer of therapy for adolescents using animals, striving to establish it as a form of treatment with the same status as models like cognitive behavior therapy

Rams can become aggressive but fatal attacks on humans are extremely rare.

Cultivate Farms describes itself as a pioneer of therapy for children and adolescents using animals, hoping to establish it as a form of treatment with the same status as models like cognitive behavior therapy.

‘Cultivate Care Farms strives to create a safe, supportive and inclusive space to promote wellness for all people and to diminish barriers created by mental health stigma,’ its website states.