What is a solar flare and how can the storms they cause affect planet Earth?

SOLAR flares are intense bursts of radiation and are the solar system’s largest explosive events.

A flare coming from a hole in the sun's atmosphere can whip up a strong storm which can last for days. 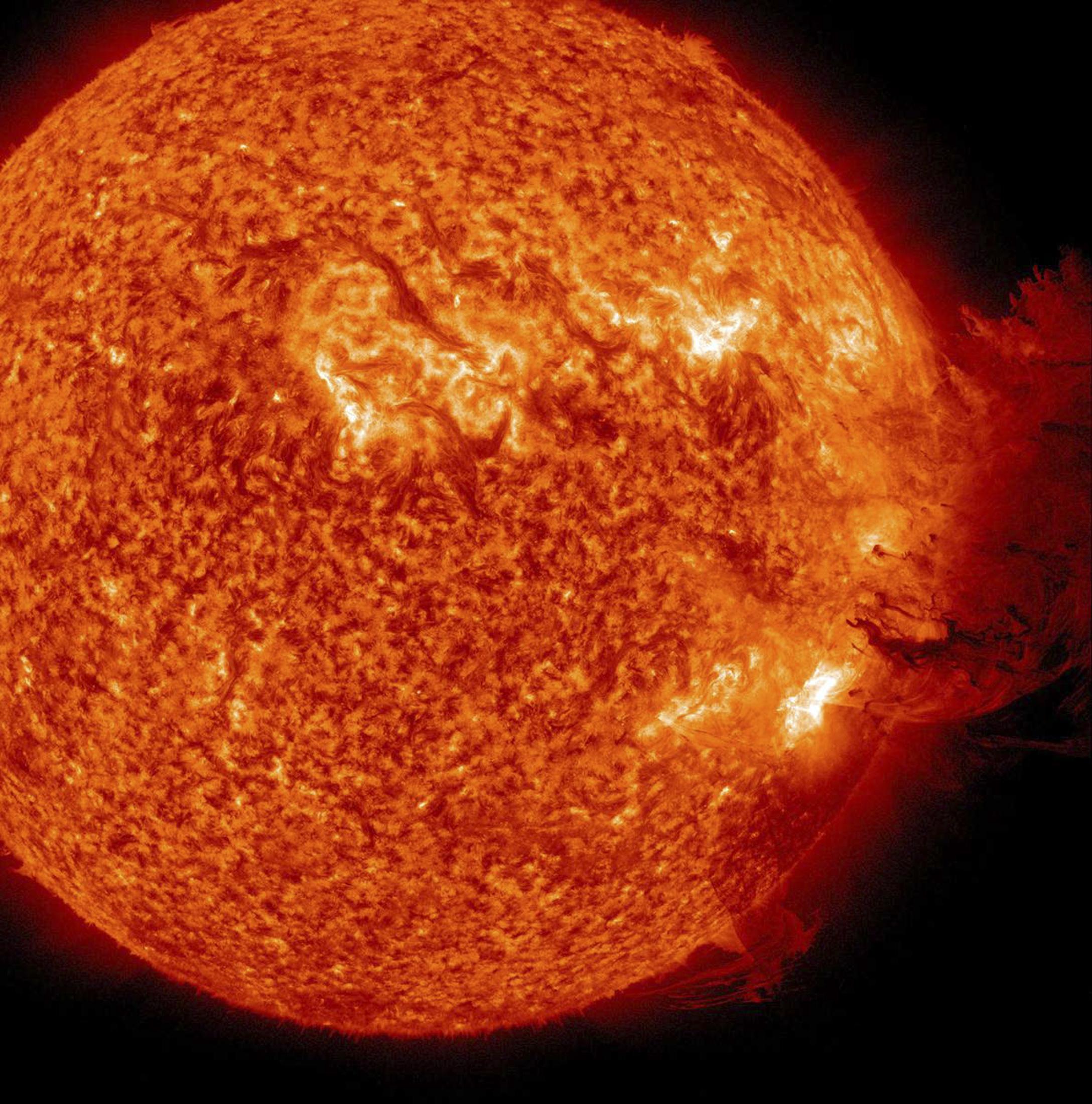 What is a solar flare?

A solar flare is a sudden, rapid and intense variation in brightness and occurs when magnetic energy built up in the solar atmosphere is suddenly releaspacesed.

Radiation is emitted across the electromagnetic spectrum.

The amount of energy released is the equivalent of millions of 100-megaton hydrogen bombs exploding at the same time.

The first solar flare recorded in astronomical literature was on September 1, 1859.

How can the storms they cause affect Earth?

Bursts of electromagnetic energy that come from the sun can cause worry that a gigantic flare could hurl enough energy to destroy earth, but NASA says this is not possible.

Solar energy has a cycle called a solar maximum, which occurs every 11 years.

So therefore anyone over the age of 11 has already lived through solar maximum without coming to any harm.

But solar flares can temporarily alter the upper atmosphere of Earth and create disruptions.

Larger fluctuations can blow out transformers in power grids and can disrupt satellites.

In an increasingly technological world space weather is a serious matter.

But if a large flare, of coronal mass ejection, was heading towards earth scientists would be able to warn the relevant people so action could be taken.

How far in advance can solar flares be predicted?

Using a telescope, solar flares can be seen when they occur – giving some warning.

But energetic particles can still arrive on Earth within minutes of this.

A study suggests, however, we may soon be able to predict the most dangerous solar flares 24 hours in advance.

Researchers in Japan has developed what is known as a kappa-scheme, which looks at the strong magnetic fields associated with flares.

Before a flare starts, electric currents flow along the sun's magnetic field lines – and when two of these overlap, they undergo a process known as reconnection where the lines snap together and release huge amount of energy, a solar flare. 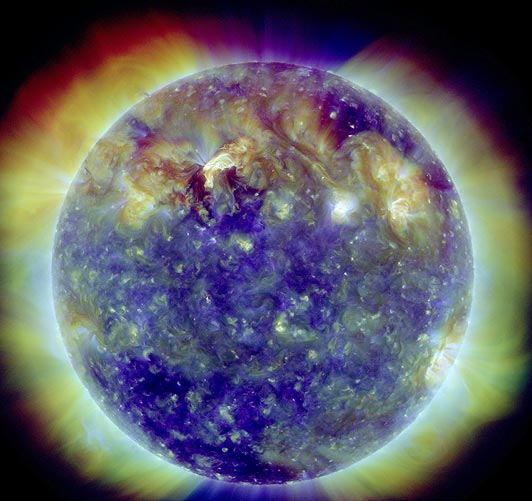 How long do solar flares last?

Solar flares are seen as bright areas around the Sun and can last from minutes to hours.

It takes around eight minutes for the light from a solar flare to reach Earth.

And some of the energy particles released from the flare can also enter the atmosphere within tens of minutes.

How dangerous are solar flares?

The storms can wreak havoc on navigation systems and cause entire national power grids to grind to a halt.

Former US President Barack Obama was forced to issue a chilling warning to the nation in preparation for devastating space weather storms in 2016.

He said: "Extreme space weather events – those that could significantly degrade critical infrastructure – could disable large portions of the electrical power grid, resulting in cascading failures that would affect key services such as water supply, healthcare, and transportation."

However in terms of human life and the threat to that – there is nothing to be worried about.