Who has been arrested for taking Cleo Smith?

FOUR-YEAR-OLD Cleo Smith from Western Australia has been found after 18 days away from home.

A man has been arrested in connection to the disappearance. Here's what we know about him. 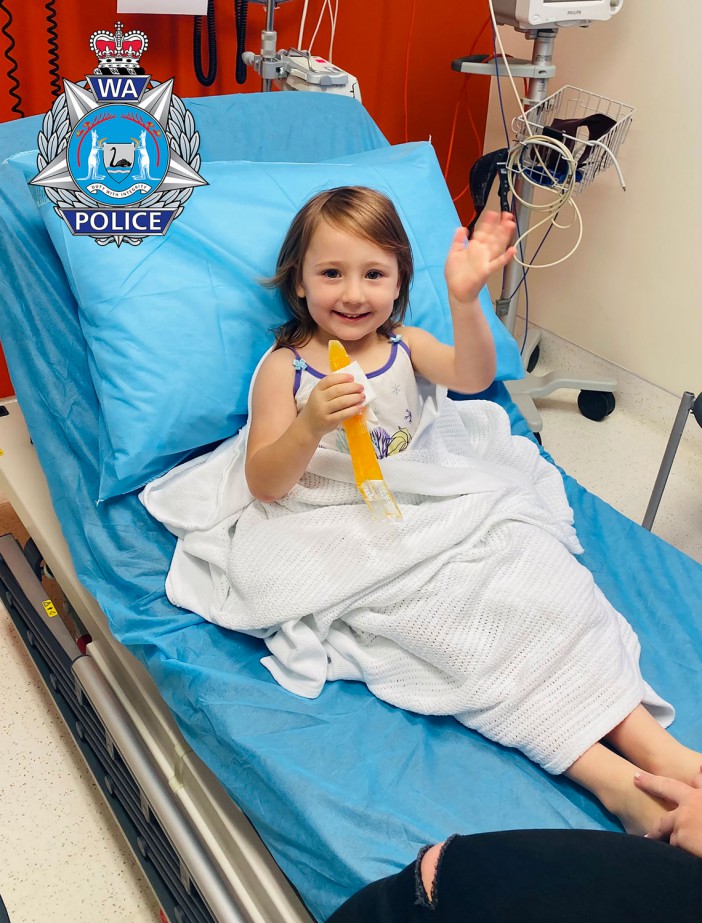 The 36-year-old man was pictured lying down in the ambulance with his bandaged head covered in a blanket.

Sahntayah McKenzie who lives nearby said she heard the sound of crying one night, but did not connect it to the missing girl.

"Not last night, the night before it… I heard a little girl crying but I wouldn't expect it to be Cleo," she told The West Australian.

"I didn't expect it would happen in this little neighbourhood, a lot of people know each other."

Rennee Turner drove to her sister’s house on the street where Cleo was found as soon as she heard the news.

She said she went on a construction course with the man who she described as a "very quiet guy" and "a bit of an oddball".

Lead investigator Detective Superintendent Rod Wilde told reporters police did not have any other suspects in the case.

“It appears as though it was opportunistic,” he said.

"What's your name" officers asked as they found the little girl alone in a bedroom and scooped her up into their arms.

"My name is Cleo," she replied.

The officer then says: "We're going to take you to see your mummy and daddy, ok?"

Police busted open the door of a home more than a fortnight after she vanished from her tent at the Blowholes camp in Western Australia.

Where was she taken from?

Missing Cleo Smith was carried to safety as she was found safe 18 days after vanishing from a campsite.

She arrived at the Blowholes Campground, about 70 kilometres from Carnarvon, in Western Australia on Friday with her mother Ellie Smith, step-dad and baby sister.

The family are from Carnarvon and often visit the area to camp.

Cleo woke her mum up for a drink of water at 1.30am on Saturday, before going back to sleep in the tent she shared with her parents and younger sister.

Mum Ellie said that was the last time she saw her daughter.

Cleo was wearing the pink and purple one-piece sleep suit with a blue and yellow pattern that is pictured here.

Where was Cleo Smith found?

Police cameras show the four-year-old in an officer's arms as she's taken outside after cops burst in at 1am following a sudden tip off.

The house where Cleo was found is about six minutes' drive from her family home in Carnarvon, which has about 5,000 residents in a locked house.

Deputy Commissioner Blanch said they scoured thousands of pieces of information looking for a "needle in a haystack".

he told Network Seven: "Late last night they found that needle that led them to that address and rescued Cleo."

Police said it involved information about a car, but would not elaborate.

ABC News reported a man who lived at the house had been spotted by a neighbour buying nappies.

The neighbour was quoted as saying: "We didn't click who… he was buying them for."

A 36-year-old man is in custody and being questioned by detectives, unknown to the family.

Police smashed their way into a home in Carnarvon in the early hours of Wednesday, November 3, 2021, following forensic clues.

Deputy Commissioner Col Blanch from WA Police said in a statement: "They found little Cleo in one of the rooms.

"One of the officers picked her up into his arms and asked her, 'What's your name?' She said 'My name is Cleo'."