Why is Kevin McCarthy trending?

KEVIN McCarthy has been outspoken about the Biden administration on social media throughout the turmoil in Afghanistan.

President has been accused of having "blood on his hands" after at least 13 troops were among the 170-plus killed at the hands of ISIS-K in a suicide at Kabul airport. 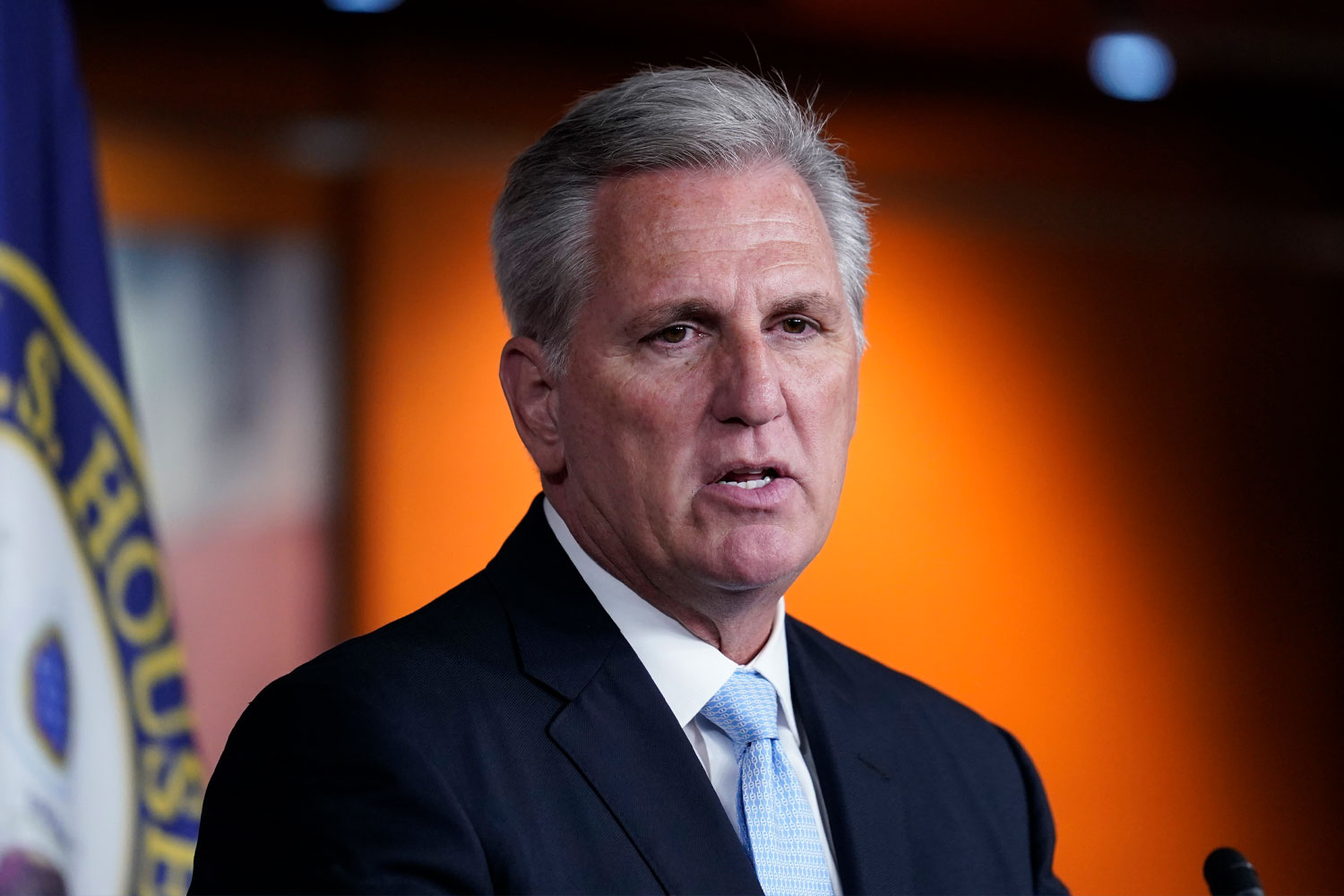 Why is Kevin McCarthy trending?

Biden is currently battling a surging wave of backlash over his handling of the Afghanistan crisis as the US scrambles to evacuate dependents after he rubber-stamped plans to withdraw troops following a costly – and unpopular – 20-year war against the Taliban.

McCarthy is trending for posting a series of tweets lashing out against the president.

"Leave. Nobody. Behind. President Biden is preparing to leave Americans behind in Afghanistan at the mercy of terrorists. Speaker Pelosi must bring Congress back to prohibit the President from withdrawing our troops until every American is out," he wrote.

"House Republicans are in Washington, DC—ready to vote to prohibit President Biden from withdrawing troops from Afghanistan until EVERY American is safely home. Where is Speaker Pelosi? Where are the Democrats?" he continued. 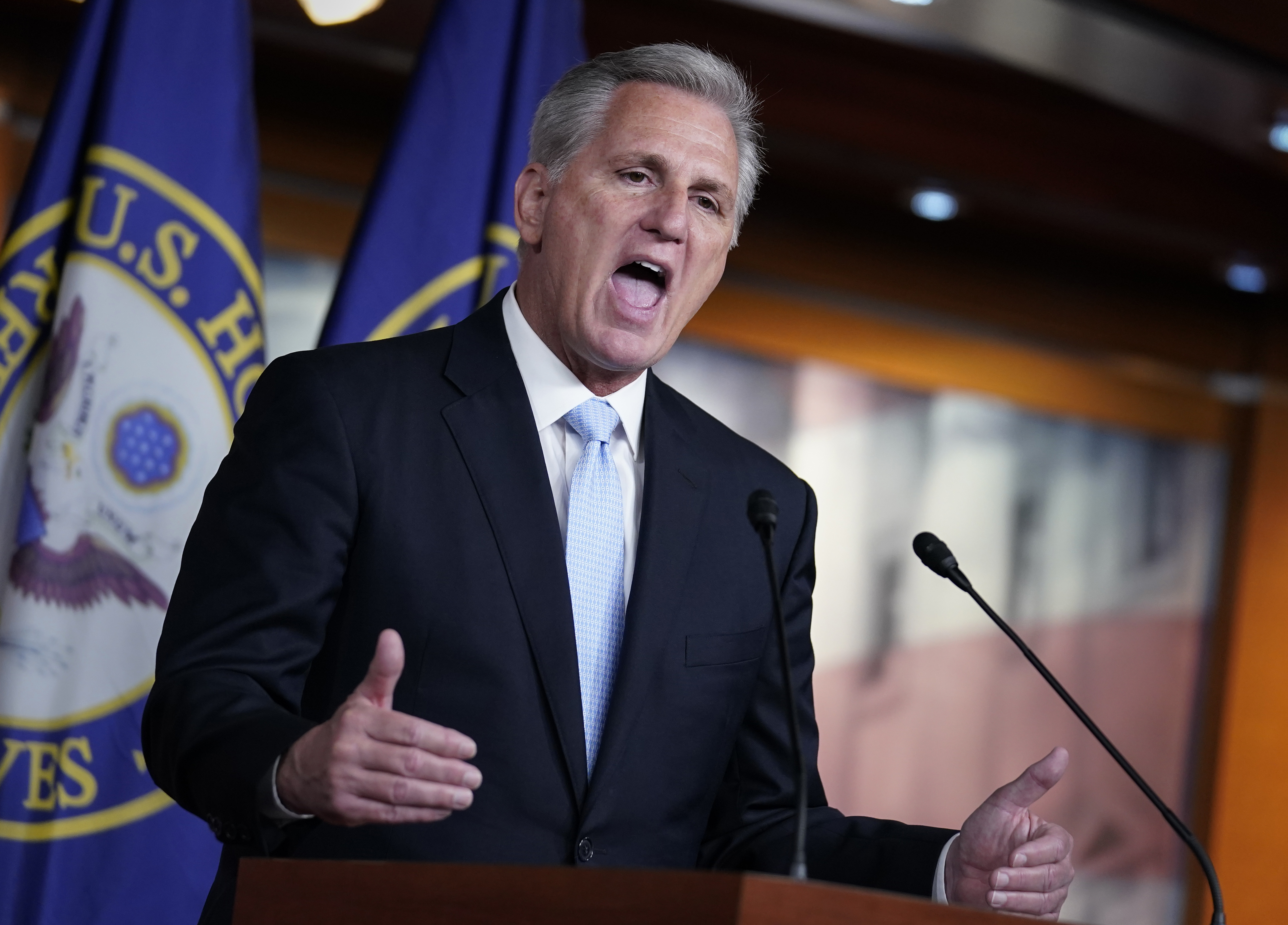 The tweets were not the first time McCarthy has spoken out against Biden's handling of the Afghanistan chaos.

On August 20, the House Minority Leader tweeted: "President Biden failed to lay out a coherent plan for evacuating Americans who have been stranded by his disastrous withdrawal from Afghanistan. We must not be bound by an arbitrary timeline."

What did Kevin McCarthy say about Nancy Pelosi?

In early August 2021, McCarthy had been urged to resign after joking "it'd be hard not to hit Nancy Pelosi with a gavel" if he becomes House speaker.

The House minority leader made the comments at a dinner with Tennessee’s Republican congressional delegatio.

He had been handed a gavel with the words "Fire Pelosi" on it.

McCarthy is reported to have said: "It will be hard not to hit her with it, but I will bang it down."

That led to calls for his resignation.

Pelosi’s spokesman, Drew Hammill, said: "A threat of violence to someone who was a target of a #January6th assassination attempt from your fellow Trump supporters is irresponsible and disgusting."

McCarthy and Pelosi have already been engaged in an ongoing war of words.

Pelosi was  blasted for branding McCarthy a "moron" after he opposed a new mask mandate for vaccinated Americans.

The House speaker said on Wednesday: "He's such a moron."

McCarthy had earlier called her a "lame duck" for rejecting his GOP picks for the Capitol riot probe.

According to White House press secretary Jen Psaki, President Biden is onboard with Pelosi’s selection of Republicans to investigate the Capitol riots, according to The Hill.

"His goal is the same goal that Speaker Pelosi has, which is to get to the bottom of what happened and prevent it from happening in the future," Psaki said.

"And he trusts her leadership to do exactly that."