A ‘plume of warm air’ is set to bring widespread sunshine for the Jubilee bank holiday – providing a boost for street parties and outdoor events.

Forecasters predict ‘plenty of dry weather with sunny spells’ and it will ‘feel warm in the sunshine’.

But they added temperatures are only likely to reach the low 20s Celsius at best and nowhere near those recorded on the hottest day of the year so far, when Heathrow Airport reached 27.5C (81.5F) on May 17.

Umbrellas and raincoats also may still come in handy for revellers as there is a chance of ‘some more unsettled, showery conditions developing for some parts of the UK’.

Meteorological Office spokesman Richard Miles said: ‘The forecast for the Jubilee weekend itself is still subject to quite a bit of uncertainty.

‘The warm plume is air on the continent to the South East of the UK and the interaction between that and an area of low pressure moving north from the Bay of Biscay is what could cause the showers. 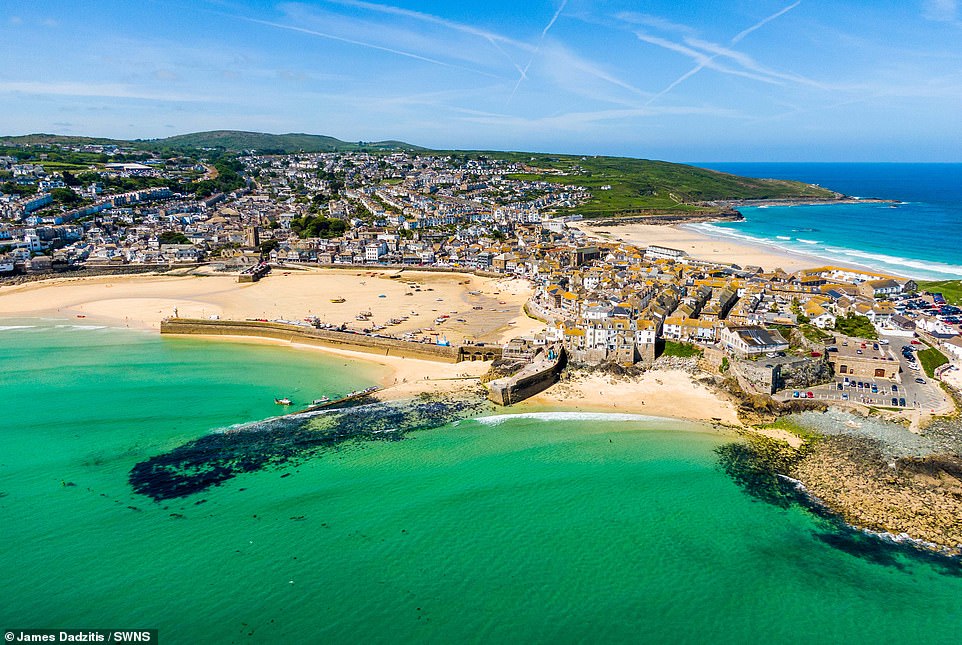 A spectacular aerial view of St Ives in Cornwall today, capturing the blue skies and stunning beaches of the resort 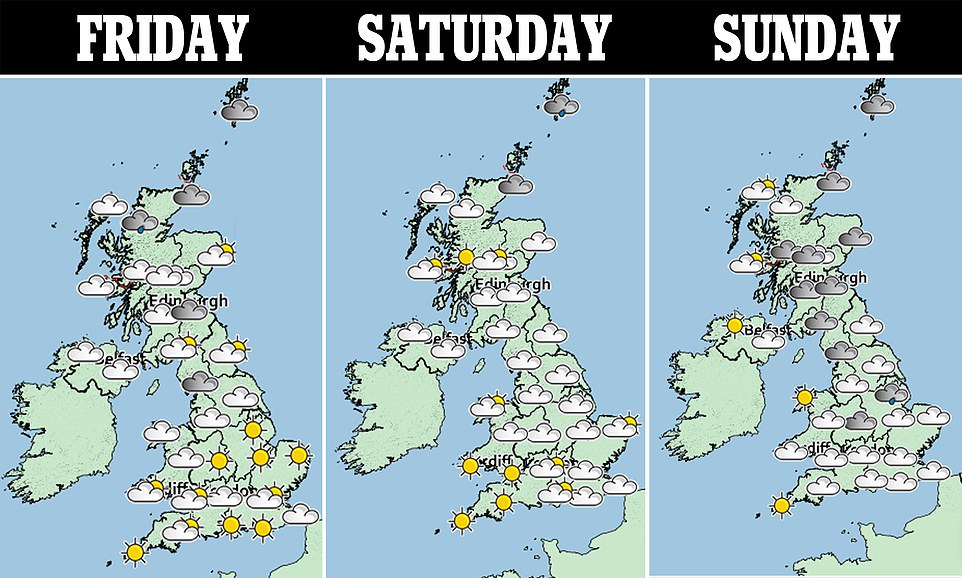 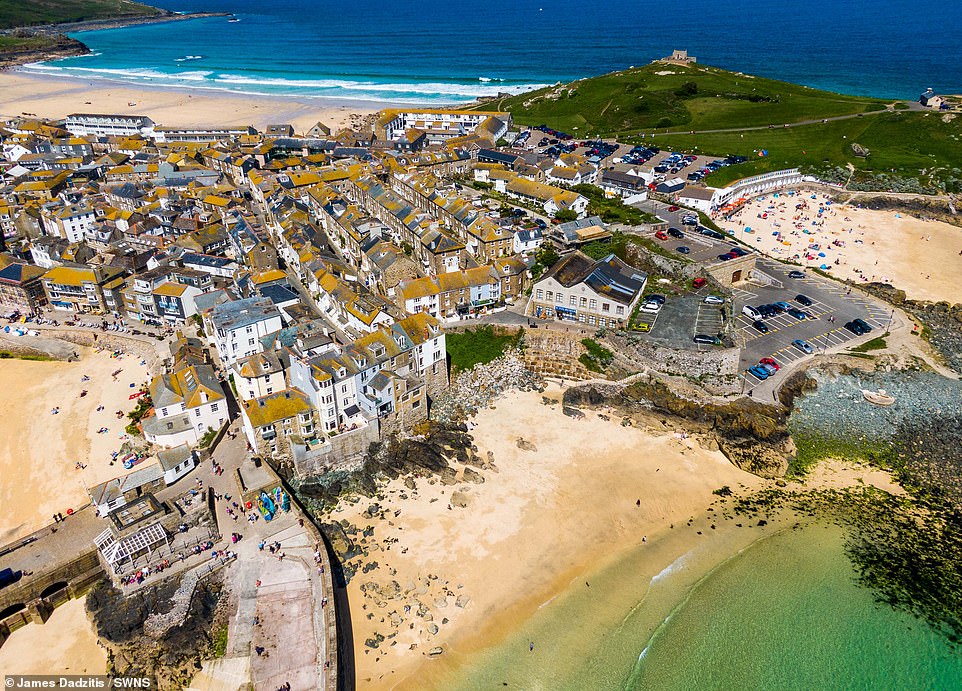 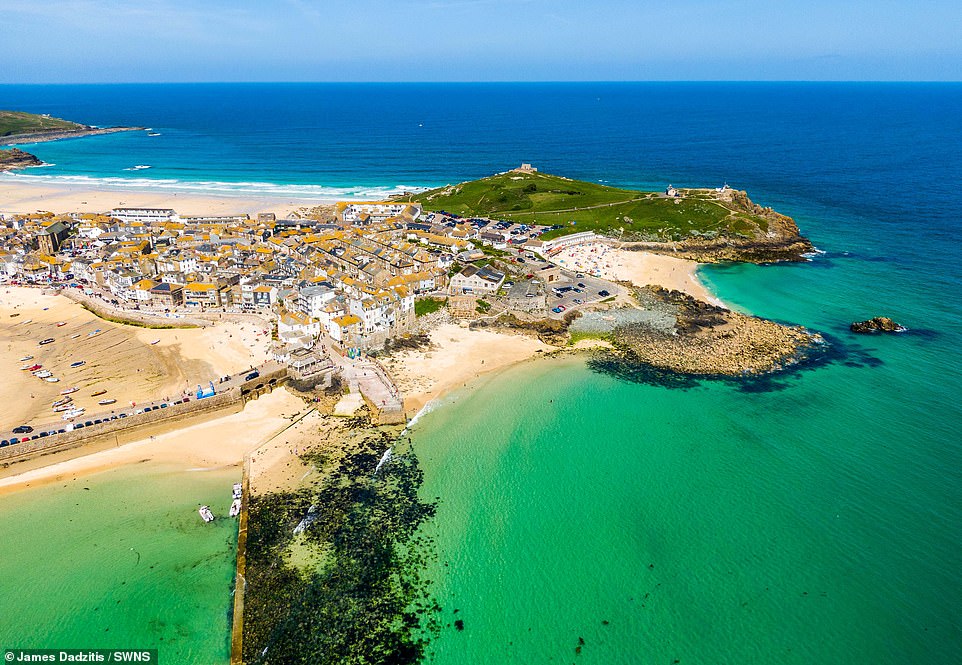 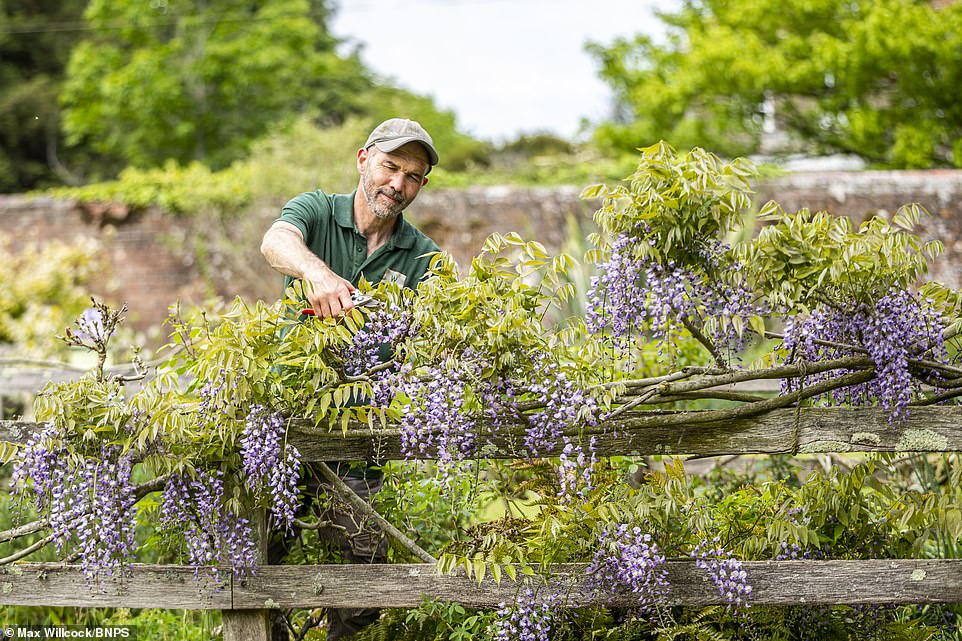 A gardener prunes a colourful wisteria plant winding along an old fence at The Walled Garden in Moreton, Dorset, today 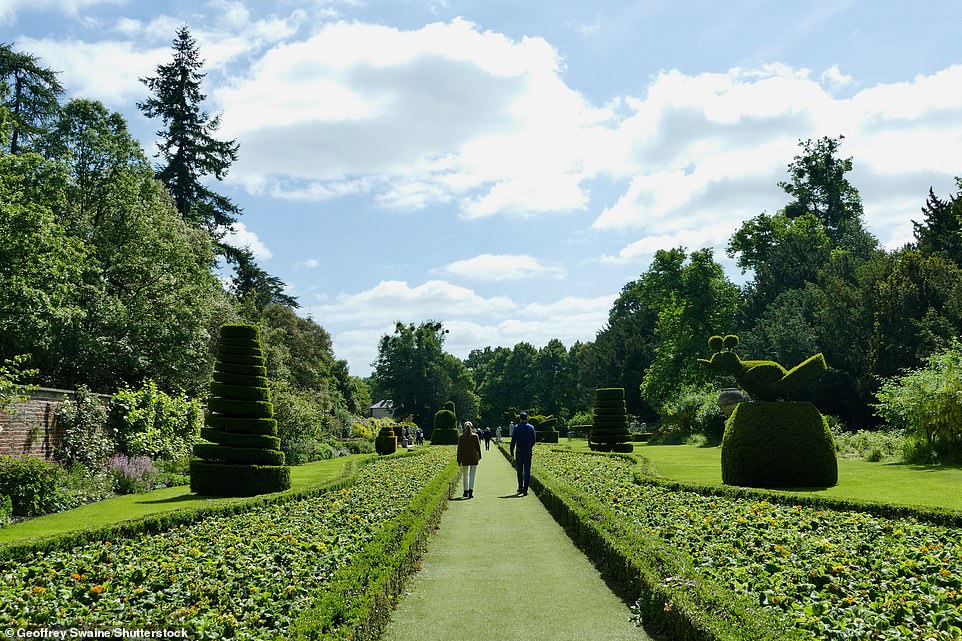 People make the most of the lovely weather today as they enjoy a walk through Cliveden House in Taplow, Buckinghamshire

‘It looks as if we might have a West/East split. Our modelling at the moment favours drier conditions in the west, with the east and north receiving the slightly showery weather.

‘It’s too early for specifics about the temperatures but you would be looking at nowhere being above the very low 20s Celsius (high 60s Fahrenheit).’

The mostly upbeat forecast comes after a northerly airflow is set to bring a string of chilly, cloudy and showery days for the end of May.

Tomorrow, temperatures in southern England could climb to 20C (68F) or possibly 21C (70F) in isolated areas – but many areas are set to be quite cloudy with showers.

Temperatures are set to dip over the coming days, reaching highs of just 16C (61F) in southern England and Wales, and 14C (57F) further north as the cloud and showers move in.

In Newcastle-upon-Tyne, a chilly 11C (52F) is expected to be the maximum figure on Monday – colder than the Icelandic capital Reykjavik, which is set to reach 13C (55F). 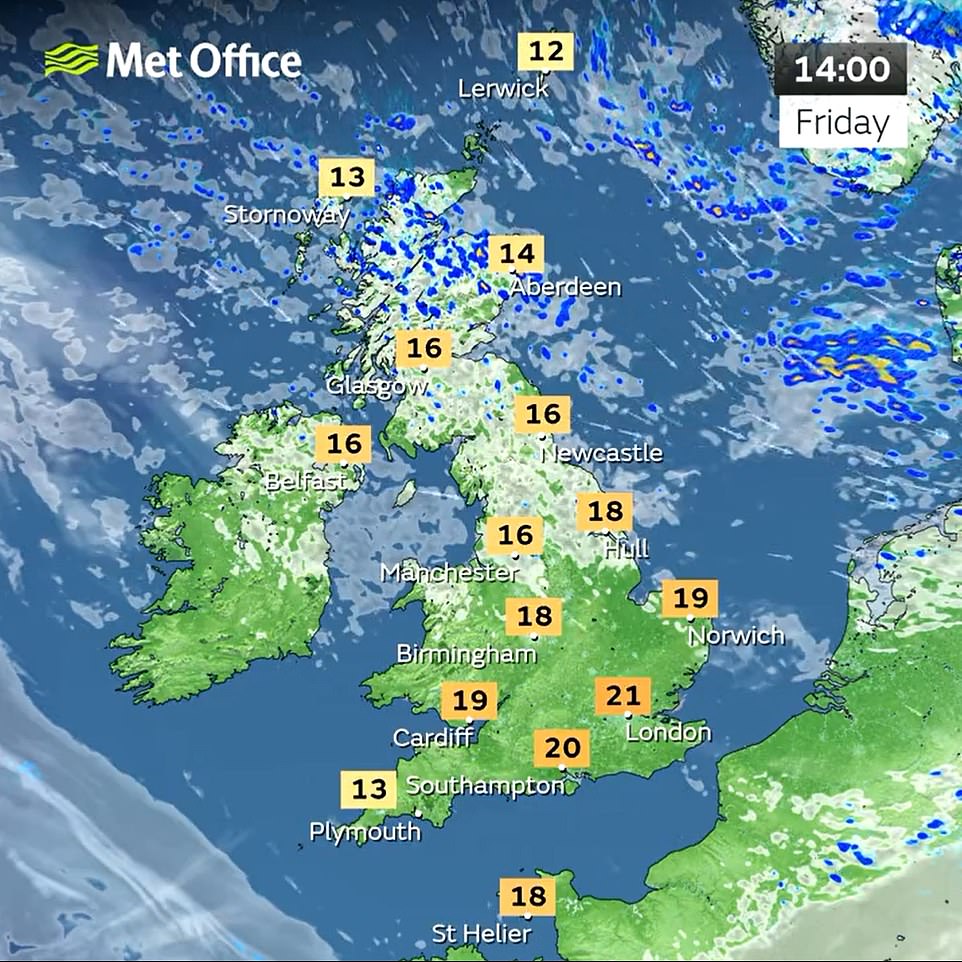 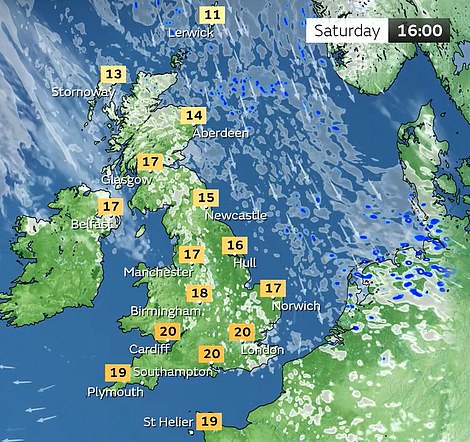 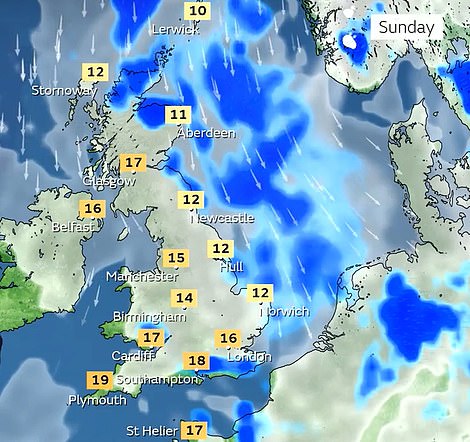 The cold air at the start of the coming week means the ‘warm plume’ could only have the effect of returning temperatures to around the average for June of around 19C (66F).

The Met Office said: ‘Temperatures are expected to recover to near average by the end of the week, but there’s still uncertainty as we look ahead to the Jubilee Weekend.’

Met Office deputy chief meteorologist Dan Rudman said: ‘Although the Jubilee Weekend is still a week away, what we’re keeping an eye on is how a plume of warm air behaves later in the week, which, despite returning temperatures to around average for the time of year, could also bring some showers as it moves in from the south and travels north on Thursday and Friday.’

After the Jubilee bank holiday and towards the middle of the month, the Met Office predicts fine and dry weather to predominate. It said more settled conditions ‘are increasingly likely, with most areas being drier than average overall’.

‘Winds will probably be generally light, although the odd spell of stronger winds will still be possible,’ the Met Office added. ‘Temperatures will possibly be warmer than average, although colder conditions could extend from the North East at times.’