Raging woman, 38, who battered her boyfriend’s ex with a medieval-style nail-studded plank in ‘ferocious unprovoked attack’ in front of her three screaming children is spared jail

Michelle Harrison, 38, launched a ‘ferocious unprovoked attack’ on beautician Sophie Moreton who was hit 12 times with the medieval-style wooden club.

Miss Moreton, 29, suffered serious injuries including a permanent dent in her forehead following the attack which was witnessed by her three children on August 1 last year.

After Harrison, of Warwick, admitted assault and was handed a 14-month sentence, suspended for two years, he victim said ‘How on earth is she not behind bars?’

But sentencing her at Warwick Crown Court, Recorder Francesca Levett said: ‘It was an appalling example of violence towards a woman in the presence of her children.

‘There were 12 separate blows, drawing blood in multiple places including her head, and causing ligament damage affecting her work and causing a financial impact.

‘The attack was unprovoked, and it was a substantial attack. The children were screaming and could clearly see their mother being attacked by you.

‘But I take into account your remorse, which I accept is genuine, and the efforts you have made to change your life since then.

‘It has been a close shave. Keep up the good work.’ 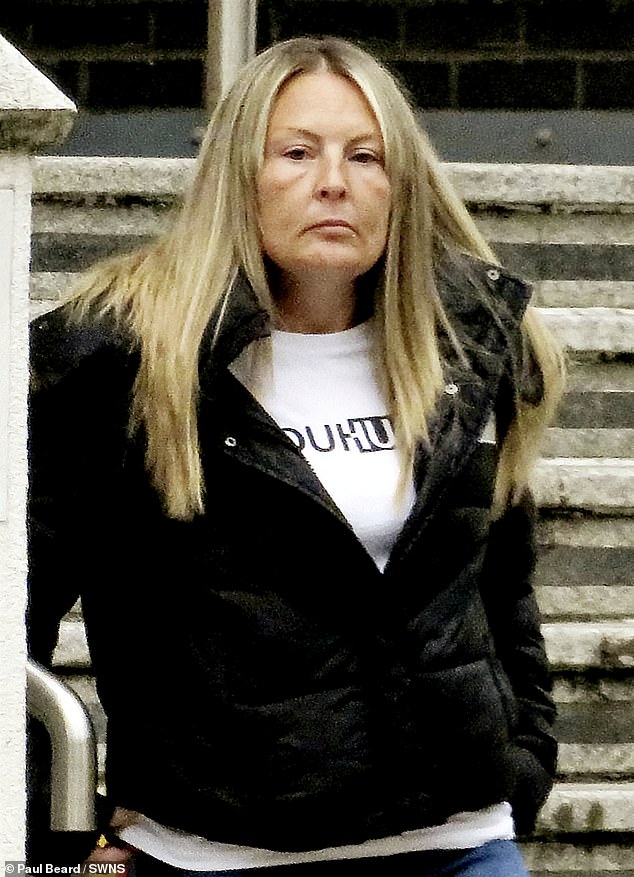 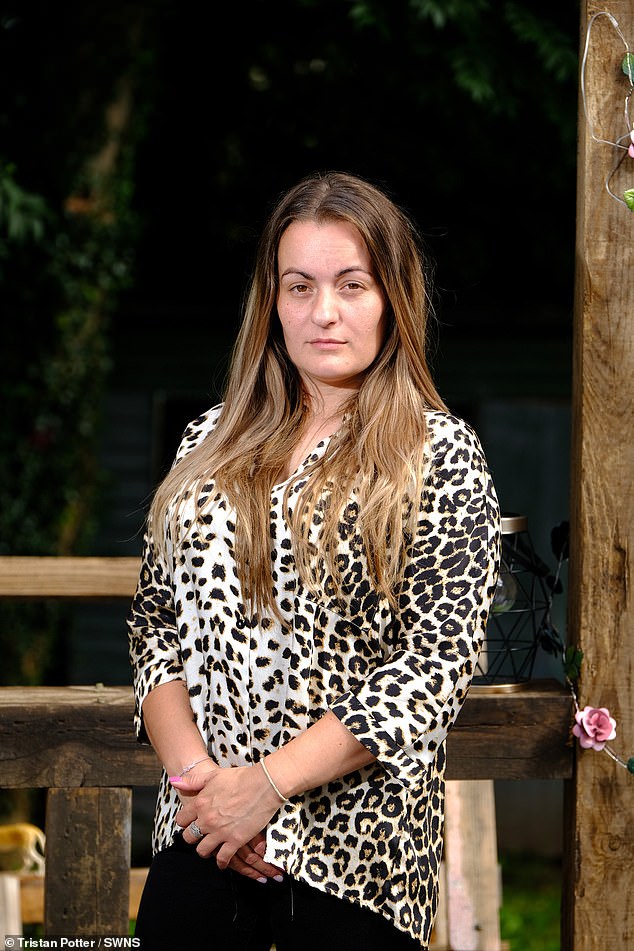 Miss Moreton, 29, suffered serious injuries including a permanent dent in her forehead

Harrison, who has five previous convictions for violence, was also handed a restraining order banning her from going near Miss Moreton or her home for two years.

The court heard Harrison was in a relationship with Miss Moreton’s former partner Nathan Turpin.

Graeme Simpson, prosecuting, said: ‘Sophie Moreton and the defendant are known to each-other.

‘The defendant was in a relationship with Miss Moreton’s former partner, and there was bad feeling between them.’

On the morning of August 1 last year, Miss Moreton took her three children to Mr Turpin’s home, but he said his new partner was ‘going to batter her’. 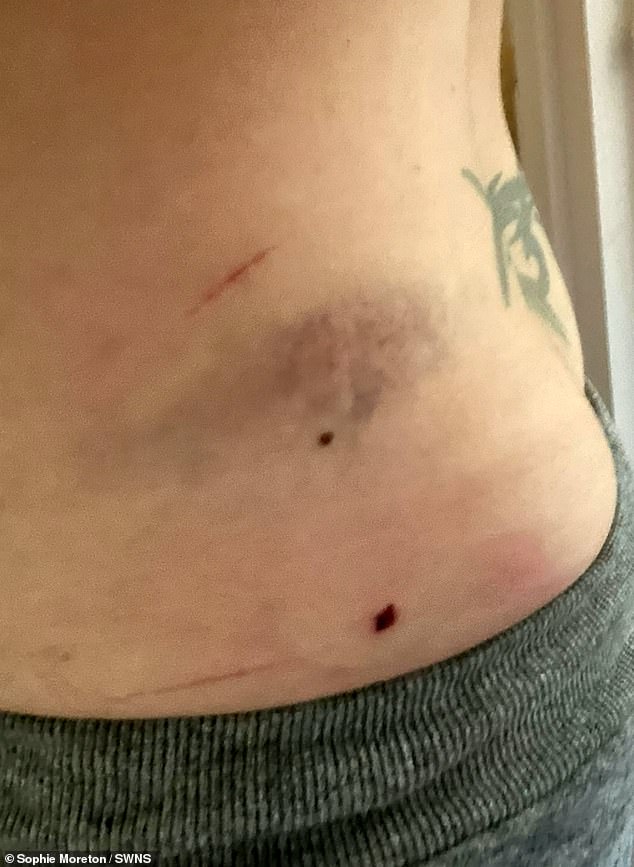 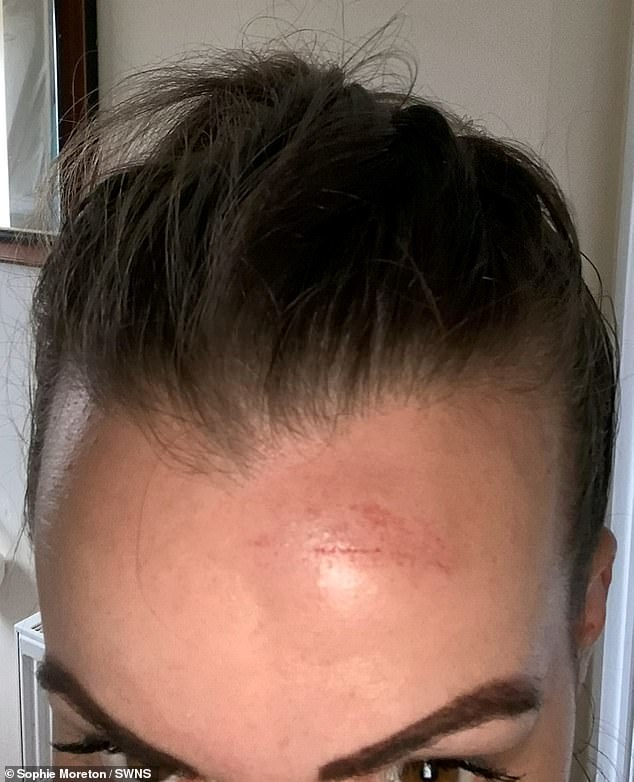 Mr Simpson said: ‘The defendant then stormed up to her with a plank of wood with a nail embedded in it at each end, and a ferocious attack ensued and she was struck to the face, head and neck.

‘As a result of the vicious attack, Miss Moreton suffered facial injuries and a number of puncture wounds.’

In a victim impact statement Miss Moreton said she now suffers from nightmares and psychological trauma.

Ian Gold, defending, said: ‘On the day in question my client was in a very bad mental and physical state.

‘She suffers from epilepsy and multiple personality disorder, and she was recovering from drug addiction.

‘She had very little recollection of the incident. She had wickedly beaten this lady in a savage way, and has regretted it from that day to this.’

She said: ‘I’m outraged by such a lenient sentence.

‘The attack has left me physically and mentally scarred. She lives round the corner and I’m scared to go out with my kids in case we bump into her.

‘How on earth is she not behind bars?

‘She attacked me, out of the blue, with a plank embedded with nails. What more did she you have to do to get jailed?’