Woman learns her mother’s fertility doctor is her biological father REVEALED: The unrepentant fertility doctor who used his OWN SPERM to inseminate his clients and was only exposed after his biological daughter used an ancestry website

A Texas woman’s world was turned upside down when she took a genetic history test and learned that a sperm donor she believed was her father, wasn’t her dad – her mother’s fertility doctor was.

Eve Wiley, 31, spent years looking for her father after she learned she was conceived by artificial insemination in 1987.  Fourteen years ago she traced her mother’s sperm donor Steve Scholl – known as Donor #106 – and over time they’ve built a loving father-daughter relationship.

But that relationship was rocked when she took genetic history tests on 23andMe and Ancestry.com and learned that her true father was fertility doctor Dr. Kim McMorries.

McMorries had quietly mixed in his sperm with that of the donor after the donor sperm failed to impregnate Wiley’s mother Margo Williams after five tries.

He used his own sperm that he donated to a sperm bank from his medical school days – and succeeded in getting her pregnant.

But he didn’t tell a soul.

Dr. McMorries has now defended his actions, claiming they were ‘acceptable practice for the times.’

‘I had no idea, 33 years ago, the importance of an offspring’s desire to know their biological identity. At that time, the anonymity was supposed to be permanent,’ he added. 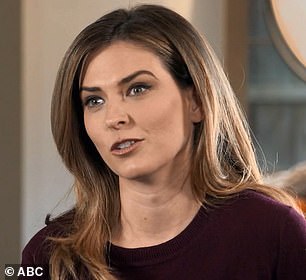 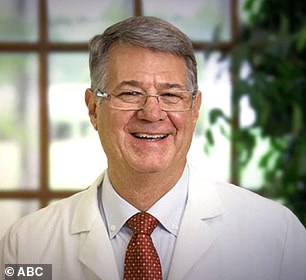 Texas woman Eve Wiley, 31, was shocked to learn that her mother’s fertility doctor Dr. Kim McMorries (right) is her biological father after he artificially inseminated her mother using his own semen, without her knowledge. The truth finally came to light after Wiley took 23andMe and Ancestry.com tests. 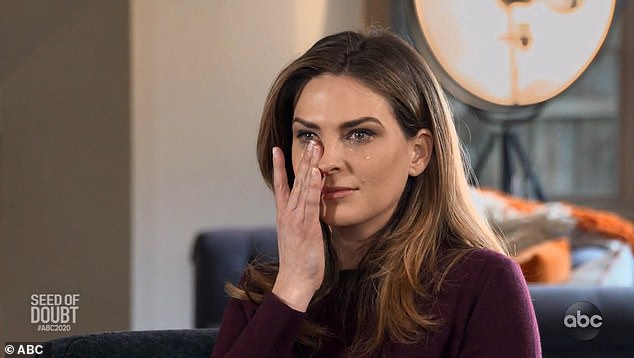 ‘I said “Oh s**t. That is my mom’s fertility doctor.” I think at that point it was — I was just in shock. I was in shock,’ Wiley said on learning her true father’s identity on ABC’s 20/20 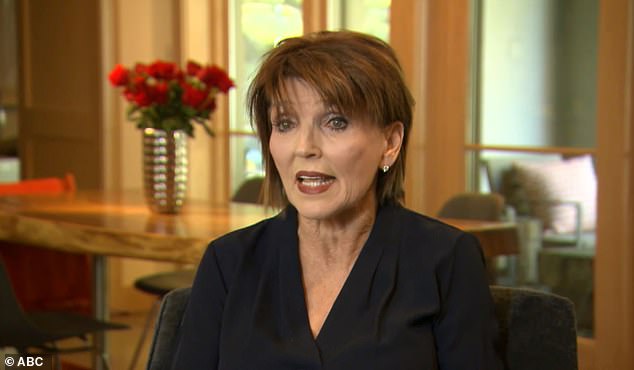 But the truth finally came to light when Wiley decided to learn more abut her family and medical health history and took the genetic 23andMe and Ancestry.com tests.

The hits however, didn’t match that of her believed sperm donor father Scholl who she spent years developing a close relationship with.

‘I call him dad. We say I love you,’ Wiley told the Dallas Morning News, referring to Scholl, ‘We spend holidays together and he actually officiated at my wedding.’

The hits of her genetic family tree matched her to someone in east Texas – where neither Scholl or his family ever lived. After she found a biological first cousin and traded information, she learned the truth.

‘I have one uncle,’ her first cousin said when Wiley asked him about his family. ‘He lives in Nacogdoches, Texas, and his name is Kim McMorries.’

Neither Wiley nor her mother ever knew that McMorries had used his semen in the procedure.

The family even has a picture showing McMorries carrying her in his arms after delivering her.

‘It looks like he’s holding me like a prize. You can see him smiling through his mask with his eyes, and he’s holding me up… It’s his little secret,’ Wiley said on the photo.

Sharing the hard news to Scholl and her mother, broke Wiley’s heart.

‘Having to tell Steve and having to tell my mom. Those were the two most difficult conversations I have ever had in my life,’ she said.

‘I was just in shock. I was shaking. I couldn’t believe it. I really trusted him,’ her mother Margo Williams said.

McMorries then replied in a letter saying that Donor 106 failed to impregnate Wiley’s mother six times, leaving him to resort to mixing Donor 106’s sample with another local sample.

Mixing was a practice he claimed he learned in medical school to increase the chance of conception.  The doctor claimed that Williams was on board with the mixing plan.

When Williams is asked if she knew he was using local donor sperm she shook her head and says, ‘Absolutely not. That never happened.’ 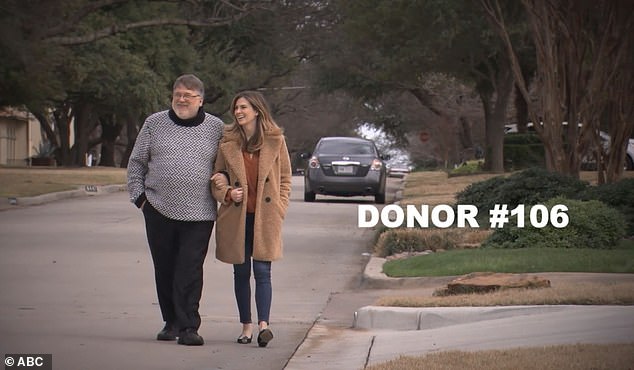 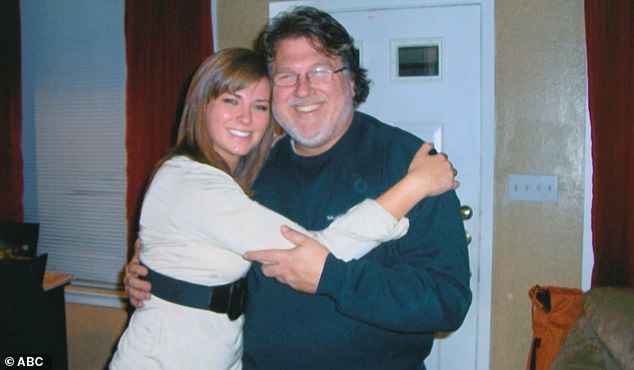 ‘Having to tell Steve and having to tell my mom. Those were the two most difficult conversations I have ever had in my life,’ Wiley said on breaking the hard news to Scholl 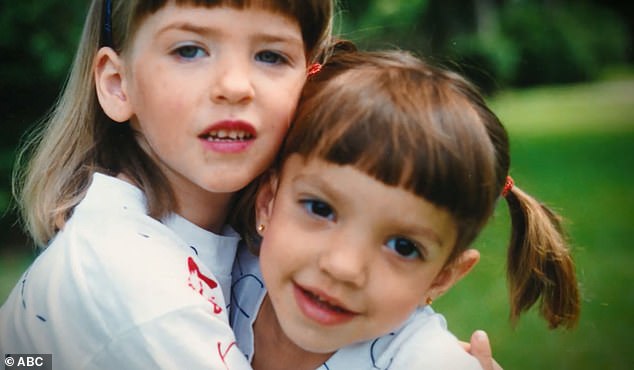 She said she didn’t want to mix to avoid the chance of Wiley growing up and discovering she had a half sibling in town.

Nonetheless McMorries fetched his own sperm from his donor days back in medical school and continued with the fertility treatment.

Though McMorries declined to be interviewed for the ABC special, he maintains he couldn’t tell Williams that he was using his own sperm because of an anonymity agreement he signed when he made the donation.

He argued ‘there is no law that requires the disclosure of donor identity’. 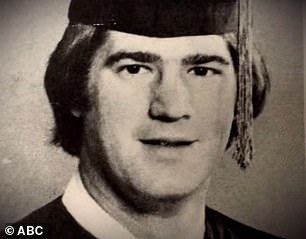 In Texas, the act is not considered a crime as the state does not include rape by deception charges.

But Wiley wasn’t satisfied and asked if he had inadvertently fathered any other children in the same way.

The doctor said he knows of one to two other women who became pregnant after he mixed his semen in with a donors.

‘It is easy to look back and judge protocols/standards used 33 years ago and assume they were wrong in today’s environment,’ Dr. McMorries wrote. ‘However, it was not wrong 33 years ago as that was acceptable practice for the times.’ 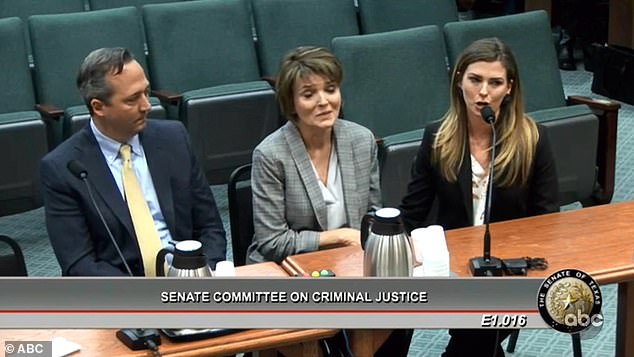 Wiley is now lobbying for a change in the law in a bid to make it a sexual assault offense if a health care provider implants human sperm, eggs or embryos from an unauthorized donor

His lawyer defended him saying: ‘Dr. McMorries is a good and fine man who is an excellent, well respected ob/gyn. He has a reputation for trying to help his patients as much as he possibly can.’

Wiley is now lobbying for a change in the law in a bid to make it a sexual assault offense if a health care provider implants human sperm, eggs or embryos from an unauthorized donor.

She has visited more than 20 legislative offices to press for passage of bills that would change the law in Texas to categorize fertility fraud as sexual assault.

‘It’s really important to protect vulnerable people,’ she told The Dallas Morning News. ‘You spend a lot of time with those doctors. There’s a lot of trust. You are trusting them and you are incredibly vulnerable.’

If the bill goes into law then offenders can expect a punishment of between six months and two years in jail and a fine of up to $10,000.

The Senate Criminal Justice Committee have unanimously approved the bill and sent it to the full Senate.