Wooed by China, Solomon Islands to cut ties with Taiwan

Sydney: The Solomon Islands intends to sever diplomatic ties with Taiwan and align itself with Beijing, the leader of a high-level government team representing the South Pacific archipelago has said. 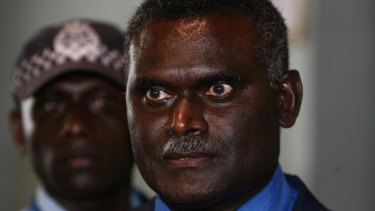 The switch, which still needs to be formalised, would be a prize for China in its bid to peel away allies from what it considers a wayward province with no right to state-to-state ties. Only 17 countries now recognise Taiwan.

Solomons lawmaker Peter Shanel Agovaka told a parliamentary committee that after four decades of independence and a long-term alliance with Taiwan, it was time to make a change.

"We cannot sit for the next 40 years with our friends Taiwan. It is time that we make new friends – it's time that we should move on with our life," Agovaka said on Wednesday, according to a recording of the meeting in the capital Honiara.

"Our new relationship will deal with a One China policy; a One China policy that recognises only Beijing as the official government administration," he said in the recording, a copy of which was obtained by Reuters.

The meeting was open to the public, but the recording has not been broadcast.

Agovaka is a senior minister and leader of a government team convened recently to speak directly with Beijing.

The government is waiting for a task force report on the issue before it formally decides on a switch to Beijing.

The task force is dominated by lawmakers who support a diplomatic change, two political sources with direct knowledge of the issue told Reuters.

China and Taiwan have fought a tug-of-war for diplomatic recognition in the South Pacific for decades, with some island nations switching allegiances for financial gain.

The South Pacific has been a diplomatic stronghold for Taiwan, where formal ties with six of the 16 island nations make up more than a third of its total alliances.

Commenting during a regular daily news conference in Beijing, China's Foreign Ministry spokesman Geng Shuang would only say that China was willing to have relations with all countries on the basis of the "one China" principle. That refers to China's stance that Taiwan and it both belong to one China.

Taiwan said it is watching developments in the Solomons.

"Relationship with Solomon Islands currently is stable, but we are closely monitoring the situation and development," said Joanne Ou, spokeswoman for Taiwan's foreign ministry.

Solomon Islands has been assessing its Taiwan alliance since new Prime Minister Manasseh Sogavare took control after a general election in April and started looking for ways to improve the country's economic prospects.

The former British protectorate, an archipelago of just over 600,000 people, relies on timber exports to generate income.

The Solomons have recognised Taiwan since 1983. It is the largest of the Taiwan-aligned Pacific countries, with access to the airfields and deepwater ports dating back to World War II.