Beijing: Chinese President Xi Jinping has told Vladimir Putin that his actions on Ukraine were legitimate, reasserting China’s support for the Russian President on issues of sovereignty and security.

Xi told Putin that he “noted the legitimacy of the actions taken by Russia to protect the fundamental national interests in the face of challenges to its security created by external forces,” according to Moscow’s official readout of their phone call. 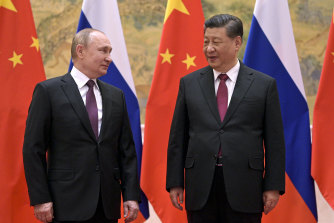 China has refused to criticise Russia’s invasion of Ukraine or even to refer to it in such terms, while accusing NATO and the West of provoking Moscow into attacking.

Xi also said “all parties should responsibly push for a proper settlement of the Ukraine crisis,” according to the official Xinhua News Agency. He has sought to avoid repercussions from supporting the Russian economy amid international sanctions.

The Kremlin said in its account of the call that Putin “outlined his fundamental assessments of the situation in Ukraine”. 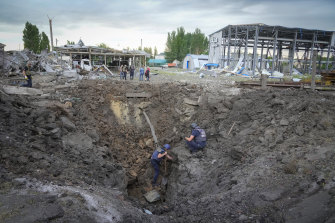 In February, before the Russian attack, Putin and Xi met in Beijing and oversaw the signing of an agreement pledging that relations between the sides would have “no limits”. It remains unclear whether Xi knew at the time of Russia’s plan to invade Ukraine.

In that meeting, the two leaders pushed back against US pressure, declaring their opposition to any expansion of NATO and affirming that Taiwan is a part of China.

Xi told Putin on Wednesday that China “was willing to work with the Russian side to promote the steady and long-term development of bilateral pragmatic cooperation,” Xinhua reported.

“China is willing to, together with Russia, continue to support each other on issues concerning core interests and major concerns such as sovereignty and security.” 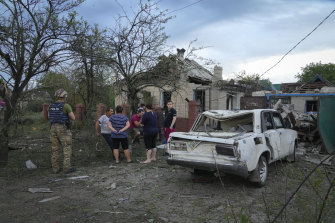 Moscow and Beijing have increasingly aligned their foreign policies to oppose liberal democratic forces in Asia, Europe and beyond, making a stand for authoritarian rule with tight borders and little regard for free speech, minority rights or opposition politics.

The three European leaders would be the highest-profile visit to Ukraine since the invasion.

Russia has further tightened its grip on European energy markets by curbing gas shipments by about 60 per cent. Germany said the move was politically motivated “to unsettled and drive up prices”.

US President Joe Biden called Zelensky and vowed to provide an additional $US1 billion ($1.4 billion) in military aid. It will be the largest single tranche of weapons and equipment since the war began. The aid will include anti-ship missile launchers, howitzers and more rounds for the High Mobility Artillery Rocket Systems – all key weapons systems that Ukraine has urgently requested.

The head of Ukraine’s military said Russia was attacking the north of Luhansk region in the east from nine directions simultaneously on Thursday morning (AEST).

“The fierce struggle for Luhansk region continues,” Valeriy Zaluzhny, commander-in-chief of the armed forces, said in an online message. The Russians were using aircraft, rocket-propelled grenades and artillery, he added.

US Secretary of State Antony Blinken earlier said it was up to Ukraine to make any decisions about territorial concessions to end the war. He said the US and allies were working to make sure Kyiv received the help it needed to have a strong hand on the battlefield.