Young NYC homeless to get $1,250 each month in city-backed study

Young homeless people in the Big Apple will soon be getting $1,250 in no-strings-attached cash each month — in a $2.5 million city-backed experiment to see if they use it to get off the streets and try to get jobs.

The “Trust Youth Initiative” – partially funded by the city – will start with up to 40 homeless people ages 18 to 24, “especially Black, Indigenous, Latinx and LGBTQ youth,” the organizers said in a release.

They will get the monthly cash for up to two years, with no limits on how they spend it — and larger up-front payments available to get into housing. 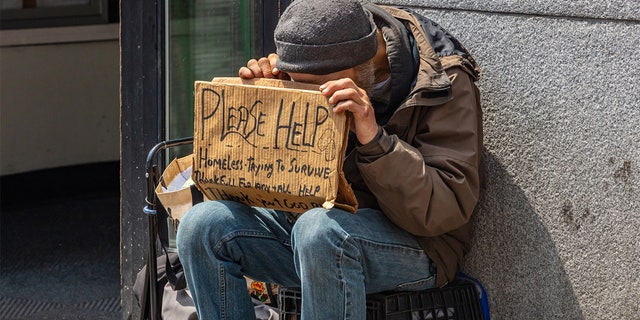 A “rigorous evaluation” will then “compare the outcomes and experiences” of the target group with others getting smaller stipends and regular homeless services, such as access to shelters, City Hall said.

“The project’s flexible approach aims to improve young people’s stable housing and well-being by providing the means to afford the types of housing they choose and the supports to make investments in their own goals, education, and career development,” City Hall said in a release.

The project – which will open to “significantly more youth” in later phases – will cost $2.5 million, with $200,000 from the city and another $300,000 raised through the Mayor’s Fund to Advance New York City, which is chaired by first lady Chirlane McCray. The rest will come from private donations from various trusts and foundations.

Mayor Bill de Blasio said the cash “will help uplift young people and reinforces our commitment to ending youth homelessness once and for all.”

“A Recovery for All of Us requires embracing innovating solutions to our most pressing challenges,” he insisted in a statement.

“New York City is the place many young people from towns and cities across the country look to for hope and a home, particularly LGBTQI youth who disproportionately experience physical and mental health challenges, and higher rates of homelessness and unemployment,” McCray said.

The study was developed by Chapin Hall at the University of Chicago and Point Source Youth, which said in a joint release that “direct cash transfer programs are supported by a vast international evidence base.”

“Contrary to common beliefs, studies show that cash transfers to people experiencing adversity do not result in money poorly spent, increased substance use, or reduced motivation to work,” the release stated.

“Evaluations have found that recipients mostly spend cash assistance on basic needs, that the financial support has helped people engage in education and productive employment, and that these programs tend to reduce risky behaviors and negative health outcomes.”